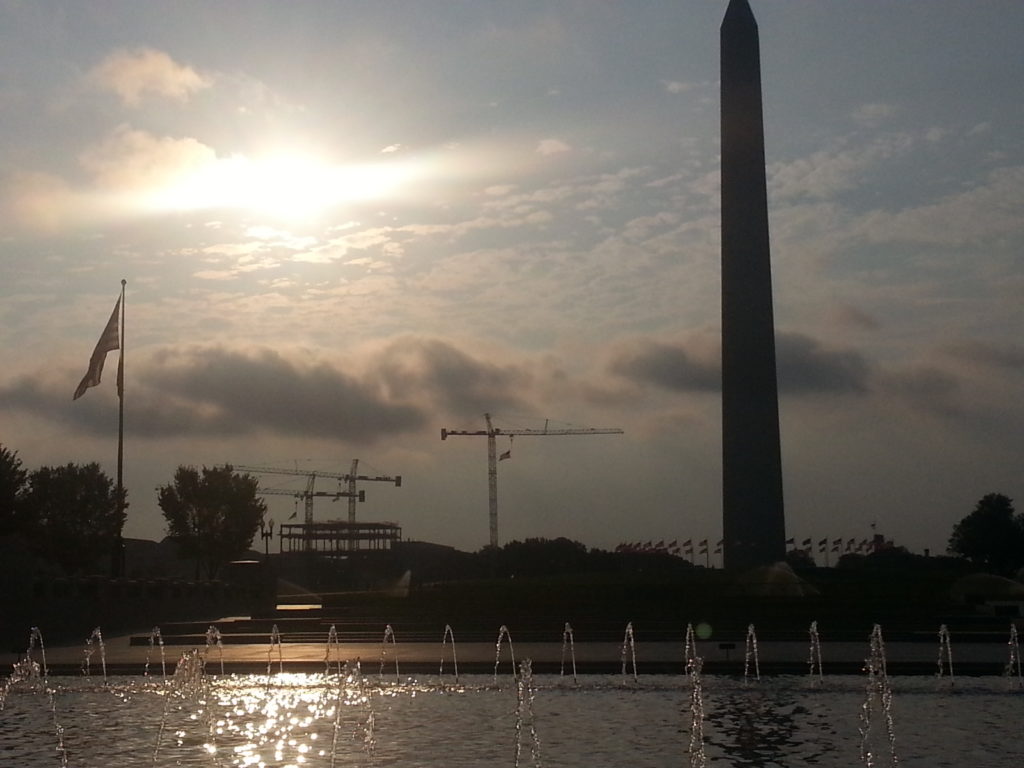 On the evening of November 8, I anchored nearly nine hours of live coverage of the US presidential election on Alpha Geek Radio for the Our Political Essay network. That network, which I began in February of this year, was dedicated to a respectful, authentic, journalistic, and intelligent discourse amongst millennial college-aged voters during the 2016 election. With conservative and liberal reporters from across the spectrum, Our Political Essay has boasted a wide variety of voices. That evening, all of them fell silent.

The coverage I anchored, which was co-hosted by Dominic Cichocki, attempted to remain as objective as possible throughout the evening. Our Political Essay had not endorsed a candidate or ballot initiative, and while about 70 percent of the staff has openly liberal values, the broadcast’s effort was to leave them at the door. For both the hosts and guests of the program, this became increasingly challenging.

As Cichocki detailed in the broadcast, he is an openly gay man who felt genuinely disturbed by the rhetoric of Donald Trump’s campaign. Our chatroom and guests became increasingly frantic at the prospect of the real estate mogul’s impending victory, and at three in the morning, our broadcast ended in a fashion none of us had expected: calling Trump’s victory after surpassing 270 electoral votes. (We remained live longer than Five Thirty Eight, NPR, and other webstreams in an effort to call the election at 270.)

That Wednesday morning, I walked into Columbia College Chicago, a liberal safehaven for many, as the school boasts especially progressive ideals, a large LGBT community, a number of students of color, and an even split between male and female students. The students, those who were there, were despondent beyond anything I’d ever seen in a social setting. It was as if somebody close to each of them had died an unexpected, tragic death the night before.

In a way, that was the case. After eight years of a historically progressive Obama presidency, the Democratic party was sent home packing at nearly every level of government. Even conservative projections the likes of Nate Silver’s Five Thirty Eight Forecast were abysmally inaccurate. The next four to eight years will see a Republican presidency, Senate and House, and Supreme Court.

The progressive ideals that those Columbia students live and thrive by were widely rejected by the country. Hillary Clinton didn’t energize communities she was supposed to, and she lost historically liberal voters. (For example, what I call the “Springsteen vote,” which is union-based labor workers in the rust belt that opted for Trump’s promises of manufacturing and coal over their historic ties to liberal candidates.)

At Our Political Essay, even the conservative reporters at the publication were dismayed. As Hunter Estes, a correspondent from Georgetown University, detailed in our evening’s broadcast, Trump’s political rise was concerning to those who held traditional conservatism and Republican values closely. Trump’s candidacy wasn’t just a rejection of the Clinton Machine and a Democratic government, but a veiled condemnation of the party in which he ran. The Republicans experienced a coup d’etat despite their victory.

Every bit of liberalism at schools like Columbia can be matched by the creative energy of its students. In the weeks following the election, Columbia students have peacefully protested, built art exhibits expressing the plight of LGBT and colored America, and pontificated in their publications. This, of course, is happening around the country.

As Candice Littleton, a contributing writer here on Classic Rock History, pointed out in her most recent article, the music community has echoed similar sentiments to those aforementioned students. From Death Cab for Cutie’s new track that Littleton discussed, to Run The Jewels’ latest release, ‘2100,’ the music scene has begun to plant its flag in the ground in defiance of Trump.

(In the humble opinion of this Bob Dylan fan, Wesley Stace’s ‘Hey, Mr. Tangerine Man’ is one of the best political tunes this cycle.)

The importance of artistic and musical expression in times of American political strife has been paramount in crafting the social conscious of the United States, even long before Dylan picked penned ‘Blowing in the Wind’ in 1962. It will be again, especially because those who champion liberal causes have no major part of the federal government in their corner. For at least the next four years, the liberal voice of America can only be as strong as those who march and write songs.

Prior to the Democratic Convention, many millennials and musicians supported Bernie Sanders for president. In fact, the anti-Clinton rhetoric within that community likely contributed to the array of issues that Clinton had securing traditionally Democratic voting blocs on election day. When Our Political Essay covered the March for Bernie in Chicago, there was energy for Bernie, not for the Democratic Party. In fact, many boasted signs saying “Bernie or Bust” and the like.

Sanders supporters, despite their qualms with Clinton, would surely settle for her agenda over anything in a Trump presidency. In the fervor for his campaign, however, Sanders accidentally created a rift between my generation and the party he was running within. By the time he had dropped out and attempted to remedy this issue, the damage was already done.

The Sanders voter gone awry didn’t throw the election, but it didn’t help the narrative that Democrats were trying to piece together throughout it. Thus, that is one thing liberal-leaning artists will have to discern in the next four years: how to unite their progressive ideals through their artistry in an effort to band together in a cohesive, effective way in 2020. Every piece of criticism of Trump should be layered further with promotion of a progressive agenda that offers an alternative to Trump.

Put plainly, artists will poke and prod at Trump for the next four to eight years. In condemning the new president, though, they must lay the groundwork for progressive unity that brings more voters out in key areas for their cause in 2020. (Note: in key areas. Yes, Clinton did win the popular vote, but she won it in the wrong places.) Furthermore, they must offer valid and reasonably articulate solutions to the issues that arise with Trump.

“How many roads must a man walk down before they will call him a man?” is a lyric had a profound impact on Pops Staples. As a black man in America, he understood how difficult it was to have his own society acknowledge him as his own man. That lyricism helped promote the change that Dylan wanted to see, and he did it by layering his songwriting with both criticism and compelling insight toward a better future.

Right now, my generation is in mourning. All of those art students at Columbia and around the country, though, should turn their gaze toward their craft and the immeasurable impact it can have. Donald Trump had the hearts and minds of his supporters. Often times, Clinton only had the latter of hers. The next step for liberals and artists is to start changing hearts again. Then, and only then, is a change gonna’ come 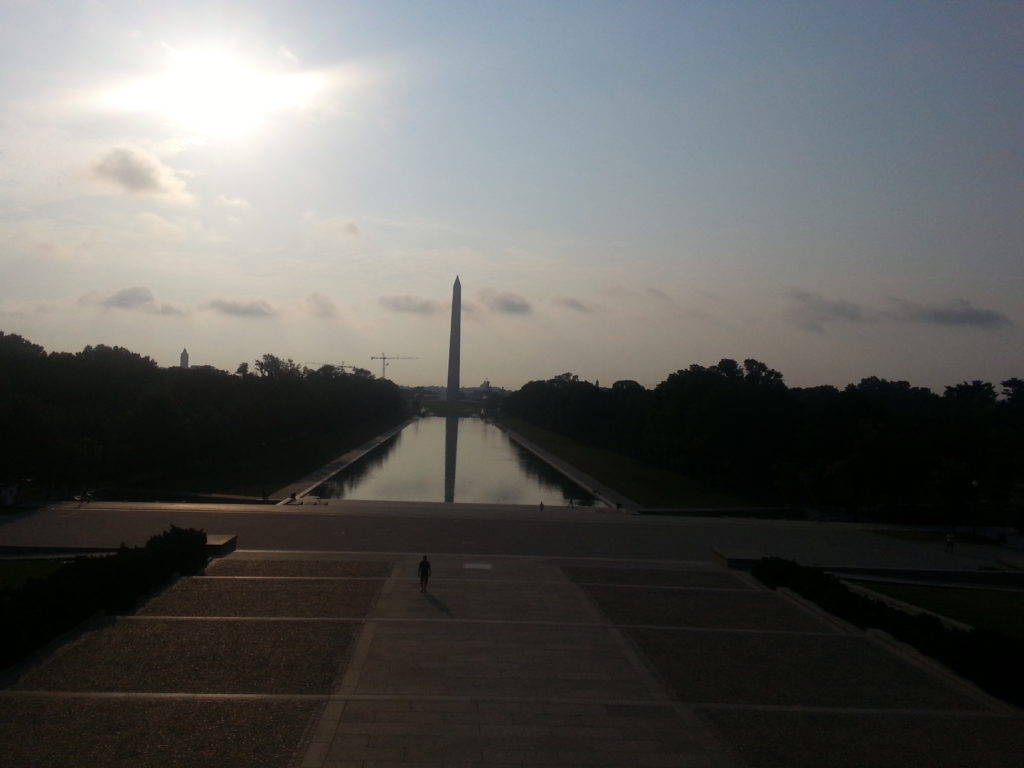 (Editors note: Brett Stewart is an incredibly gifted writer and artist. I highly recommend visiting his musical site for an excursion into deep thought and musical prose.) 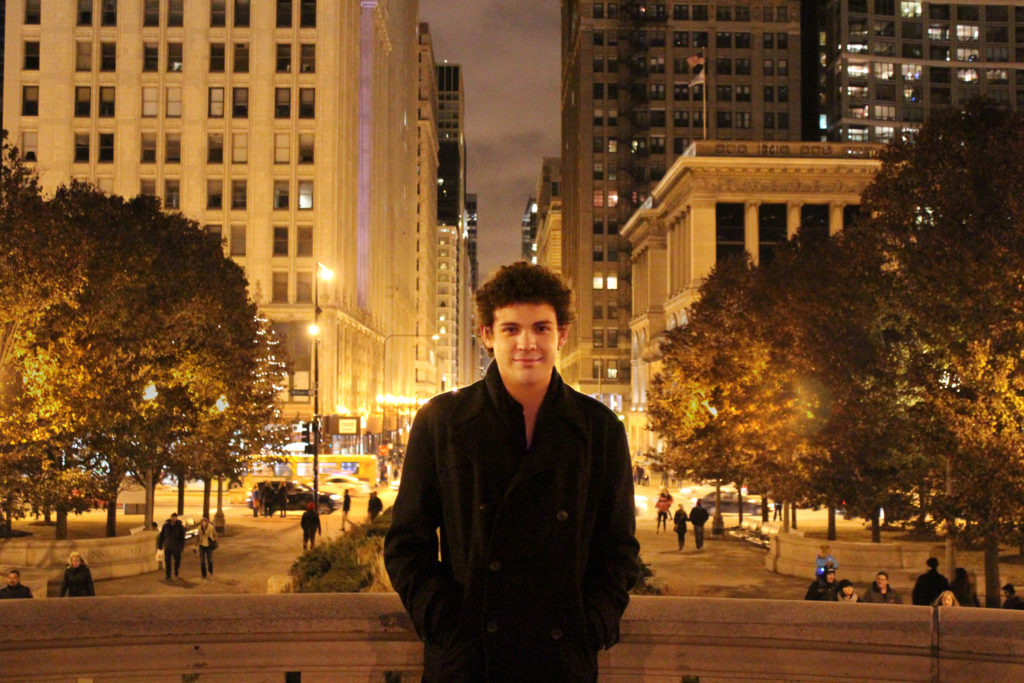