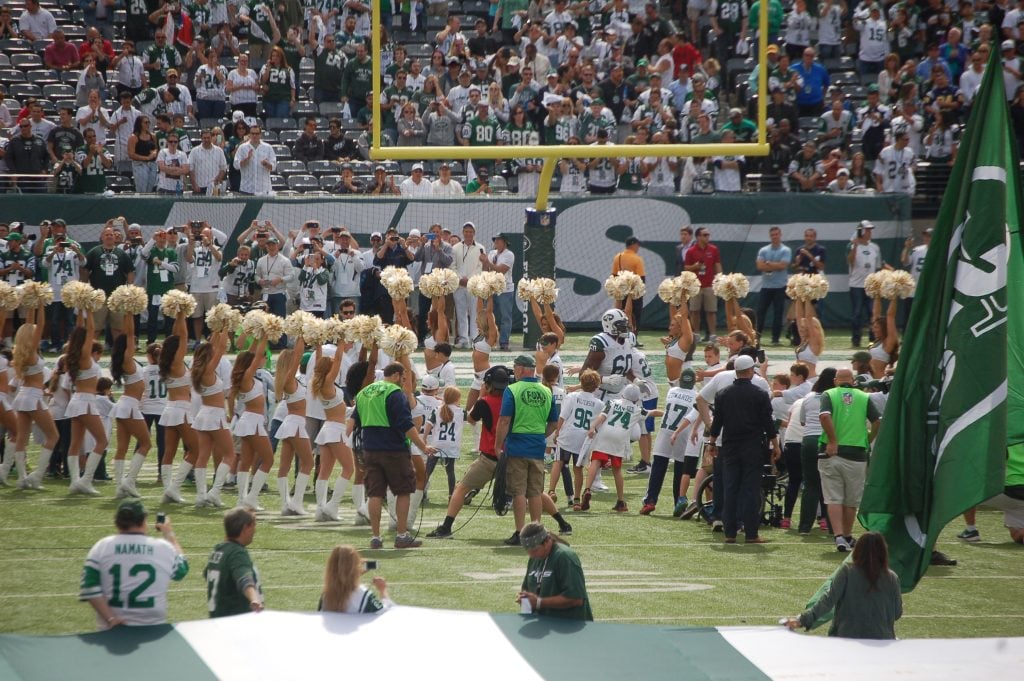 On December 27th,  2015 at MetLife Stadium, the New York Jets asked their fans to choose the rock song of the day. On the scoreboards at MetLife Stadium fans were asked to choose between the Kiss song, “Rock and Roll All Night,”  the Beatles song, “Helter Skelter”, The Ramones song, Blitzkrieg Bop, or the Led Zeppelin song, “Black Dog.” The question was asked of the fans early in the second quarter. The game was a sellout as the New York Jets were playing the New England Patriots. The Jets playoff chances were on the line as they desperately needed a victory to have a chance to reach the postseason. Because of the high stakes, the crowd was going wild from the opening kickoff. The stadium had asked the crowd in previous games to choose pop songs. However, this was the first time four major rock bands were pitted against each other.

Since the game was being held in New Jersey, one might have thought that the Ramones had the edge in the voting since they were from the Metropolitan area. However, the band Kiss also hailed from the New York area.But both bands were competing against the two greatest bands of all time in the Beatles and Led Zeppelin. So late in the third quarter, the the NY jets announced the winner. In a stunning upset, the Kiss song Rock and Roll All Night took first place with over forty two percent of the vote. In second place was the Ramones song, “Blitzkrieg Bop.” Coming at third was Led Zeppelin’s “Black Dog.” And its hard to imagine, but the Beatles came in last place in the voting. So in the end, it seem Jets Fans prefer Kiss over the Beatles.You may ask the question how could N.Y. Jet fans vote for Kiss over the Beatles, Led Zeppelin and the Ramones. It may be that the generation of young fans in the crowd have grown up playing a game called Guitar Hero that featured the song “Rock and Roll All Night”. Then again, who knows?  And by the way, the Jets defeated the Patriots in overtime in the most exciting game Jet fans have seen in years. 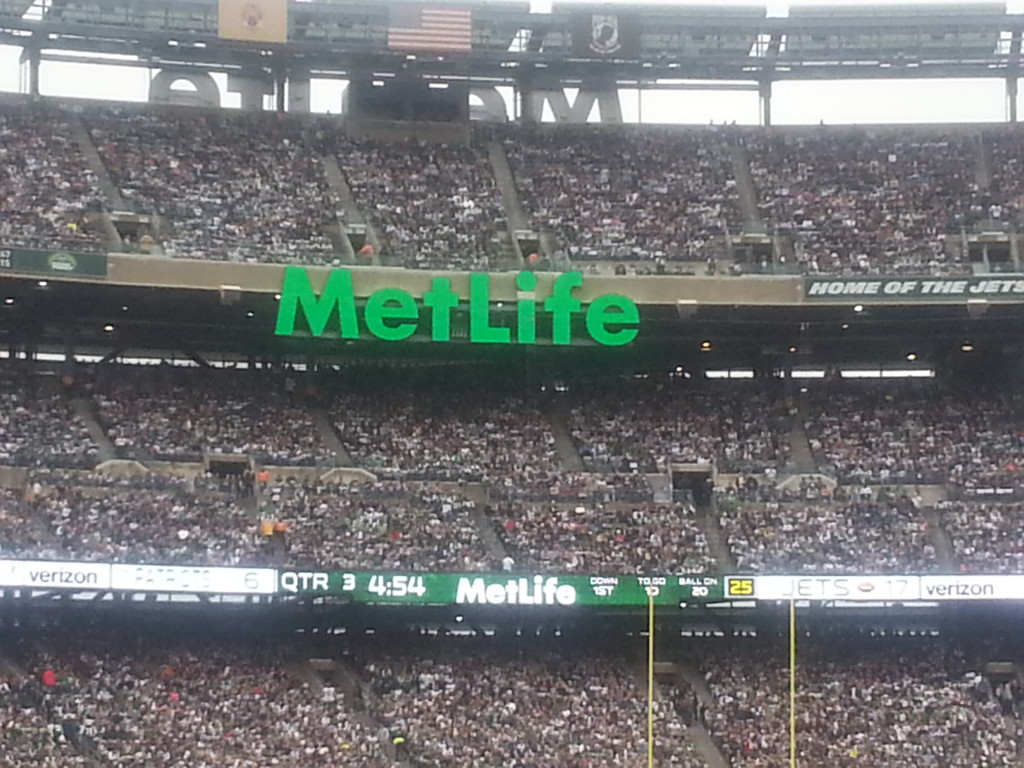 Watch NY Jets fans celebrating a wild overtime victory over the Patriots at the same game.