Its been over forty years since Blondie released their debut album in 1976. When historians refer to the new wave and punk scenes of the late 1970s, it is usually Blondie, Talking Heads, and The Ramones that get the most attention. Blondie was an American band that flourished during that interesting rock and roll period in the late 1970’s. At the time, disco music had been attacked by a new sound of rebellion in rock music. That revolution aimed to win back fans of early rock and pop that were mesmerized by the disco ball. In their first five years of recording, Blondie would maintain a certain flirtation between the genres of punk, new wave and yes, disco.

This Top 10 Blondie Songs list attempts to present the songs that defined them as an extremely successful popular music act that had maintained a long time following forty years later. Most bands are remembered simply for their music. Other bands are remembered for their images. The great ones are remembered as influencing culture though both image and content. While Blondie certainly inspired many rock acts, they were also themselves inspired by popular musical trends of their time period. This list provides evidence of that claim.

Starting out are Top 10 Blondie Songs list is a little-known track entitled “Man Overboard.” The song appeared as the opening track on side two of their debut album Blondie. That album was released in 1976. The band released three singles from their debut album. Those three singles, “X-Offender,” “In The Flesh,” and “Rip Her To Shreds,” all echoed 1950s do-wop stylistic harmonies, chord changes and melodic ideas. When listening to those songs, one can hear a rather strong influence specifically by the group the Shangri-Las. While many lists may choose one of the aforementioned songs on Blondie Top 10 Songs lists, the argument can be made that particular Blondie sound quickly disappeared during the next series of albums.

Blondie knew they had a special track in “Man Overboard,” based on just the simple placement as the opening track on side two. “Man Overboard,” makes this list because it was a preview of the Blondie sound that defined late 70’s new wave pop. Gone from “Man Overboard,” is the fifties influences. For the first time on the record, we were introduced to a sound that blended guitar-driven rock infused with decorative keyboard flourishes that supported a singer that sounded a little angrier than she did on the first side of the record. This would become the Blondie that hits its extremely big with their Parallel Lines LP only a couple of years later.

Blondie’s huge hit “Call Me,” in 1979 was one of those Blondie recordings inspired by musical trends of the late 1970s. The song was co-written and produced by Giorgio Moroder. The Italian composer was known at the time for his heavy synthesized soundtrack work for motion pictures. “Call Me,” was the band’s biggest single of their career. The song spent six weeks at No.1 on the Billboard Top 100 U.S. Music Charts. It also was listed as the No.1 song of the year in 1980 by Billboard magazine. You really can’t get more successful than that.

Blondie’s “Maria,” was released on their 1999 album No Exit. It was the band’s first album in seventeen years since their last release in 1982. Since CDs did not really become a part of mainstream culture until around 1984 -1985, Blondie’s No Exit is the band’s first new release ever issued on CD. The song “Maria,” became the band’s first UK No.1 hit. It can be easily argued that fans were just dying for new Blondie material and they ate it up instantly. And why not? “Maria,” is a great song that served as a welcome return by one very special band.

Well if you want to make a case on how musical trends impacted the music of Blondie, then look no further than the release of “Rapture,” in 1981. Released on an album that presented a wider variety of musical styles than any previous album, “Rapture,” was easily the band’s biggest stretch. In 1981, rap music had not really developed into its own genre yet. Because of the title and Debbie Harry’s mid-song rap, the song has been constantly classified as one of the earliest rap songs. However, the stretch the band took was not in the rap itself, but in the rhythmic grooves that set the tone for the entire track.

From the opening roll, “Rapture,” is pure disco. It is more Disco then “Heart of Glass.” It’s pure disco, influenced by the sound of Nile Rodgers and Bernard Edwards of Chic. That pair had huge hits at the turn of the decade with “Good Times,” and “We are Family.” “Rapture,” was inspired by those exact grooves that were tremendously successful on a worldwide basis. Blondie’s “Rapture,” is not one of our favorite Blondie recordings, but the influence musical trends had on the recording of the song is one of the best examples of how Blondie was a band inspired by many artists of contrasting genres.

Well while we are on the subject of musical trends, there was no musical trend bigger than disco in the 1970s, or at least for a few short years. However, in Europe, electronic music had gained popularity in the form of bands like Kraftwork. Blondie seemed to be borrowing from a variety of styles in the recording of “Heart of Glass.” There was definitely a disco vibe happening, especially on the Nile Rogers rhythmic guitar licks. But there was also the European synthesizer fills that decorated the track.

The combination of musical styles generated a unique sound. Released on the great album Parallel Lines, “Heart of Glass,” was the outlier of the lot. For many Blondie fans, it was the least liked track. But for millions of musical consumers, the songs was undeniably appealing. The song hit No.1 on the U.S Billboard Hot 100 and hit that same exact position in multiple countries around the world. It was one of the band’s biggest hits of their career. However, only a few short years later they would have an even bigger hit thanks to Richard Gere and Giorgio Moroder.

The next five songs on this Top 10 Blondie Songs list come from only two albums. Those two albums, Parallel Lines and Eat To The Beat defined the true sound of Blondie and easily presented fans with the best material of the band’s career. Both albums stayed very close to the new wave pop sound that most hardcore Blondie fans came to love. However, each album did have an outlier.

On Parallel Lines, the song “Hear of Glass,” stood out for its electronic disco signature. On Eat To the Beat, the song “Die Young Stay Pretty,” separated itself from the rest of the tracks with its reggae ska groove. Lyrically, the song is an ode to The Who’s My Generation and the message of not having to grow old. Only this time it’s about not having to grow ugly. In Debbie Harry’s case, she would not have known it at the time, but she has grown old and yet, STAYED Pretty.

We dare any rock and roll fan to watch this video and not fall in love with this band. Blondie’s, “Eat to the Beat,” is pure punk rock, infused with a blues harmonica solo, brilliant guitar and keyboard runs, and a rhythm section locked into play from the endless hours on the club stage. And standing center stage is Debbie Harry’s vocal and dance performance that compares to no one but herself. As much as this track borrows from so many styles and genres of music, it still sounds completely original and one hundred percent authentic. It’s so good, it’s hard to define in words why? So all we can say, is press play!

After the success of Parallel Lines, there must have been extreme pressure on Blondie to follow up their most successful album of their career. Well, with the release of Eat To The Beat, Blondie issued a single that defined the heart of the pure Blondie sound that so many rock fans loved. The song “Dreaming,” opened up with a melodic doubled synthesizer and guitar line that set the tone for a song of the highest degree of pop-rock pleasure. It was the perfect single to follow up on their previous success. However, the song was not as successful commercially as “Heart Of Glass,” as it only reached No. 27 on the Billboard Top 100 music charts. Regardless of its lack of reaching the Top 20, the song was a pure joy to listen to and stands as one of the best of their career.

# 2 – Hanging On the Telephone

Blondie’s “Hanging On the Telephone,” opened up their brilliant Parallel Lines LP. Those who dropped the needle on that record for the first time were simply blown away by a track that was easily one of their finest moments on record. The song was originally recorded by a Los Angeles band called the Nerves. But Blondie made the song their own. It was the third single released from the band’s third album.

The song “One Way or Another,” represented everything that was special about late 70’s new wave music. The hard-edge sounds are driven by melodic ideas that were fueled by keyboard and guitar runs on top of biting lyrics and straightforward vocals. There was nothing virtuous about the tracks, no female singers reaching for Mariah Carey style high notes, no guitar players laying down blistering guitar solos. It was all about the song and the attitude. Not only was “One Way of Another,” Blondie’s greatest recording, it stands as one of the best rock and roll new wave tracks that closed out the 1970’s rock and roll era.

The song “One Way of Another,” still sounds as fresh in 2022 as it did in 1979. The song continues to find new audiences of young people as it has been licensed for multiple video games and ringtones. It has appeared in countless movies and television shows. It’s hard to believe that this song was on the same album as “Heart Of Glass,” which sounds like a completely different band. Looking back at Blondie’s career, it’s obvious how much fun they were having experimenting with different musical genres. In the end, they created their own 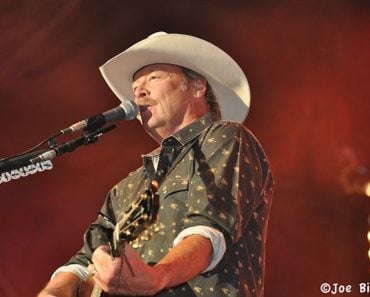 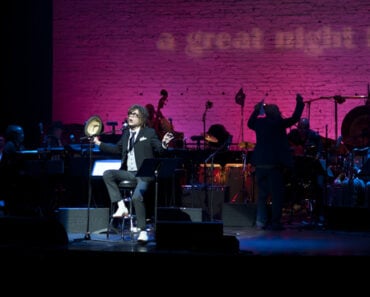 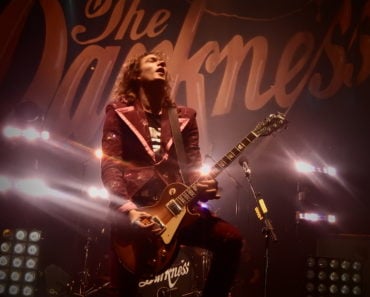 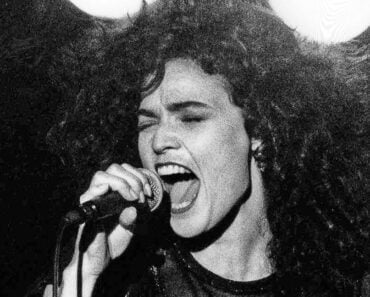 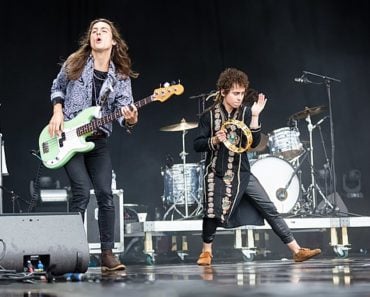