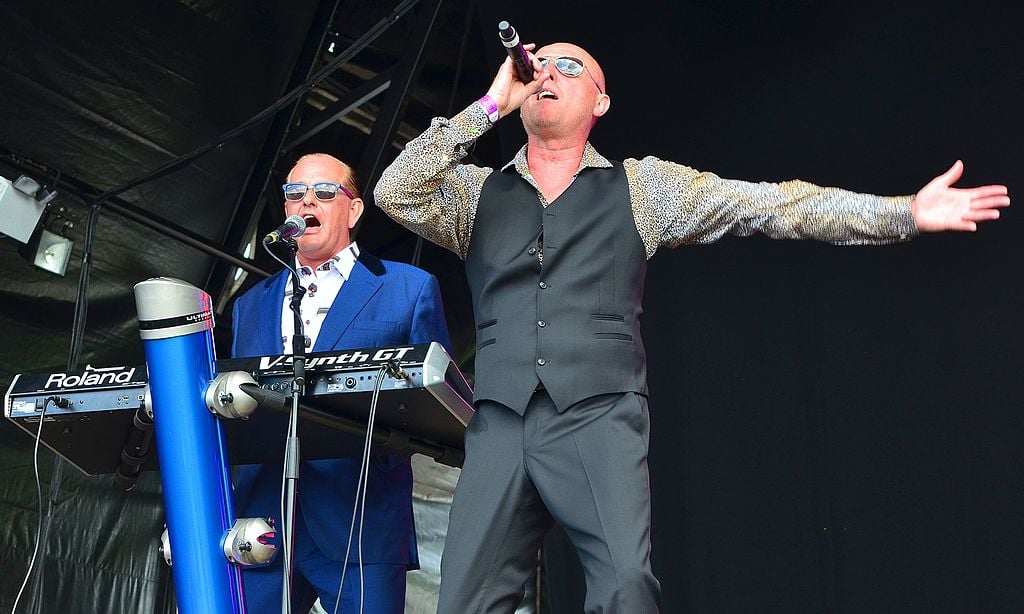 Our Top 10 Heaven 17 Songs list takes a listen to the songs of a very cool new wave synth band band first formed in 1980 out of the city of Sheffield, England. We all want something so bad and when it is not available for grabs, we might opt-in for the alternative. The question remains, how far can we go with “an alternative” choice? Not for a lifetime might be the answer for Ian Craig Marsh and Martyn Ware, two founding members of the famous electro-pop band the Human League. When the need came to create a band, their choice of the lead singer was Glenn Gregory, who was unavailable at the time. The band took no hesitation to make their dreams come true having them opt in for Philip Oakey with whom they made quite some great music. However, behind the scenes, the band had personal and creative tensions that led to their disbandment abandoning the band’s name to Oakey.

They would later continue performing as Heaven 17, forming the British Electric Foundation production company. Their much-wanted man Glenn Gregory would later be recruited as the lead vocalist for their newly formed band. The band went on so well releasing quite some hits some of which have been tagged in our list for the top 10 Heaven 17 songs. However, the band would come to a setback with Marsh stopped his music career with the band to go and study at the university as revealed by Ware in an interview. The band stopped not at that with Glenn and Ware now the face of the Heaven 17 band. Here are the top 10 Heaven 17 songs that we can never seem to forget.

Ushering us to the top 10 Heaven 17 songs is the jam “…And That’s No Lie” from the band’s third studio album How Men Are. Written by the band itself, the song would go-ahead to have its production done by Ware and Greg Walsh. The song is described as a long but wonderful jam thanks to its stunning vocals by Glenn Gregory, strong melody, and fascinating glimpse into human daily struggles. Its success was imminent with the song peaking at number 52 in the UK Singles Chart spending five weeks on the charts.

One of twenty songs in Heaven 17 album Penthouse and Pavement, the song “Play to Win” would become a memorable song for many hence one of the top 10 Heaven 17 songs. You ought to love the powerful beats from the synth and guitar magic in the jam showing the world what the two music instrument has to offer when they come together. Special credit, to the synth, beats instrumental in the song is also quite catchy to vibe with.

With a music video filmed to promote this jam “Sunset Now,” the band must have known that it would become of their great songs. Featured in their third studio album How Men Are, the song “Sunset Now” shows the fine vocal ability of Glenn Gregory. The Afrodiziak helps out in providing some backing vocals for the song making it quite a great jam. And with the song receiving quite a fair reception, it would be featured in top music charts not only in the UK but also in the US, Austria, and Ireland.

# 7 – Crushed by the Wheels of Industry

Released back in August 1983, the synth-pop jam “Crushed by the Wheels of Industry” lined up the band members as its writers with Marsh, Ware, and Greg Walsh sticking to the production role. Featured in their second studio album The Luxury Gap, the song would become quite a popular song having it reach number 17 in the UK Singles Chart also making it in the French and Irish Singles Chart. The song can be described as a highly entertaining pop jam with a contemptuous jab at society in general.

The song “This Is Mine” is one of the ballads that we can attribute to the success of Heaven 17’s third studio album How Men Are to. Featured on the UK Singles Chart the song would reach the top position of number 23 retaining its presence in the charts for seven weeks. A music video featuring the band robbing a bank was filmed to promote the jam.

Developing from an instrumental created by Ware and Marsh for Music for Stowaways, the song “(We Don’t Need This) Fascist Groove Thang” is one of Heaven 17 notable songs. Featured as the lead single in their album Penthouse and Pavement, the song would be banned by the BBC for concerns by Radio 1’s legal department. The song’s lyrics describe fascism and racism in an ironic fashion using funk music’s lexicon. In the lyrics, you can tell that the song reference Prime Minister Margaret Thatcher and President Ronald Reagan. Despite the ban, the song was quite successful having it featured on a dozen 1980s music compilations such as Postpunk Chronicles by Rhino Records.

Featured in the band’s second album The Luxury Gap, the jam “Come Live with Me” proves to be a great ballad having its peak at number 5 in the UK Singles Chart back in 1983. We all feel love at some point but sometimes it defies what some would call the norm. In this case, falling in love with someone with quite a large age difference. In this jam, the persona seems to have fallen in love with a lady he is twenty-year older than. Trying to soothe her to come live with her wasn’t easy having him part with quite some jars of emotions.

“Let Him Go” is a song from the band’s second album The Luxury Gap. The song enjoyed a great performance on the American Dance Chart spending five weeks at number four. It features Glenn’s moody and dramatic lead above a permeating vocal as well as synth arrangement. With its popularity in clubs, the song would go ahead to receive considerable airplay on radio stations. The song was also among the first commercial releases to feature the Roland TB-303, a bass synth.

And finally to the top song by Heaven 17 is the jam “Temptation” from probably their most successful album The Luxury Gap. As explained by Martyn Ware, he wrote the song about the rising sexual tension something he had never written about before. The song features Carol Kenyon as guest vocals having her later tagged in the band’s works such as Teddy Bear, Pleasure One, and Duke & Psycho album. Peaking at number two in the UK Singles Chart, the jam proves to be the signature song for the band having its sales go over two hundred and fifty thousand copies. A couple of remixes were done following its success hence proving to be one of the greatest synth-pop jams of the 1980s. 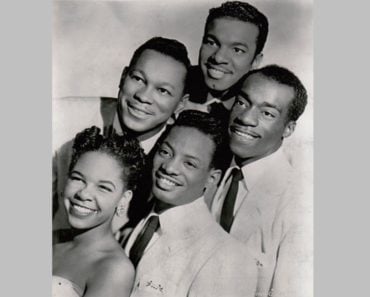 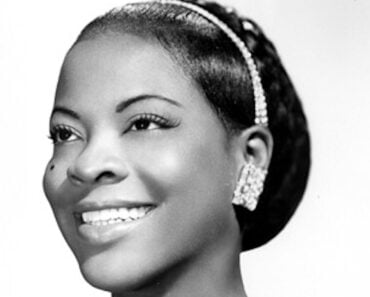 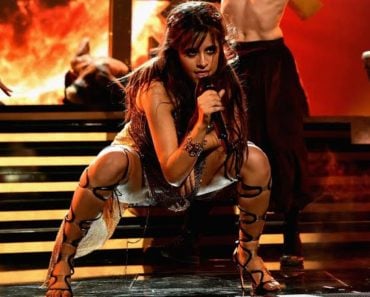 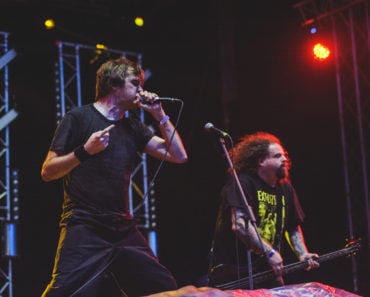 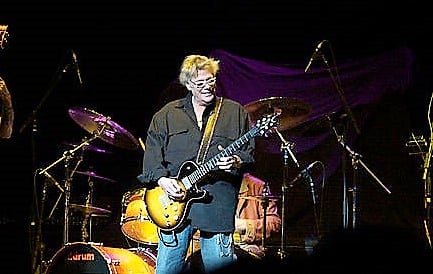 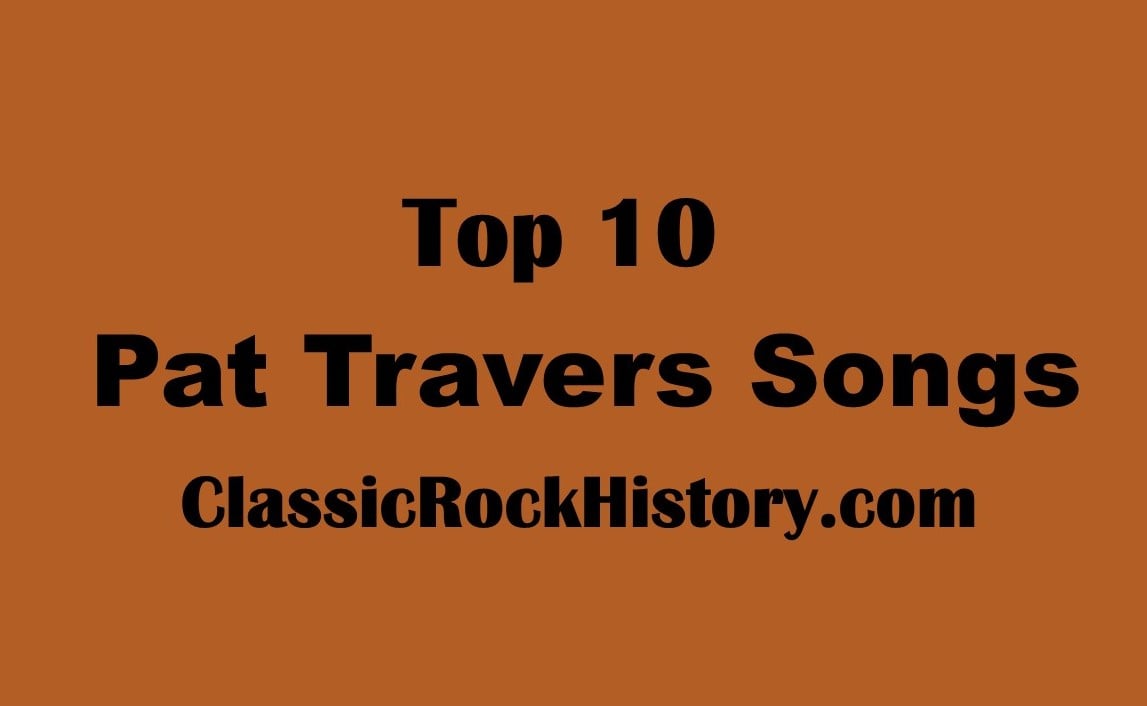