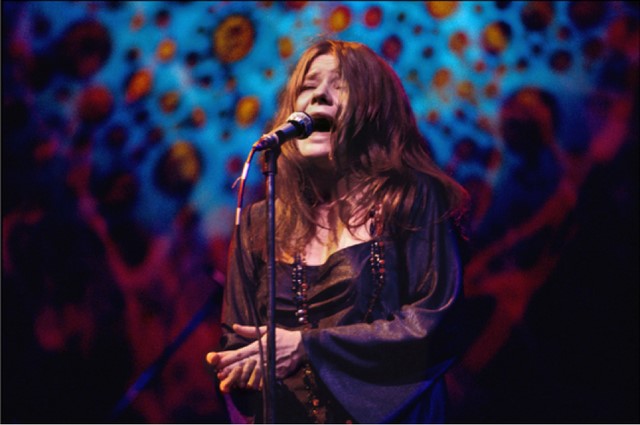 . After the release of both Big Brother and the Holding Company albums, Janis Joplin left the band to begin her solo career.

It would be her only solo studio album that she released while she was alive. The album was released in 1969. The album featured Sam Andrew  on guitar who had been one of the founding members of Big Brother and the Holding Company. Together Janis and Sam formed a backup band of musicians that they called the Kozmic Blues Band. The album also featured a guest appearance by legendary blues guitarist Mike Bloomfield.

Janis Joplin was not happy with the sound of the Kozmic Blues Band behind her. She fired all the members except guitarist Richard Till. Joplin and Till than recruited the musicians from Tills earlier band named the Full Tillt Boogie Band. The band went on the road with Janis Joplin and performed a series of concerts while also heading into the studio to begin work on Janis Joplin’s second solo album. Most of the album had been completed before Janis Joplin’s passing. She was actually due to complete the vocals on the album’s last track when she was found dead in her hotel room by her road manager John Cooke who had gone looking for her when she did not show up for the recording session. Columbia Records released the album after her passing and entitled the album Pearl. The album went straight to number one on the Billboard album charts in 1970.  It stayed  in the number one position for over 2 months. It’s sold over 4 million copies. Janis Joplin did not get to enjoy any of the album success. Such a sad story.

Of course, over the years Columbia records has released many compilation albums and live sets. For an artist such as Janis Joplin whose career lasted just a little over three years, she has left behind an amazing legacy of music. However, it’s not just the music that she left behind, but an image of a woman who overcame all the obstacles most women faced in the music business to eventually lead her own band and make her own decisions based on the power she gained as a rising star that mesmerized the rock and roll world.

Our top 10 Janis Joplin songs list take material form her two solo albums and the songs she recorded with Big Brother and The Holding Company.

The  album was released in 1969. The song “Try (Just a Little Bit Harder),” was written by Jordan “Jerry” Ragovoy and Chip Taylor. Ragovoy had been responsible for composing the classic Rolling Stones song “Time Is On My Side.” Taylor had written the legendary classic rock track “Wild Thing.”

Janis Joplin gave the classic Gershwin song “Summertime,” a treatment like no other singer had ever done before. This will always be one of my favorite Janis Joplin covers. A true classic released on the  Cheap Thrills album.

“Down on Me” was a traditional song recorded by Janis Joplin and Big Brother and the Holding Company. Janis Joplin rearranged the song and added extra lyrics to it. The song was released multiple times by Columbia Records in various versions.

Th great track “Kozmic Blues” was released on the album I Got Dem Ol’ Kozmic Blues Again Mama! The song was written by Janis Joplin and Gabriel Mekler who also was known for his work with Three Dog Night and Steppenwolf.

Sometimes this one hurts so much to listen too because Janis Joplin is just so good on it. The song “Cry Baby,” was released on the Pearl album. It was the record’s second track. The song was written by Bert Berns and Jerry Ragovoy.

The next three Janis Joplin songs were hard to put in any sort of order because they are such classic songs. “Piece of My Heart,” was released on the Big Brother and the Holding Company album  Cheap Thrills. The song was written by Jerry Ragovoy and Bert Berns. The song was originally recorded by Emma Franklin in 1967. Emma was Aretha Franklin’s older sister. Janis Joplin’s version had far more success than Franklins. It was a top 20 hit for Janis Joplin and became one of her signature songs during her short musical career. Over the years the song has been covered by a diverse segment of musical artists including Sammy Hagar, Faith Hill, and Melissa Etheridge.

Our choice for the number one spot on our top 10 Janis Joplin songs list may come as a surprise to some people. It was in no way her most popular or successful song. However, “Mercedes Benz,” was a song written by Janis Joplin. Her acappella recording of the song defined her soul and her spirit more than any other recording she ever made. If you want to experience why Janis Joplin was so special, you can hear it entirely in this amazing recording.