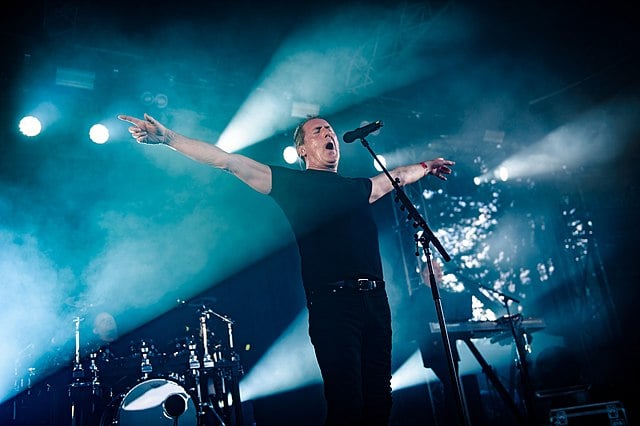 Our Top 10 Orchestral Manoeuvres in the Dark (OMD) Songs introduces us to one of the most popular bands from Merseyside, England. Formed in 1978, the Orchestral Manoeuvres in the Dark band consisted of its co-founders Andy McCluskey and Paul Humphreys featuring Stuart Kershaw, a pro drums and Martin Cooper, a multitalented instruments player. The band is well known for its prodigious electronic music thanks to the group’s combination of experimental minimalist philosophy with pop sensibilities.

Opening the list of the top ten Orchestral Manoeuvres in the Dark songs is the hit Messages from the band’s 1980’s self-titled debut studio album. The song is quite contradictory for some due to its several records. In fact, most of the original 10-inch copies were scrapped since the band wished to rerecord the jam. A shorter track time, as well as varying runout information, distinguished them. Nevertheless, the song remains to be one of the Orchestral Manoeuvres in the Dark band’s top songs. To Ned Raggett, an AllMusic journalist, Messages is the lyrical charm that makes it quite a hit song, having it wears the emotions coupled with a fragile melody.

Following the band’s success in previous album’s, Orchestral Manoeuvres in the Dark’s 1985 Crush album had no hard time in making its impact on the music fans. Its song Secrets is quite a unique song started with unfavourable contemporary reviews from the band’s critics. However, the critics played a great role in having many take a deeper and introspective look at the hit song. The song is well known for its smooth combination of airy vocals as well as catchy hooks. Secrets would later go on and trend not only in the UK Charts but also in the United States, Ireland and even Germany. The song was also featured in the movie Arthur 2: On The rocks as well as on its soundtrack album.

You cannot say much about Orchestral Manoeuvres in the Dark’s 1991 Sugar Tax album without mentioning the song Pandora’s Box. The song came right after a sabbatical from music and the redefinition of the band’s lineup, which included McCluskey, Nigel Ipinson, Abe Juckes and Phil Coxon. Pandora’s Box is inspired by the glamorous side of Louise Brooks, an actress in the 1929 film that the song is named after. Its bounding rhythm and jubilant rhythm combines with the tale of the femme fatale’s lyrics on the downside of fame to bring out a reputable hit song of its time.

Reaching fourth in the UK Charts and recording the biggest selling record in Germany in 1982, Joan of Arc is nothing less than an international hit. The song is inspired by the band’s desire to try out something new to avoid the cliché in the lyrics, such as love. This hit song is the first of the two Orchestral Manoeuvres in the Dark songs written by Andy McCluskey on the French Saint, Joan of Arc. Thanks to the song’s great melody and power in the lyrics, that can be compared to its subject’s name fame.

Featured in the band’s 1981 album, Architecture & Morality, is the hit Souvenir written by both Martin Cooper and Paul Humphreys. You’ve got to love Humphreys vocals in this song, having him take no chance in proving his worth as a reliable lead artist. The song also employs slowed-down choral loops having it showcase the band’s reputable approach of substituting a vocal chorus for a synth hook. Despite having some critics, the song was appreciated by fellow artists, having it become an international hit, peaking at number 3 in the UK Charts.

The song Maid of Orleans was the second successive single by the Orchestral Manoeuvres in the Dark about the French Saint and heroine Joan of Arc. Featured in the band’s studio album Architecture & Morality, the hit song was described by the band’s lead vocalist Andy McCluskey as the group’s Mull of Kintyre. The song was written back in 1981 on the 550th anniversary of the death of Joan of Arc. Maid of Orleans would go to become an international hit song owing to its trending in the UK, Spain, Germany, Netherlands, and Portugal.

Very few bands have quite a massive start like the Orchestral Manoeuvres in the Dark had thanks to their debut song Electricity which indeed ‘shock’ the music waves. What better way would the band make their name heard than having both of its lead artists sing the track in unison? The 1979 hit song featured a melodic synth break instead of a sung chorus bringing people to the newly found electronic music. From the beginning to the end, this debut song is full of energy that feels quite irresistible for some head shaking and robotic dance moves for EDM lovers. The song to date remains to be among the most influential singles of the post-punk era.

Having your song used as a soundtrack was quite a great thing back in the 80s, and Orchestral Manoeuvres in the Dark’s song If You Leave might have stolen the show due to this fact. Banking on the lyrical prowess of John Hughes, the song was recorded for the soundtrack to Pretty in Pink, a 1986 film. In the film, the song is played conspicuously during the final scene. The song’s transition from the stanza to the chorus is something you just have to love. Notably, this hit song is the band’s highest-charting single in the USA, having it reach a peak position of number 4 on the Billboards. The song endured some lengthy radio presence globally, thanks to its great instrumentals and lyrical vibe.

Coming in number one is the Orchestral Manoeuvres in the Dark’s greatest song Enola Gay, an anti-war song and only single from their album Organization, 1980. Like most of the songs in this list, the song expresses human feelings thanks to McCluskey’s lyrical prowess in addressing the atomic bombing of Hiroshima. The song features a melodic synth break rather than a sung chorus, an art that the Orchestral Manoeuvres in the Dark seemed to have appreciated greatly. Enola Gay has been one of the long-lasting hits, having its impact felt in the 2021 TV drama series, It’s a Sin.