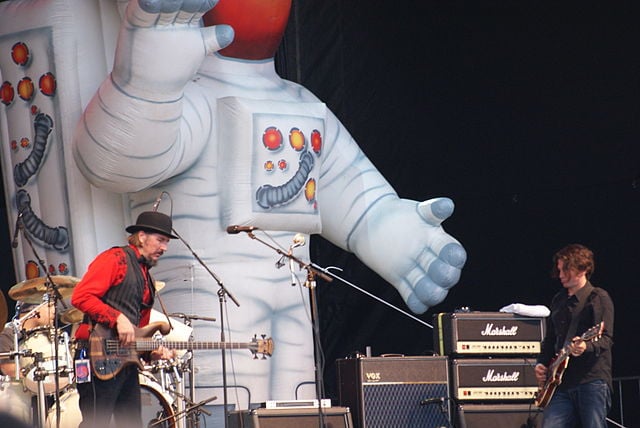 Humor is one of the most essential elements of mankind. It is an incredible release of pent up energy and frustration, and those who do not choose to follow the proverbial yellow brick road have graced or cursed mankind with some of the funniest, strangest and out and out bonkers music ever. It seems that people are more open to strange television, movies and books and gaming while the audience for music that doesn’t follow the rules appeals primarily to those like myself who are greatly entertained and amused at these brave souls who dare to be publicly bonkers.

Of course, I would imagine humor in music dates back to the first music itself.   Surely small agricultural villages the world over had their folk music and it would include humorous verse from time to time as well as the more serious spiritual stuff.  We do know opera was an early combination of musical excellence and humor.

Vaudeville may, although I’m making an educated guess here, might have been the springboard for funny songs.  Being the variety show it was, and sadly, incredibly racist, there were many comedians and singers doing “funny” songs for their audiences that today would bring scorn to them. But with time, greats like Louis Jordan, who was the father of r&b and a huge star in the early to mid 1940’s wrote great dancing music popular with African American and white audiences, one of the first African Americans along with Duke Ellington and Count Basie to reach large numbers of listeners regardless of race. Jordan penned songs that are still heard today, and we’ll start with him.

Many singles. This fellow Arkansan (like yours truly) from Brinkley made it huge as one of the most popular acts during WWII. While there was an industry wide strike by musicians’ unions for better pay and royalties, artists were still recording “Victory” records for troops and sent these acetate singles to every theater of war. Jordan’s Tympani Five, which for some reason never had less than seven members, racked up dozens of great hits, so popular that even the gang from Warner Brothers division that created the wonderful Looney Tunes borrowed his slang liberally.

You may recognize some of these funny tunes, and bear in mind there were others that weren’t meant to be laughed at: “Is You Is Or Is You AIn’t My Baby,” “Caldonia Blues,” with one of the funniest high notes ever sung, “Ain’t Nobody Here But Us Chickens,” “Open The Door Richard” and “What’s The Use of Getting Sober (When You’re Going To Get Drunk Again).”Classic rock, not really but the seeds were definitely there, and Jordan received a huge posthumous boost when Joe Jackson released Jumpin’ Jive, an album of mainly Jordan tunes that turned people on to this great man’s music.

Who? The number one iconoclast in pop music history, aka Tiny Tim! Not the Dickens character, by the way. “Tiptoe Through The Tulips” is his claim to fame or infamy, depending on your point of view. But nobody can say he kowtowed at any time to popular trends or opinions. The song by the way was from the 1840’s!   Tim was very studious and took great care selecting his music. Besides giving this little tune new life, he did an album that will appeal to (or terrify) more classic rock fans – Girl, which he recorded with Texas wackos Brave Combo, a truly bizarre and fearless bunch themselves. Story had it that Brave Combo wanted Tiny Tim to sing on this album but he refused until he was set up with a certain woman he was interested in.  (Yes, Tiny Tim was straight, adding to his unpredictable image). Somehow true love won out, and we have one of the craziest rock albums ever to show for it.  Imagine “Hey Jude” as a cha cha. “Stairway To Heaven” as a jazz swing number.  It happened, and the Led Zeppelin cover really does swing!

“Paralyzed”  Who found this guy is a mystery but that person should have been questioned by authorities. The Cowboy was a one man band, who couldn’t play, couldn’t sing, but did it anyway. He even appeared on television and supposedly David Bowie was a fan. But the song?  Screaming “I’m paralyzed!” over and over and over and dancing like he was standing in a nest of fire ants. According to the Rock Book Of Lists by Dave Marsh rumors are there was actually an album made by this guy. Listen to “Paralyzed” – it’s on YouTube, and you will probably hope that album never existed.

Weasels Ripped My Flesh  The real question here is, of course, where do you start with Frank Zappa?  This genius was simply willing to do anything musically.  He could go from really weird to outright psychotic, or have moments and even albums of incredibly beautiful music. This album, one of the last by the Mothers Of Invention, can’t be described in words.  Suffice it to say the cover, showing a dapper gentleman shaving with an electric weasel ought to tip you off. Second place for me anyway goes to We’re Only In It For The Money.

The best known songs here as the band was so popular.   However, they require both album and song inclusions. First, we have to have Pipers At The Gates Of Dawn, the one album and the band’s debut with Syd Barrett, well on his well to being a true acid casualty. The lead track also qualifies. “Astronomy Domine” was, like “Purple Haze”, something never heard before. Its structure and melody still light up the mental “TILT” sign.”A Saucerful Of Secrets”, the second Floyd album and first without Barrett, still carries that psychedelic stamp. From there we have Meddle, the precursor to a very well known album you might recall.

The first side of Meddle is pretty straight up, with some cool slide guitar work by David Gilmour. It’s the second side that gets your hackles raised. The 24 minute opus “Echoes” is not quite like anything else out there. Starting quietly enough, working up to a jazzy blues jam, it suddenly fades away to the infamous underwater sequence, and I can only imagine what inquiring minds thought when they first heard this ultra creepy portion.   And to think the rising and lowering strange sounds were not drug induced, but simply recorded by Roger Waters and his bass, as he rolled ball bearings up and down the neck and ran it through a bit of effects on the soundboard. We have to mention that coming album after Meddle. Everybody is used to it but Dark Side Of The Moon contains some bizarre stuff, with the alarm clocks, the drunk rambling, and some of the first industrial loops.  Try, but you can’t catch this album yet.

Tago Mago, Cannibalism 1: This German pioneering band was hugely influential, and the amount of strange sounds and vibes they created on very primitive equipment shows us imagination cannot be stymied.  What these guys did primarily besides creating sonic soundscapes that were almost unrecognizable as a traditional instrument was use tape loops to great effect.  Thus not having to physically record an 18 minute drum track on “Allejuwah”, they looped the first portion and worked over that drum pattern.

We put Tago Mago and Cannibalism 1 together because they represent the best and the strangest of Can’s music. For example, I replaced the much shortened “Augmn” from Cannibalism 1 on my CD burner with the near 20 minute full length version.   I can say without hesitation this is probably the most deranged single piece of music I own.   Perfect for adult haunted houses (you don’t want your kids exposed to this when they’re already scared) where real pros know how to scare their customers, or  just marvel at how “out there” the human creating mind can get.

Zeit: More German experimentalism. While it’s true as Tangerine Dream progressed, they got more tuneful but no less innovative, using keyboard programming to create their own loops and long psychedelic jams, sometimes reminding a listener of early Alan Parsons and Pink Floyd, on Zeit it was a near atonal experience.   Not harsh, mind you or abrasive, but it just sounded like it just couldn’t quite get together, and gently rippled the time-space continuum as opposed to tearing it apart.  But it’s still very weird.

Everything, especially Duck Stab/Buster and Glen. We remember The Residents as wearing tuxedos and huge eyeball headpieces and top hats.  If that wasn’t disturbing enough, they excelled in the wackiest and utterly insane music ever recorded. From Shreveport, LA., they relocated to San Francisco and were in reality just regular nerds of the time. They didn’t look weird, dress the part, etc.(Some pictures sans eyeballs have “exposed” the first several members). However, they were synth/keyboard pioneers of the first order. So good with coming up with incredible sounds it had no choice but make NIN possible among most industrial bands, they nonetheless chose very weird comedy as the template. Nothing was done “right”  Duck Stab/Buster and Glen, a combined EP, is their high water mark.

From “Constantinople” and “Blue Rosebuds” to the indescribable “The Laughing Song,”this album will seriously test one’s ability to withstand musical expression as funny and strange as it gets. And if that’s not enough, Eskimo is a sound poem of the Eskimo people, with stories of their mythology and life in the perpetual cold and six months of night. It was supposedly a “serious” album and is authentic.

Beacons In The Husk  The surprise pick here because it’s a current metal band out of Plymouth, UK. I pick it because as a doom band, and a despairing one as well, this album is almost bereft of recognizable riffs but is still enormously heavy.  It sounds like the most abrasive and utterly insane guitars ever, so much so it makes one wonder if these guys are allowed out without escorts. But sound wise, it is disturbing beyond description. That qualifies for weird.

These guys are so talented it’s unbelievable. But they are steeped in humor along with their funky music, and Les Claypool, the gifted bassist/singer has written some incredible songs, both in musicianship and tunes that make you truly laugh out loud. Sailing The Seas Of Cheese is their greatest album to me.  You just can’t miss with “Jerry The Race Car Driver,” “Is It Luck?” and my favorite “Eleven” with its twisted sense of swing and back beat riffing.