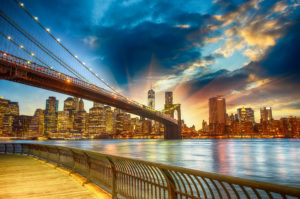 I was born in Manhattan, raised in the Bronx, moved to Long Island and went to school Upstate. I teach in a New York Public school. I’m about as New York as a slice of Sal’s Pizza on 206th street in the Bronx. Been here all my life and will absolutely never leave. It’s probably not the easiest place to live or raise a family. The competition is fierce in every field and the pace is as fast as it gets. It’s not for everyone, but for those who can handle it, the opportunities are endless. In many ways New York is a reflection of the entire world times ten from the cascade of world cultures we all have living here in our boroughs and counties. I could go on forever about why I love New York but this is not about me. It’s about ten songs written or performed by people who understood New York. There are thousands of songs that have been written about New York. Below are ten that I believe are extra special from a New Yorker’s perspective. We tried going with songs written or sung by New Yorkers. We did make a few exceptions for some New Jersey artists who are pretty much our brothers as well.

We mixed up our 10 Best Songs About New York list with some of the most obvious ones that just could not be ignored with some of the lesser known songs and even a couple of obscure tunes that we still felt really symbolized the New York experience. Of course there are so many that will be left of this list. Some real special ones that should have been on it, but that’s the nature of a top 10 list. So here you go with what we believe are ten of the most genuine songs ever written and recorded about New York.  From the Island to the City to Upstate……We Are New York baby!

We open up our 10 Best Songs About New York list with one of New York’s most loved hometown bands we all know as Kiss. Now of course all Kiss fans will tell you this is not a Kiss song. In 1978, all four members of Kiss released solo albums. While we won’t get into the specifics of all those albums, Ace Frehley’s solo album was deemed the most successful of the four. One of the main reasons behind the success of that album was the pulsating hit single “New York Groove.” The song was written by Russ Ballard who had also written hits for Three Dog Night, Roger Daltrey, America and many more big names. The song “New York Groove,” had originally been recorded by the English Glam band Hello in 1975. Yet it was Ace Frehley’s version that gave it that genuine New York feel.

Continuing with our 10 Best Songs About New York list we present a song from our New Jersey brother Bruce Springsteen entitled “Incident on 57th Street.” This beautiful song painted a cinematic picture of New York City and a moment in time like a perfect Martin Scorsese film. It is one of the most loved Bruce Springsteen songs of all time especially by his earlier fans. David Sancious set aside his jazz piano skills in laying down a warm piano riff that set the foundation for Springsteen’s bare up front vocal performance on this stunning song. “Incident on 57th Street” was released on the album entitled The Wild, the Innocent & the E Street Shuffle The album was released in September of 1973.

Carole King nailed it perfectly on this song about life in New York city on her classic song “Up On The Roof.” There was a time in New York City when many people hung out up on the rooftops during the summer time in what they referred to as concrete beaches in the city. Most buildings in the city don’t allow that anymore. It was very popular in the 40s 50s and 60s. The song was composed by Gerry Goffin and Carole King. It was originally recorded by The Drifters in 1962 who would have a top 10 hit with the song on the Billboard Hot 100.

In the number seven position on our 10 Best Songs About New York list is the song entitled Rockaway Beach. We couldn’t put together a top 10 songs list about New York on a rock and roll site like your without including a song by The  Ramones. The band The  Ramones were as New York City as you could get. And yes, for those not from New York City we do have beaches in the city. The Rockaways located in Queens, New York has always been a huge destination beach for those living in the city. Just hop on the A train and then a short bus ride and your at the beach. The song “Rockaway Beach,” was released on the Ramones third album entitled Rocket to Russia. The album was released in 1977.

Landing in the number six spot on our 10 Best Songs About New York list we present the song “Mercy On Broadway.” New York Bronx born Laura Nyro stands as one of the finest singer songwriters of the classic rock era. She may not be a household name to many, but so many of her songs like “And When I Die,” and “Eli’s Coming,” are rock and roll classics. She’s a musician’s musician. From the Bronx, Laura Nyro knew the streets and felt it’s soul which she always delivered through her music. This mesmerising song entitled “Mercy On Broadway,” was released on the album New York Tendaberry. The album was released in 1969.

# 5 – Me And Julio Down By The Schoolyard – Paul Simon

At the halfway point on our 10 Best Songs About New York list we present a song from Queens born and raised Paul Simon. Now this man knew what it was like to grow up in a New York City borough in the middle of the 20th century. The school yard was a haven for so many New York City kids for various reasons. I remember listening to this song on the radio while playing stickball in the schoolyard of PS 80 in the Bronx in the early 1970s. It doesn’t get any more real than that. A perfect city summer song!

At the number four spot on our 10 Best Songs About New York list we present the song entitled “New York New York.” Yes it’s overplayed and so many people are tired of the song, but it’s such a classic we couldn’t keep it off this list. We are also Yankee fans which is a reference that only Yankees fans who go to the games will get. Nonetheless the titles track form the 1977 Martin Scorsese film New York, New York is probably the most popular standard written about New York since Duke Ellington’s “Take The A Train.” A song about New York from a movie about New York directed by a New Yorker  and sung by a blue eyed singer from New Jersey is just going to work really well. And of course we don’t want to upset any of Frank’s friends by keeping this one off.

If there is one thing that all New Yorkers who grew up in the city in the 20th century have in common, it’s their love for egg creams. There was simply nothing that could compare to it. Lou Reed gets really specific with this song even naming the places where the best egg creams were served. He names a lot of places in this song that is about as genuine New York as it gets. While many would have argued that Lou Reed’s “Walk On The Wild Side,” should have been on the list because of its popularity about New York City, we felt this one was more real at least for real New Yorkers.

The island meets the city in this two way tie for second place on our best songs about New York list. Long Islander Billy Joel’s mid 1970s song “New York State Of Mind: sure did inspire the title to New York city raised artist Jay-Z and Alicia Keys spectacular “Empire State Of Mind. Both songs represent different generations of New Yorkers originally and sound completely different from each other but have also at the same time been accepted by all generations. These are classic New York songs sung by New Yorkers with a New York Attitude. Every New Yorker loves these three amazing and legendary artists.

We close out our 10 Best Songs About New York list with the song entitled Streets Of New York. This song was written and recorded by New York native Willie Nile. The song may not be as widely known as many of the other songs on this lists but Willie Niles sings so specifically about so many New York landmarks and references that only a true longtime New Yorker could sings about. This list is all about the most genuine heartfelt New York songs and Willie Nile takes the front page of the Daily News, New York Times, Newsday and even the New York Post with this one. That’s What I’m Talking About