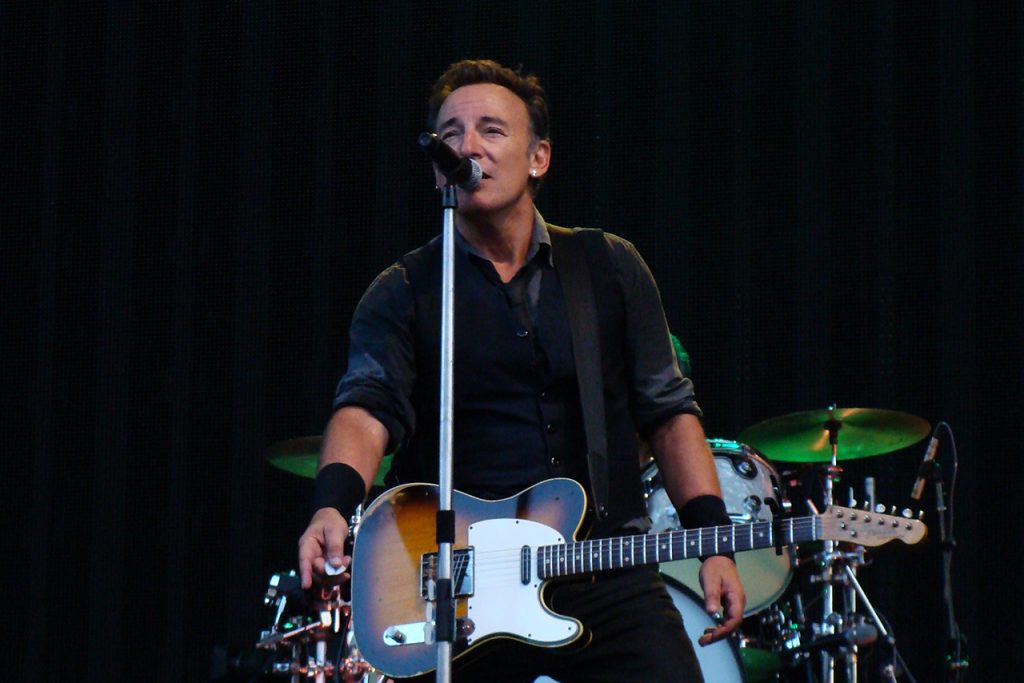 Photo: “Bruce Springsteen & The E Street Band” by Laura is licensed under CC BY 2.0

For those who don’t know the story; Bruce Springsteen had originally written the song Because the Night for his Darkness on the Edge of Town LP. Springsteen had been working in the studio recording tracks for the LP in 1977. Bruce Springsteen for reasons only the Boss knows, decided not to release the song on Darkness on the Edge of Town which was no surprise since he had written and recorded four times the amount of songs that he needed for a new record. Somehow Patti Smith got a hold of the song and recorded the material adding her own lyrics to the song’s verses. Word is that Jimmy Iovine handed Patti Smith a copy of Springsteen’s song with Springsteen’s permission. Patti Smith released the record in 1977 and would up scoring one of the most successful singles of her career.

Patti Smith’s version of “Because the Night,” reached the Top 20 on the U.S. Billboard singles music charts. The song made it all the way to the top 10 on the UK music singles charts.

Natalie Merchant of 10.000 Maniacs recorded their own version of the song on their 1993 MTV Unplugged album. While most rock fans probably suspect that Patti Smith had the greatest success with the song, Natalie Merchant’s version actually charted a few spots higher on the Billboard music charts than Patti Smith’s version did.

The song “Because the Night,” had also been recorded by the band Garbage with the Screaming Females for a Record Day only release in 2013.

Both Patti Smith and 10,000 Maniacs had the biggest hots of the careers with the song “Because the Night.” Bruce Springsteen has had so many hits that its hard to gauge the importance of the song to his career. Regardless of chart success, the simple fact of the matter is “Because the Night,” is one of the most exciting and passionate rock and  roll songs ever written. So which version features the ultimate recording of the song. It’s a tough call, but if we had to take only one copy with us to our deserted island, we would have to go with Bruce Springsteen’s version officially released on his Live 1975-1985 album. Which one do you prefer?

Bruce Springsteen Because The Night

Patti Smith Because The Night