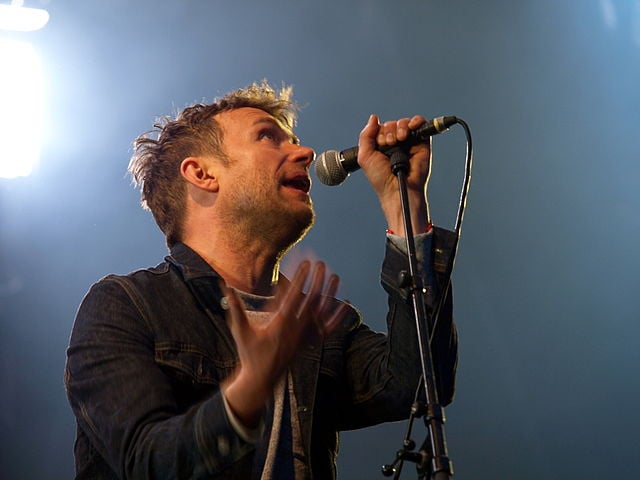 Our Blur Songs Ranked list looks at a rock band formed in London in the late 1980s who would become one of the leaders in the Britpop mid 90s movement. Blur released their first album in 1991 entitled Leisure. From that point on, Blur world release seven more studio albums, five live albums and thirty four singles. Every one of their albums went gold with three of them selling at platinum status in multiple countries. Their greatest success occurred in the United Kingdom where they have been one of the most loved bands of the past thirty years competing with Oasis for that title. Our Top 10 Blur Songs list picks out ten of the best Blur songs ever released.

We open up our Blur songs list going way back to the start of the band’s career with their debut single “She’s So High.” The song was released in 1991. “She’s So High.” was issued on the band’s first album entitled Leisure. The song opens with a 70s style electric guitar strum that leads into a 90s sounding vocal by Damon Albarn. The song’s chorus is a bit 60s psychedelic sounding. You can’t help but really love this song. Can you dig it?

We jump many years ahead in time on this Blur songs list by introducing the song “Lonesome Street.” The song was released in 2015 on the album The Magic Whip. It is the last Blur song to chart on the UK pop hits charts. We love the song’s great rhythmic groove and just can’t get enough of that amazing video that you must not miss. We wish we could move like that.

Continuing with our Blur songs list, we turn to the awesome song “Out Of Time.” The song “Out Of Time,”was released in 2003. It was issued on the great album Think Tank. “Out Of Time,” was the album’s lead single. The song did amazing on the UK music charts as it peaked at number five. One just has to love the bass on this great single by Blur. This is one of the band’s most popular songs as one they turn to continually in concert.

In the number 7 spot on our Blur songs ranked list we present the song “For Tomorrow.” This great 60s style song was released on the album Modern Life is Rubbish. The album was released in 1993. The song “For Tomorrow,” was released as the first single from the album. It did quite well in the United Kingdom hitting the number 28 spot on the UK pop charts. However, it did not chart anywhere else in the world except for the Austrian music charts where it hit number 119. It’s a shame this song didn’t chart higher or at least on any of the US charts because it’s really a great piece of music.

We feel sort of bad putting the incredible song “Country House,” in the number six spot. This is just such an amazing single by Blur that we feel it should be higher, but we just have no place to put it because the next five songs are equally great or even just a little more fantastic. That’s how great this band Blur was and how so underrated they were in the U.S. The song “Country House,” was a huge hit in the United Kingdom. It became the band’s first number one single hitting the top of the charts in 1995. The song also hit number one in Ireland. Sadly, it didn’t even chart in the United States. What’s up with that? Why are some songs such huge hit singles like “Country House,” which hit number one in the UK and yet it doesn’t even break into the Billboard top 100? Just makes us scratch our heads in wonder.

At the halfway point on our Blur songs list we take a listen to the rocking song entitled “Song 2.” It’s amazing how different Blur sounds on so many different tracks. This is just a kicking song, one that will surely get the party started. The song was released in 1997 on the album entitled Blur. It was the second single released from the album. “Song 2,” was a huge hit for the band as it hit number two on the United Kingdom pop charts. It also hit number four in Australia. On the US Billboard Alternative AirPlay charts, “Song 2,” was a top ten hit peaking at number six.

Blur swings more towards an Americana meest gospel sound on this beautiful and soulful song entitled “Tender.” The song was released in 1999. It was issued on the album 13. “Tender,” was the album’s lead single. It would become one of their biggest hits in the United Kingdom. It just missed the number one spot on the United Kingdom top charts as it peaked at number two. However, the song went gold. The song “Tender,” was written by Damon Albarn, Graham Coxon, Alex James and Dave Rowntree. “Tender,” is one of the longest songs Blur has ever recorded coming in  close to 8 minutes long.

Following up the song “Tender,” on our top 10 Blur songs list was the band’s second number one single of their career entitled “Beetlebum.” The song was released on the album entitled Blur in 1997. “Beetlebum,” went straight to number one on the UK pop charts. The song was also a top ten hit in Ireland where it peaked at number eight. It broke into the top 40 in the countries of Australia, Sweden and New Zealand. The song’s title stands in tribute to The Beatles which this song obviously serves as a musical tribute to the greatest band in classic rock history.

As we begin to wind down our Blur songs list, we turn to their first big hit entitled “There’s No Other Way.” The song was released on the band’s first album entitled Leisure. This song turned a lot of heads as it broke into the United Kingdom pop charts top 10 section peaking at number eight. It also broke into the United States Billboard Alternative AirPlay charts reaching all the way up to number five. This is a great rockin groove song that echoed the sort of retro 60s sound that many  British bands in the early 1990s were showcasing.

We close out our Blur songs list with their fabulous hit single entitled “Girls & Boys,” the song was released on the band’s album entitled Parklife. The song actually sounds like early 1980s new wave which we love.  “Girls & Boys,” would become the band’s highest charting song in the United States of their career. The song hit number four on the US Billboard Alternative Airplay Charts. The song was also a top 10 hit in the United Kingdom peaking at number five on the UK Pop charts.