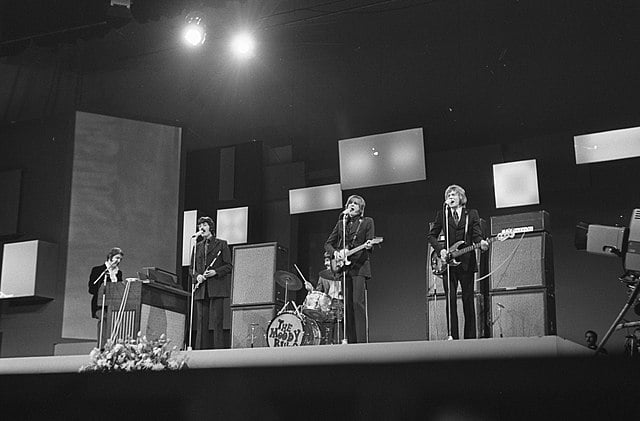 The Moody Blues are one of the few original groups from the British Invasion of music in the 1960’s that have stood the test of time. Their music is still heard in both current and classic video games, television shows and movies. Their songs receive regular airplay on classic rock stations and they have been cited as a major influence by dozens of international artists.

This legendary group began in 1964 in the small Birmingham, England suburb of Erdington. Percussionist Ray Thomas, singer/keyboardist Mike Pinder and bass guitarist John Lodge first performed together in the band El Riot and the Rebels. That group dissolved when Pinder joined the service and Lodge went off to college. Thomas and Pinder later began making music again under the moniker Krew Cats. The duo soon added drummer Graeme Lodge and singer/guitarist Denny Laine to the mix. They asked Lodge to rejoin them, but he politely declined. Instead, the group recruited Clint Warwick on bass guitar. The quintet first performed as the Moody Blues in Birmingham later that year.

The band also started working with London-based management firm Ridgepride and signed their first recording contract in 1964. Their first single, “Steal Your Heart Away,” failed to chart, but their next single “Go Now,” became a top 10 song in the US and the group’s first #1 hit in Britain. The Moody Blues signed with Decca Records the following year and a self-titled four song EP was released that winter.

debuted in July 1965. The record was released in mono and contained the hit song “Go Now,” several R&B covers and four more original songs. The group released three singles (their cover of “I Don’t Want To Go On Without You,” “From The Bottom Of My Heart (I Love You)” and “Everyday”) all of which reached the top 50 in the British singles chart. Record buyers were just starting to discover the band, but they were already in high demand in Britain, and performed gigs regularly there for the next two years.

Bassist Clint Warwick decided to leave the group and the music industry in 1966. He was replaced temporarily by Rodney Clark. Vocalist/guitarist Denny Laine also decided to leave the band later that year. The Moody Blues then went on hiatus, despite the fact that they were in the middle of recording their second album. In the meantime, the single “Boulevard de la Madeleine” was released in Belgium, which helped them gain more international fans.

The group reconvened in November 1966 with some new members. Guitarist/singer Justin Hayward and bass guitarist John Lodge were added to the mix as the band resumed work on their second album. Days of Future Passed

debuted a year later, and cracked the UK top 30 albums chart. It would reach #3 on the US album chart five years later. Billed as a concept album that takes place over the course of a full day, the record added strings and mellotron that helped create a decidedly different sound. The biggest hits from the album were the songs “Tuesday Afternoon” and the classic “Nights In White Satin,” although it took a while for them to catch on with their audience. It took a re-release of the album in 1972 for the songs to break into the top 25 of the rock singles charts in the US and UK.

The Moody Blues’ third record, In Search of the Lost Chord

, was released in July 1968. It became a top 5 album in Britain, and featured several memorable tracks. The song “Legend of a Mind” was a thoughtful tribute to their friend Timothy Leary. The songs “Ride My See-Saw” and “Voices in the Sky” cracked the top 50 in the British singles charts and the band continued to tour regularly in their home country.

The group released two studio albums in 1969. On the Threshold of a Dream

was a concept record based on the 1969 moon landing It was also the first Moody Blues record released on the band’s Threshold record label. The group would go on to release many more albums on the label over the next 30 years.

By now, the group had established themselves as one of the premiere progressive rock bands. The Moody Blues were always looking for ways to create music that was different yet engaging. In August 1970, they released the album A Question of Balance

. It was recorded with the intention of being able to be played in concert from beginning to end. The album topped the British album charts and reached #3 on the US album charts. Album tracks “Melancholy” and “Question” reached #1 on the singles charts in France and Britain, respectively. The album helped to establish the band’s popularity worldwide. The group continued their constant tour schedule, which included two performances at the legendary Isle of Wight Festival.

Their next record, Every Good Boy Deserves Favour

, was released in July 1971. The song “The Story in Your Eyes” was a top 25 hit in the US. This was followed by the album Seventh Sojourn

, which came out in October 1972. The group had experimented with their sound in their last several albums, but Seventh Sojourn

marked a return to their signature orchestral sound that was first featured on their Days of Future Passed album. Seventh Sojourn

reached #1 on the US album chart, around the same time that their classic song “Nights In White Satin” was re-released and quickly topped the singles chart.

The group went on hiatus in the spring of 1974 following a two-year world tour. The band members stayed busy during the downtime. Bassist John Lodge and guitarist Justin Hayward released the album Blue Jays

in March 1975. Their song “Blue Guitar” was a top 10 hit in the UK. There were also solo albums recorded and released during the break. The group reunited in 1977 as they entered the recording studio. Their next album, Octave, debuted in June 1978. The Moody Blues went on to tour in Europe and the US in support of the record, but singer/keyboardist Mike Pinder stayed behind to spend more time with his growing family.

Another new album was released in May 1981. Long Distance Voyager

was the first Moody Blues album without any contributions from Pinder. Former Yes keyboardist Patrick Moraz eventually replaced Pinder, and the record continued the group’s streak of successful releases. The record reached #5 on the UK album charts and #1 on the Billboard album chart. Album tracks “Gemini Dream” and “The Voice” were top 15 hits in the US. Their next recording, The Present, was released in August 1983. While it wasn’t as popular as its predecessors, it still produced the popular songs “Sitting at the Wheel,” (a US top 40 hit) and “Blue World,” (a top 40 hit in the UK).

in April 1986. The single “Your Wildest Dreams” was a top 10 hit in the US and reached #1 on the Billboard adult contemporary singles chart. The music video was also featured in heavy rotation on MTV. Their success continued with the release of the album Sur la Mer

in June 1988. The single “I Know You’re Out There Somewhere” was a continuation of “Your Wildest Dreams” and became a top 50 hit in the US and UK.

Moraz was dismissed from the Moody Blues in 1991. The group stated that Moraz was spending too much time planning a concert for the 700th anniversary of his home nation Switzerland than rehearsing with the band. Moraz later filed a lawsuit in the US against the group, claiming that his contributions to the group were diminishing and that he was being cut out of publicity photos. The suit was settled out of court, and Paul Blais and touring keyboardists Bias Boshell were brought in to complete their new record. Keys of the Kingdom

debuted in June 1991. It wasn’t as popular as their other recent releases but featured several memorable songs, including “Lean on Me (Tonight)” and “Say it With Love.” The group continued to tour heavily across the US and UK over the next year before taking another hiatus.

The band would not release another album for eight years. In the meantime, the Moody Blues worked on performing their songs in concert with a full orchestra. Their next record, Strange Times

, debuted in August 1999. It was a modest hit, although some speculated that their break from recording may have contributed to their reduced popularity. Nevertheless, the Moody Blues still appeared regularly in pop culture. They appeared on an episode of The Simpsons and also recorded two new songs for the IMAX film Journey Into Amazing Caves in 2001.

The Moody Blues decided to reduce their touring schedule as the group members got older. Original member Ray Thomas retired from the band in 2002. Norda Mullen was recruited to play flute and rhythm guitar in his absence. The group released their most recent studio album December, which was a collection of Christmas music, in October 2003. The group has continued to tour the UK and North American in recent years, and were inducted into the Rock and Roll Hall of Fame in 2018. just months after Thomas’ passing.

To date, the band has released 16 studio albums, 26 compilation albums and 7 live recordings. They have also issued a few live concert albums over the years. Over 70 million copies of their albums have been sold worldwide. The Moody Blues are a band that has continued to evolve their sound throughout their five decades in the music industry. They went from being a traditional rock band to incorporating keyboards, flutes, mellotron, synthesizers, string arrangements and spoken word pieces in their records.

The Moody Blues remain relevant today because of their many contributions over their career. They’re a group that’s hard to categorize. Many critics have put them in the rock category, but they have elements of pop, rhythm and blues, classical music, adult contemporary and world music in their albums. Their music could rightfully be found in all of these and many other categories at your local record store.

Common themes of determination, peace and deeper connections with the world around of us are in many of their albums. The band members continue to make music whenever they can, including solo albums and collaborations with other artists. They still perform as a a group periodically, and their music will continue to make an impact long after they’ve hung up their instruments. Just listening to a few of their records is a great way to understand and appreciate the time and talent that goes into creating works of art that are meant for people of all cultures, races, religions and backgrounds to enjoy. 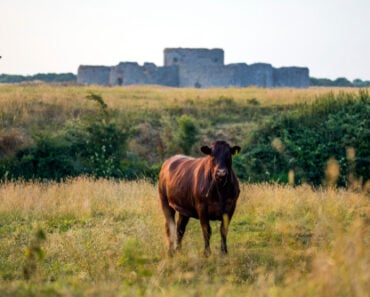 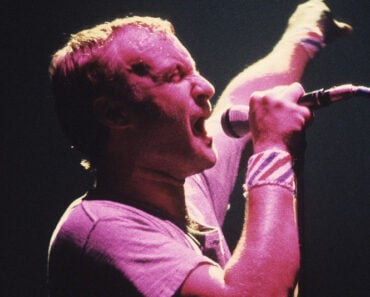 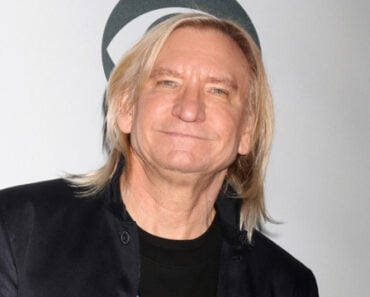 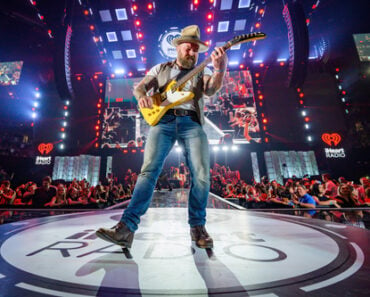 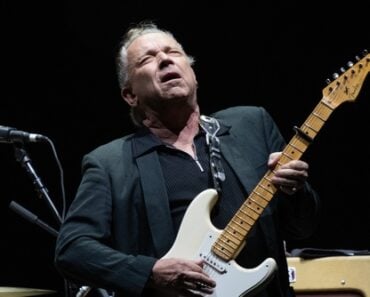 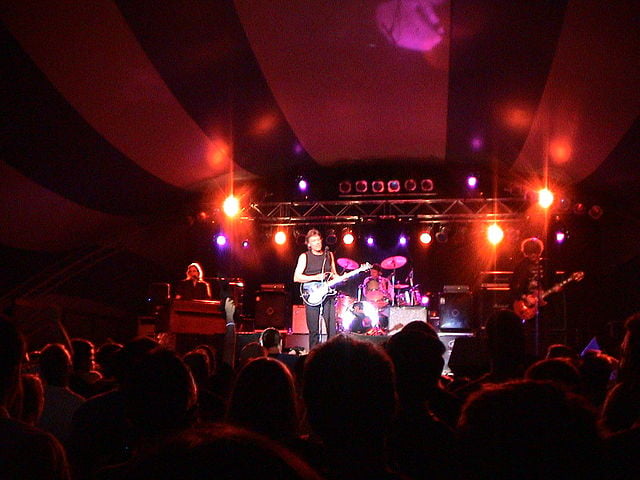