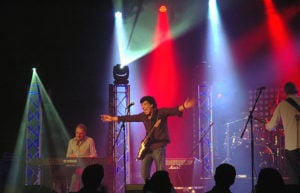 Our Top 10 Mungo Jerry Songs looks at the magnificent career of a British Rock group that achieved massive success in the 1970s. Formed in 1969, Mungo Jerry would have quite a following a year later following a sublime performance at the Hollywood Festival at Staffordshire. Their unique name was inspired by the poem “Mungojerrie and Rumpleteazer” drawn from Old Possum’s Book of Practical Cats by T.S. Eliot. Like most bands, Mungo Jerry has seen a change in their lineup with each release of their albums. However, original member vocalist and guitarist Ray Dorset has been the constant figure around which Mungo Jerry has built.

Ray Dorset had quite a tough time at the beginning of 1972 where he was fired by two of his then band members after summoning at the band’s management, having him temporarily replaced by Dave Lambert. However, Dorset would play it calmly and went on to release a solo album Cold Blue Excursion. The management would realize that Ray Dorset was the center where Mungo Jerry was built around, having him as the primary influence. Hence, King and Earl were sacked in his place, with management stating that Mungo Jerry was inseparable in the public eye of the band.

Throughout, the band has been quite influential in the pop-rock, soft rock, psychedelic rock, country, blues, folk, and skiffle music genres. The band prides itself with nineteen studio albums that have been the core of their unending fame. Here are the top 10 Mungo Jerry songs which made the band internationally recognized as true rock stars.

Ushering us to the top 10 Mungo Jerry songs is “Knocking on Heaven’s Door,” a hit inspired by Bob Dylan’s original version “Knockin’ on Heaven’s Door.” Initially, the song was featured in the Pat Garrett and Billy The Kid Soundtrack and is regarded by many as one of the purest soundtracks ever. Statistics don’t lie with Mungo Jerry being among the more than a hundred and fifty artists who have covered the song. The song is written from the perspective of a dying sheriff.

What’s it with older women to younger guys who have quite a hormonal rush? If you thought this is just a trend cropping up in recent years, then you are wrong! Ray Dorset makes wooing a ‘sugar mama’ feel quite an easy thing and the ultimate goal of casual dating! Young men of this age can only fantasize about sugar mamas from the 70s, as described by Ray Dorset. “Sugar Mama” brings on the glamour of lustful desire about older women who seem to give young men sleepless nights! Their experience and carefree attitude probably hook the young so deep to their portion of love.

#8 – You Better Leave That Whiskey Alone

Yeah! You better leave that whiskey alone since it’s not going to give you a remedy for any of your life problems. Featured on Mungo Jerry’s 1971 album, Electronically Tested, “You Better Leave That Whiskey Alone” is a song inspired by life after the departure of a soul mate. In this context, it is the mother of Ray Dorset who seems to be so addicted to the bottle of whiskey. Ray Dorset seems quite disturbed by this and ends up calling the doctor, who advises that the mother better put away the bottle or she will land herself into bigger problems. Whatever that whiskey bottle is in your life, trash it since it won’t make life easier- therapists can tell better!

Written by the band’s frontman, Ray Dorset, “Baby Jump” was the second song by Mungo Jerry to be featured on top of the UK Singles Chart. The song was initially written in the late 1960s but was rewritten for the 1971 album Electronically Tested. “Baby Jump” is inspired by the beauty of a woman the artist seems to have a crush on. All he can do is to dream about her since she seems far from reach!

“The Pushbike Song” is one of the best Mungo Jerry songs from their album All the Hits Plus More. Notably, the band’s idea for this song was to make a sublime cover for The Mixtures’ 1970 release. While the original song reached number one and two on the Australian and UK charts, Mungo Jerry kept their audience engaged with their sublime performance of the cover.

Featured on the band’s 1976 album, Impala Saga, “Hello Nadine” is one of the spectacular originals from Mungo Jerry worthy mention in the top 10 Mungo Jerry songs. The song serves as the perfect opening song to the album, thanks to its catchy tune and awe-inspiring instrumental. “Hello Nadine” went on to become a European hit and a top-five hit song in Canada. The song is about two lovers who shared quite a nice past, and the guy can’t stop reminiscing on the good old days while trying to make the present and future days even better.

If you need an ego booster as a man after you have life composed (read when your bank is loaded and ready to spend), then “Mighty Man” is the hit song to jam to. Crazy as Ray Dorset screams can be in the song, you probably might find yourself imitating them thanks to their catchy vibe. The song is a perfect example of what tons of instruments and sounds can do when combined!

Despite being engulfed by some controversy, “Lady Rose” still is one of the best Mungo Jerry songs ever released. BBC banned the song from radio play under the accusation that it encouraged drug taking due to the inclusion of the line “Have a Whiff on Me.” The Piano and harmonica-led song reached number five on the UK Singles Chart, making it one of the best performing songs from the band.

Number one in our top 10 Mungo Jerry songs is the hit “In the Summertime” from the band’s 1970 debut album In the Summertime. Ray Dorset penned the lyrics to the song while he worked for Timex in the UK. The awe-inspiring instrumentation on the song includes acoustic and electric guitars and cabasa by Dorset, piano beats by Colin Earl, banjo and jug by Paul King, and the string bass by Mike Cole. Dorset’s rhythmic stomping of the foot might make you think that there were drums on the song! The song finds its way onto music playlists each summer, making Mungo Jerry almost immortal.