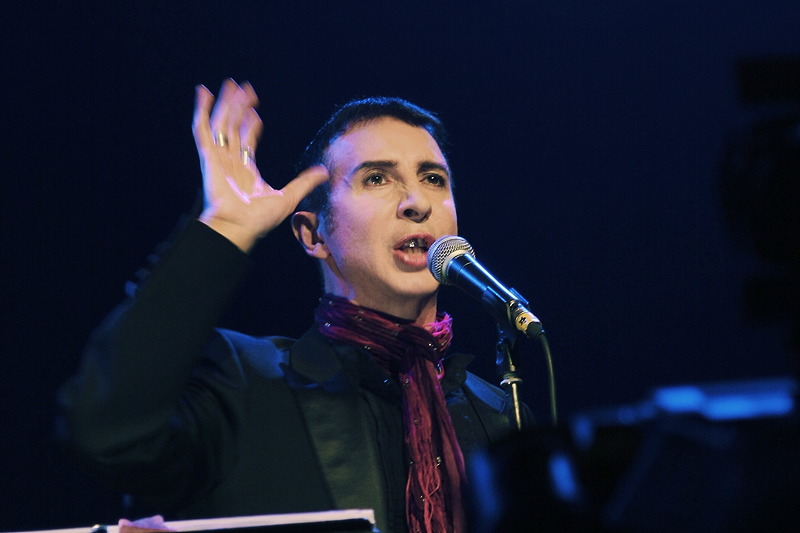 Here is a list of the ten best Soft Cell songs.

Kicking off our top ten Soft Cell songs list is a track that is taken from the group’s comeback album released in 2002 titled Cruelty Without Beauty which so far is their final album. This is the best track in the album, having a dark sound with lyrics that bemoan the dullness and boredom of everyday life.

Up next we have a single taken from Soft Cell’s fourth album The Last Night In Sodom released in 1984 which would be their last album for eighteen years. It got to number twelve on the UK album charts. The record represented a shift in sound for the band, with this track having a rockabilly feel to it.

This single was taken from Soft Cell’s second album The Art of Falling Apart released in 1983. Despite the album reaching number five on its respective chart, this and the record’s other single “Numbers/Barriers” both charted, but unlike Soft Cell’s previous five singles, it failed to reach the top twenty, although this only just missed it, peaking at twenty-one.

This song is a cover of The Supremes track that was featured on the ep Non Stop Ecstatic Dancing released in 1982. It is a mini-album that consists of remixed versions of material that the band had previously recorded. The sound of it is much more dance-oriented than that of their debut album. This track is a remix of the B side of “Tainted Love.”

This single was also taken from This Last Night In Sodom and got to number sixteen on the UK singles chart. The album was very well received critically but not so much commercially, and it has since been out of print. A remastered version was later released which included the 12 inch single mix version of this track.

Here we have another cover which was originally performed in 1965 by Melinda Marx, the daughter of Groucho Marx. Judy Street had previously recorded a cover of it in 1968. However, Soft Cell’s is a take on the track for a different era. It is taken from Non Stop Ecstatic Dancing and their fifth top ten UK hit, where it reached the very high position of number three.

This is one of Soft Cell’s biggest hits which peaked at number two in the Uk when it was released in 1982. It also charted in a couple of other countries. The track features Cindy Ecstasy, who was a rapper from New York. The B side to the single was “Insecure Me” which was originally intended to be a double A side.

Just off the top spot is this single that was also featured on the first album and was released in 1981 where it got to number four. It is about the underbelly of the club scene in London at the time and is widely regarded as one of the most classic pop songs of the early 1980’s. Neil Tennant from the Pet Shop Boys stated that when he and bandmate Chris Lowe first met one thing that they had in common musically was that they were both huge fans of this track.

At the top of this list is a song that is not originally by Soft Cell but is essentially their signature song. The original was recorded in 1964 by Northern Soul singer Gloria Jones. At first, it was a track that Soft Cell performed during their live concerts before they were persuaded to record it as a single. Largely thanks to the band’s memorable performance of it on British chart show Top of the Pops, it got to number one in the UK and was the biggest selling British single of that year. It was also a big hit in the US where it spent forty-three weeks on the Billboard 100.

In 1991, Marc Almond would re-record his own version as tie-in to the singles compilation Memorabilia- The Singles. This version was titled “Tainted Love 91.” This version was also very successful getting to number five in the UK upon the year of its release.

In 2001, gothic rock singer Marilyn Manson recorded his own version of the song of which the arrangement was based on Soft Cell’s version. It was featured on the soundtrack to the film “Not Another Teen Movie” released that year and the promo video featured several of its cast members. It was also very successful despite being a very different sounding version.

Top 10 Soft Cell Songs Classicrockhistory.com claims ownership of all its original content and Intellectual property under United States Copyright laws and those of all other foreign countries. No one person, business or any organizations is allowed to republish any of our original content anywhere on the web or in print without our permission.