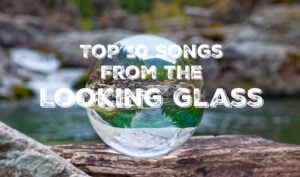 The contribution the Looking Glass made to pop culture first began in 1969 when Brooklyn’s Elliott Lurie met with Larry Gonsky and then recruited Jeff Grob and Pieter Sweval while they were students at Rutgers University in New Brunswick, New Jersey. At first, the Looking Glass performed at frat parties and local clubs before briefly splitting up after graduation. Later, the band members would team up again as a hard rock group sporting what became part of the Jersey Sound.

After Looking Glass signed up with Epic Records, the group’s self-titled debut album was released on June 6, 1972. This was the recording that would produce the band’s one and only number one hit single, “Brandy (You’re a Fine Girl).” It was an unintentional hit as the song was on the B side of a vinyl record that had “Don’t It Make You Feel Good.” Originally, the single went unnoticed until it received airplay by a disc jockey in Washington, D.C. Since then, it became the big breakthrough the Looking Glass needed to win over a nationwide audience. The popularity of the song also won over a fan base in Canada and the United Kingdom.

In 1973, Looking Glass released Subway Serenade as its second studio album. From it, three singles were released but none of them managed to repeat the same level of success as “Brandy.” In 1974, Brendan Harkin joined the band, shortly before Elliott Lurie left to pursue a solo career. Lurie was replaced by Michael Lee Smith and the name of the band changed from Looking Glass to Fallen Angels.

When Richie Ranno joined as the band’s second guitarist in 1975, Larry Gonsky left. Then in 1975, the band underwent another name change, this time to Starz. The musical style also changed as Starz ventured into the genre of heavy metal music. Even though Starz didn’t earn much commercial success as a band, it did serve as a key influence that would bring forth groups such as Bon Jovi, Motley Crue, Poison, and Twisted Sister. Starz was best known for the hit single “Cherry Baby.” Unfortunately, Looking Glass and Starz would lose Pieter Sweval for good on January 23, 1990, when he died of AIDS.

Peering Through the Looking Glass

For Elliott Lurie, his solo career started with the release of his self-titled album and a single, “Disco (Where You Wanna Go).” After failing to make a US Billboard Hot 100 impression, he left Epic Records in favor of Arista Records. He also worked as a songwriter for Chappell Music and Screen Gems Music.

In 1984, he moved to Los Angeles, California, then became the head of the music department at 20th Century Fox in 1985. Since then, he’s played an integral role in the music production of 1985’s Perfect, 1992’s Alien 3, 1998’s A Night at the Roxbury, 2001’s Riding in Cars with Boys, and 2004’s Spanglish. It wouldn’t be until 2003 that Elliott Lurie would breathe new life into the Looking Glass. Although there hasn’t been any new material that’s been released, the band had been performing at various venues.

To 10 Songs from Looking Glass

“One by One” started off as an acoustic ballad as Elliott Lurie spoke up about waking up in the morning and praying. This was a heartache song that had the singer deal with the reality of a breakup that was hitting him hard. The style of music that defined Looking Glass offered a mix of blues, country, jazz, pop, and heavy rock. “One by One” displayed the softer side of a group that demonstrated how talented they were as songwriters.

All the material that made up the track list of the group’s debut album was either written by Elliott Lurie or Pieter Sweval. “One by One” was a Sweval gem that served as the final track of an album that may not have been a favorite among music critics but was definitely an inspirational favorite among the Mid-Atlantic fan base who could relate to the material. Fans of Pieter Sweval will remember him as the founder behind Starz after Elliott Lucas took it upon himself to embark on a solo career.

What made Looking Glass appealing was how they could take country-oriented instrumentation from one end of the musical spectrum to another. “Stanton Station” was a tune that revolved around the New Jersey railroad that left the narrator unemployed due to circumstances beyond his control. This was an unapologetic song about a person’s lifestyle who chose to look at life with a positive attitude instead of a negative one.

From the album, Looking Glass, “Dealin’ With the Devil” had a piano arrangement performed by Larry Gonsky that made this song an easy favorite. This was a fantastic song where the narrator found himself at odds with the very thing his mother warned about as he attempted to make the most out of his own life. This was an enjoyable tune many fans could easily relate to with their own experiences. “Dealin’ With the Devil” was a song that became a regional favorite among the fans not long after it was first released in 1972.

“Catherine Street” was a harmonic song of beauty that first gave the impression this would be a soft country hit. This easy-listening gem featured Elliott Lucas at his vocal best and it was a shame this song didn’t receive more attention when the Looking Glass debut album was released in 1972. While the band may not have achieved the commercial success they hoped for at the time, they did win over a solid fan base that preferred their brand of music to what the radio stations were favoring at the time.

Released on the A side of the same record that produced the hit single, “Brandy,” “Don’t It Make You Feel Good” was a jazzy tune that first opened with a piano solo. As a song addressing a love interest, it paralleled beautifully with “Brandy.” Unfortunately, this song was largely ignored by commercial radio and the Looking Glass failed to achieve the same level of commercial success with it as they did with “Brandy.”

Fans with a discerning ear, found ‘Don’t It Make You Feel Good” a soulful favorite that triggered a wave of recording artists to get in on the Jersey Sound and its international influence. This song was the local favorite among a fan base that recognized the Looking Glass as more than a one-hit-wonder.

“Jenny-Lynne” was a fast-paced pop tune that best defined who the Looking Glass was as a band. This was the lead track from the band’s debut album, Looking Glass, and was among the few songs from the group that shared the same performance style as a recording as it did live. The lyrical tale of a love interest was the core of a song that Elliott Lurie referenced as someone whom he wanted to spend more time with.

1973’s “Rainbow Man” was a single the Looking Glass released from the album, Subway Serenade. As the narrator sang about moving on as someone that’s here today and then gone tomorrow, this song somewhat served as a sign of things to come as far as the band’s fate was concerned.

Within a year after “Rainbow Man” only charted as high as number ninety-four on the US Cash Box chart and failed to edge into the top one hundred on the US Billboard Hot 100, Elliott Lurie moved on without his bandmates. “Rainbow Man” was a gem of a tune that has many fans in the agreement that didn’t receive the amount of recognition it deserved at the time.

“Golden Rainbow” became a number thirty-seven hit on the US Billboard Adult Contemporary chart and a number seventy-five hit on the US Cash Box chart. It served as the follow-up single behind “Brandy (You’re a Fine Girl)” but failed to make as big an impression. In the song, the narrator was addressing his love interest she was the reason why life began to look up for him.

From the Looking Glass’s second and final studio album, Subway Serenade, “Jimmy Loves Mary-Anne” was a recording that shared the tale of the lovestruck couple’s desire to escape the harsh living conditions of inner city life. This song inspired Mark Williams to perform his own version in 1975 but spelled it as “Jimmy Loves Marianne” instead. Josie Cotton did the same in 1984. Her version peaked at number eighty-two on the US Billboard Hot 100. The popularity of the Looking Glass original was immense in Chicago as it received a tremendous amount of airplay on its WLS radio station.

“Brandy (You’re a Fine Girl)” was released as the B side of the record featuring “Don’t It Make You Feel Good.” At first, the song received very little attention until a Washington D.C. jockey named Harv Moore drew enough attention to it for the rest of the nation’s radio stations to catch on. This became a number one hit on the US Billboard Hot 100, the US Cash Box chart, and the Canadian RPM Singles chart. On the US Billboard Adult Contemporary chart, “Brandy” peaked as high number seven. In the UK, it was a number fifty-five hit and became certified gold with its British Phonographic Industry. It was also certified gold by the Recording Industry Association of America.

The song was about a barmaid named Brandy who lost the love of her life to the sea. Despite the sailors attempting to win her over, their efforts were all in vain. As for the fans, after the 1972 release of “Brandy,” it became a popular name choice for newborn girls. The song gained popularity once again when it was used in one of the opening scenes in Guardians of the Galaxy Vol. 2. It was also recently sung by Saul Goodman in Better Call Saul on the karaoke stage with was incredibly cringy.  This is the type of song that will continue to find new audiences over the years as it’s such a classic recording. 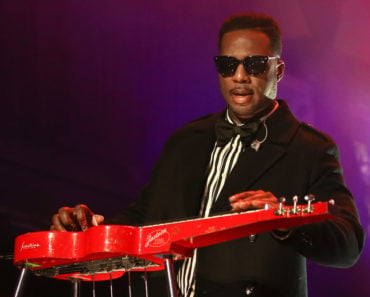 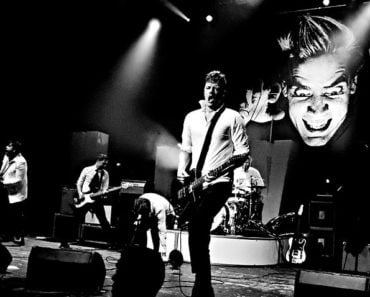 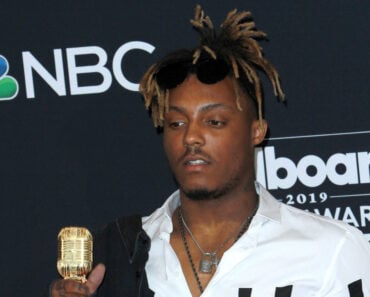 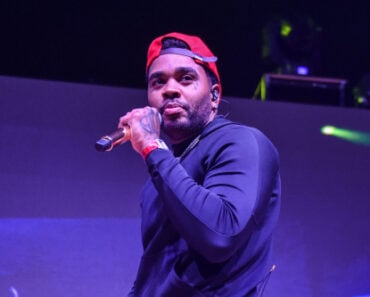 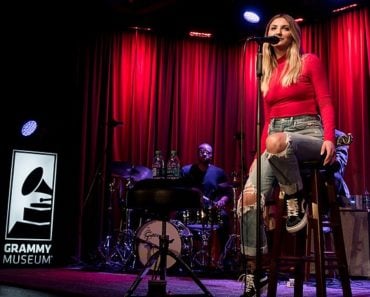 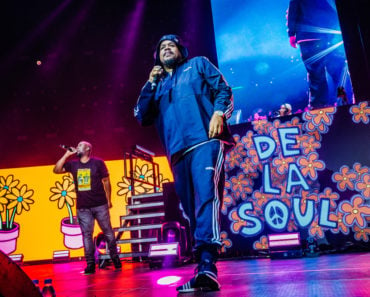