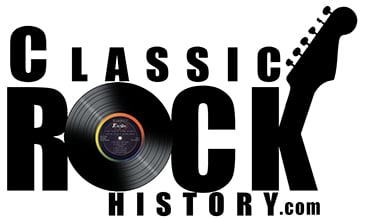 Well its the holidays and  its time to figure out what to buy that classic rock fan. This article takes a look at some of the best classic rock box sets released in 2016. With a lack of new rock material being released by our favorite bands, the only alternative is for record companies to dig deep into classic rock archives. This year’s best classic rock box sets vary from unreleased recordings, lives concerts, and of course the traditional release of remastered CDs and box sets of entire artist catalogs. If anything tickles your rock and roll bones simply click on the pics and you will be delivered to Amazon where you will probably find the best price on the sets and of course the quickest shipping possible. All the box sets listed in this article are newly released 2016 issues. We hope you enjoy the article. Happy Holidays 2016!

A great two CD box set that includes many King Crimson tracks never before released on CD. And its pretty cheap coming in at under twenty dollars. You cant go wrong with this one.

All classic rock fans love the Beatles, so you can;t go wrong with Sir Paul. Another great box set priced very low. This one features a comprehensive career collection  of Paul McCartney’s solo works on 4 CDs.

Now this is what we call a box set. The entire Lour Reed catalog of albums that he released on the RCA and Arista record labels.

Lou Reed – The RCA & Arista Album Collection- includes several titles which have been out-of-print, hard-to-find or unavailable on CD.

Well Kiss fans wont be able to pass this pretty unique box set. Kiss in Vegas! Why not?

Deluxe edition also includes a beautiful 60 page book. A great gift for Kiss fans, because this is one they probably don’t have already.

Okay this is what you call a box set. although it may cost you a weeks paycheck.

‘The Early Years 1965 1972’ is a comprehensive 28-disc box set that sees Pink Floyd delve into their vast music archive to produce a deluxe package that includes 7 individual book-style volumes, featuring much previously unreleased material. The Early Years box set contains unreleased tracks, BBC Radio Sessions, remixes, outtakes, and alternative versions over an incredible 11 hours, 45 mins of audio (made up of 130+ tracks), live and TV performance in over 14 hours of audio-visual material. The content includes over 20 unreleased songs, more than 7 hours of previously unreleased live audio, and over 5 hours of rare concert footage, along with 5 meticulously produced 7″ singles in replica sleeves, collectible memorabilia, feature films and new sound mixes. Previously unreleased tracks include 1967’s ‘Vegetable Man’ and ‘In The Beechwoods’, which have been mixed for the first time, specially for this release. ‘The Early Years 1965-1972’ will give collectors the opportunity to hear the evolution of the band and witness their part in cultural revolutions from their earliest recordings and studio sessions to the years prior to the release of ‘The Dark Side Of The Moon’, one of the biggest selling albums of all time. From the single ‘Arnold Layne’ to the 20-minute epic ‘Echoes’, fans will see the invention of psychedelic progressive rock via an insightful collection that explores the Pink Floyd story from the time Roger Waters, Richard Wright, Nick Mason and Syd Barrett met at London’s Regent Street Polytechnic, through to Syd’s departure and David Gilmour joining to form the iconic lineup.

7 inch Singles:
1. Side A: Arnold Layne Side B: Candy And A Currant Bun
2. Side A: See Emily Play Side B: The Scarecrow
3. Side A: Apples And Oranges Side B: Paintbox
4. Side A: It Would Be So Nice Side B: Julia Dream
5. Side A: Point Me At The Sky Side B: Careful With That Axe, Eugene

Pink Floyd fans ordering ‘The Early Years 1965 – 1972’ will get an extra piece of the band’s history. The box-set will now also include a supplementary disc featuring the band’s seminal Live At Pompeii concert as a 2016 audio mix. The 6 tracks totaling over 67 minutes include live versions of ‘Careful With That Axe, Eugene’, ‘Set the Controls For The Heart Of The Sun’, ‘One of These Days’, ‘A Saucerful Of Secrets’, ‘Echoes’ and an alternative take of ‘Careful With That Axe, Eugene’.

The Rolling Stones In Mono

There is nothing like these classic 1960’s recordings in mono. We brought this set and it sounds incredible. Highly Recommended!

You can never have enough Led Zeppelin. These CDS sound fantastic. Its great to have some some Live Led Zeppelin officially released that sounds this good. The performances are jaw dropping. This is our choices for the best box set of the year for the money.

Nearly 20 years ago, Led Zeppelin introduced BBC Sessions, an acclaimed two-disc set of live recordings selected from the band’s appearances on BBC radio between 1969 and 1971. Later this year, the band will unveil THE COMPLETE BBC SESSIONS, an updated version of the collection that’s been newly remastered with supervision by Jimmy Page and expanded with eight unreleased BBC recordings, including three rescued from a previously “lost” session from 1969.

BBC Sessions was originally released in 1997 and has been certified double platinum by the RIAA. THE COMPLETE BBC SESSIONS builds on that collection with a third disc that boasts eight unreleased performances. In addition, the set includes extensive session-by-session liner notes written by Dave Lewis. For the first time ever, it provides accurate details and notes about all of the band’s BBC sessions.

Musical highlights on this new collection include the debut of a long-lost radio session that has achieved near-mythic status among fans. Originally broadcast in April 1969, the session included three songs: “I Can’t Quit You Baby,” “You Shook Me,” and the only recorded performance of “Sunshine Woman.”

Also included are two unreleased versions of both “Communication Breakdown” and “What Is And What Should Never Be.” Separated by two years, the performances vividly demonstrate the young band’s rapid evolution over a short period of time.