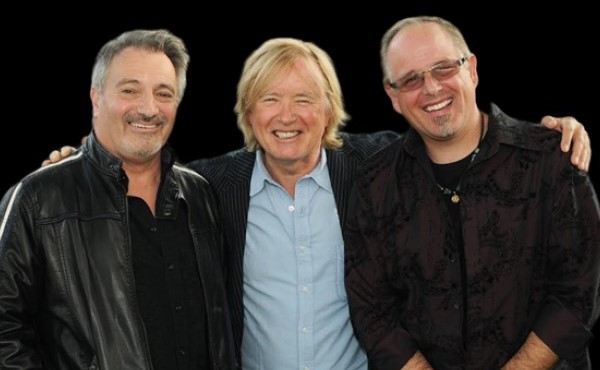 The question that first hit us here at classicrockhistory .com was how do we choose 10 songs from a band that have been releasing albums for 50 years? The band Savoy Brown has released close to 40 albums since 1967. The band’s first album was issued in 1967 entitled Shake Down. Forty years later in 2017, the band has released their thirty-ninth album entitled Witchy Feelin.’  The band has gone through many lineup changes over the years. However, the one constant has been founding member and lead guitarist Kim Simmonds. With due respect to all the musicians, Kim Simmonds is Savoy Brown. Simmonds guitar work has set the tone for all blues rock guitar players since 1965.

The band Savoy Brown was originally founded by Kim Simmonds and harmonica player John O’Leary in England in 1965. The original lineup consisted of Leo Manning  on drums, Trevor Jeavons and Bob Hall on keys, Ray Chappell on bass and Brice Portius on lead vocals. From 1967 to 1971 the band featured Tony Stevens on bass, Roger Earl on drums, and Dave Peverett on lead vocals. Stevena, Earl and Peverett would leave the band in 1971 and form the band Foghat. Nonetheless, the Savoy Brown band continued to tour and release albums with an ever changing lineup.

The song “It Hurts Me Too,” is one of the most popular blues standards ever written. The song dates back to the 1930. Like many old blues songs, there is no songwriter credit attached to the song. Savoy Brown recorded the song for their 1969 album Blue Matter. It was the albums closing track.

In 2017, Kim Simmonds and Savoy Brown released the groups 39th album entitled Witchy Feelin.’ The band now performs as a trio and features Kim Simmonds on guitar, Pat DeSalvo on bass and Garnet Grimm on drums.. The three musicians have defined the lineup of Savoy Brown since 2012. Fifty years later, Kim Simmonds still sounds as great as he did in 1967

The song “Poor Girl,” was released on Savoy Brown’s Looking In album. The record was issued in 1970. Savoy Brown has released some great album covers, but Looking In  has always been our favorite cover. The track “Poor Girl,” features the great guitar work of Kim Simmonds and the incredible vocals of Lonesome Dave Peverett. We are big Foghat fans here at classicrockhistory.com so It’s fascinating to listen to this lineup of Rod Rice, Tony Stevens, Dave Peverett and Kim Simminds. Foghat’s sound was so different from Savoy Brown and that in itself makes for a very interesting conversation.

One of the most popular Savoy Brown songs is the smoking track “Hellbound Train,” from the album of the same name. The Hellbound Train record was issued in 1972. Hellbound Train was the follow up album to the great Street Corner Talking album. The Hellbound Train album proved to be the band’s highest charting album, peaking at number 34 on the Billboard Hot 100 album charts in 1972. This sounds like, and was a completely different band from the Lonesome Dave years.

In 1989, Kim Simmonds and Savoy Brown released a rollicking record entitled the Kings Of Boogie. The late 1980’s presented fans with a revitalization of the blues with artists like Stevie Ray Vaughan and his brother Jimmy’s band the Fabulous Thunderbird tearing it up. This was the title track. Simply smoking!

Well while we are on the topic of boogie, why not chooses another great rocking boogie track form the underrated Bring It Home album. This one was released in 1994.

The slow haunting, but grooving blues track “Voodoo Moon,” was the title track to Savoy Brown’s great 2011 album Voodoo Moon. Listen to Kim Simmonds playing in between verses; its simply to die for. Great music, great playing. Kim Simmonds just kept getting better every year he continued to tour and record. Talk about the real deal!

At the top of our Savoy Brown songs list stands our favorite track from the band. The great tune Tell Mama was released on the amazing Street Corner Talking album. Singing lead vocals on the track was the great Dave Walker. Many people do not realize that Dave Walker actually replaced Ozzy Osbourne in Black Sabbath for a very short period of time. Dave Walkler also sand lead for Fleetwood Mac in the early years and also sand lead in about eight other rock groups throughout his career. Replacing the great vocalist Lonesome Dave Peverett in Savoy Brown was no easy feat, but Dave Walker did one hellbound helluva job.