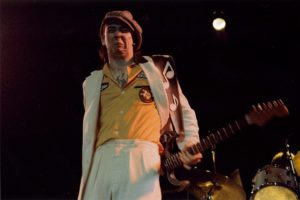 Our Top 10 Stevie Ray Vaughan Albums list looks back at the career of a musical artist that was taken from this world way too soon. There have been thousands of brilliant musicians who have contributed to popular music culture over the past two centuries, but there may be none who have ever played with the intensity and passion that Stevie Ray Vaughan played with on a nightly basis As bold as a statement as that may sound, all it takes is for someone to begin listening to the mesmerising recordings left behind of Stevie Ray Vaughan playing live to be convinced that it’s true. The man was incredibly talented but it was his heart and soul that made the difference.

Stevie Ray Vaughan seemed on the verge of breaking musical barriers when he died in that plane crash in 1990. His last studio album In Step had taken his Texan style blues playing to an entire new level. Who knows where he was heading, but we were all eager to go along for the ride before it all came crashing down. In the end, we are not left with a lot of studio material.

In 1990, Stevie Ray Vaughan teamed up with his brother Jimmy Vaughan and released the album Family Style produced by Nile Rodgers. It would be the final studio album that Stevie Ray Vaughan ever played on. Fourteen months after his passing Columbia Records released the posthumous album The Sky Is Crying which contained fourteen unreleased tracks. From that point on, it’s been mostly live recordings that his record company have released over the years. Every single one of them are outstanding because how could they not be. It’s Stevie Ray Vaughan. There was also a wonderful three cd box set entitled SRV issued in 2000 that combined released and unreleased material both studio and live.

Our Best Stevie Ray Vaughan Albums list will take a look at only the studio albums. We plan on doing another article just on his live releases because there are quite a few of them. We hope you take the time to look through these amazing albums because they feature an artist who we feel was the greatest musician who has ever lived.

This is more of a compilation album than a studio release of unreleased material. It’s basically slow blues songs from his studio albums mixed with a few unreleased tracks which was the sole purpose for hardcore Stevie Ray Vaughan fans to pick it up. Still if your in the mood just to hear nothing but slow blues, then this is a nice release to pick up if you can find it. The album was released in 2000.

In 1990, Stevie Ray Vaughan and his older brother Jimmie Vaughan finally came together to record an album entitled Family Style. The album was not the barn burning blues album that many fans had wished for. Rather it was more of a groove oriented album that was very much influenced by Nile Rodgers as the album’s producer. We love Nile Rodgers but just imagine if they had someone like Tom Dowd producing this record,. The results would have been dramatically different.

This was a tough Stevie Ray Vaughan album to buy when it was first released because we all knew we were buying the final Stevie Ray Vaughan studio album. Like all posthumous albums released in the wake of an artist passing, the album is a mixed bag of unreleased tracks that lacks any sort of cohesion. But how could it? Stevie Ray Vaughan never meant to release an album like this. As the follow up to the groundbreaking In Step album, this was a disappointment, because Stevie Ray Vaughan had literally taken the next step in his musical journey. This album went in the opposite direction. Still, it was all we had left, and as fans we would rather hear it then not. Most of the recordings on the album were cover songs with only “Empty Arms,” being an original. Although, the composer on the album’s opening track is unlisted.

We finally get to the first album on our list of Stevie Ray Vaughan’s brilliant official studio albums that were released the way Stevie Ray Vaughan intended them to be while he was alive and tearing up the concert stages night after night. Stevie Ray Vaughan’s Soul to Soul was the artist’s third studio album of his career. The album was released in 1985. This is usually considered the weakest of his four solo albums, but weak is a relative term when talking about an artist like Stevie Ray Vaughan because this album would still blow away most other modern day blues records. Highlights included the great opening instrumental “Say What!” the rocking cover of Hank Ballards “Look Out Little Sister,” the slow heart wrenching original blues number Ain’t Gonna Give Up On Love,” where Stevie Ray Vaughan shows off his sensational underrated singing chops and the album’s lead single “Change It. ”

Texas Flood was the debut album of Stevie Ray Vaughan and his band Double Trouble. Three musicians that sounded like a rock and roll orchestra. On bass was the fabulous Tommy Shannon and on drums was the great Chris Layton.

Stevie Ray Vaughan composed half of the songs on the album. It’s one of the things that separated him from many of the other modern day blues rock artists who mostly recorded traditional blues songs. And he wrote great tunes. Other great Stevie Ray Vaughan originals on the album included “Pride and Joy” “Rude Mood,” “Lenny,” and “I’m Crying.”

In 1984, Stevie Ray Vaughan and Double Trouble set out to prove that they were the real deal after their stunning success of their debut album Texas Flood. For anyone with half an ear there was nothing more that needed to be heard as that first album proved it very convincingly, Still, Stevie Ray Vaughan spent more time in the studio with Tommy Shannon and Chris Slayton and delivered a powerhouse rock and roll blues record. Stevie Ray Vaughan really lit it up on his cover of the classic Jimi Hendrix tune “Voodoo Child (Slight Return).” One of the album’s other highlights was the roaring version of Kendrid’s “Cold Shot.” The almost ten minute masterpiece of Robert Geddins’ Tin Pan Alley,” was another one to knock you off your rock and roll shoes. Stevie Ray Vaughan’s 1984 album Couldn’t Stand The Weather stands as one of the best albums he ever released and one of the great rock and roll blues records of the 1980s.

Writing about this album by Stevie Ray Vaughan makes me sad in similar ways that I felt when I had to write about Lynyrd Skynyrd’s Street Survivors album. Both records stand as the final studio albums from two amazing musical acts who seemed destined to take their art to the next level by what they had accomplished on their final studio albums. Like Lynyrd Skynyrd, Stevie Ray Vaughan has revamped his sound on the In Step album. The blues rock spirit was still burning but it was wrapped around a modern sound that he seemed to be developing. It’s hard to explain because the sound we hear on this record ended on this record when Stevie Ray Vaughan passed away in the plane crash a year later. Would it have continued into the next record, or was this just just an outlier in his catalog?

The In Step album is easily the greatest studio album Stevie Ray Vaughan ever released. From its raging party opener “The House Is Rockin,” to the slow blue jazz instrumental “Riviera Paradise,” every track on the album is a heavenly experience for a fan of any style of music. Side one was just unbelievable in how every track is a five star recording from the “House Is Rockin,” to the brilliant production of “Crossfire” through the killer cut “Tightrope,” the legendary blues version of Willie Dixons “Let Me Love You Baby” and the heartbreaking vocals and crying solo performed on Buddy Guy’s “Leave My Little Girl Alone.” It’s almost too much to take it’s so good. We miss your Stevie Ray…… 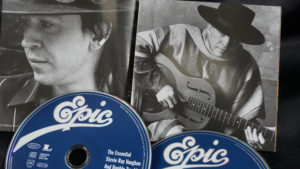 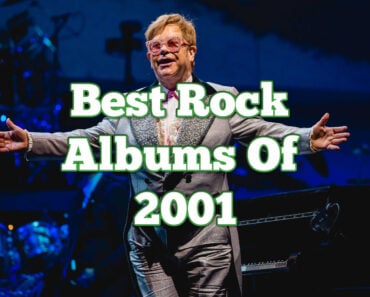 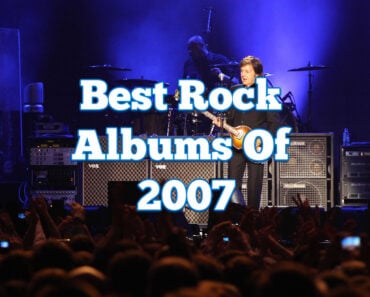 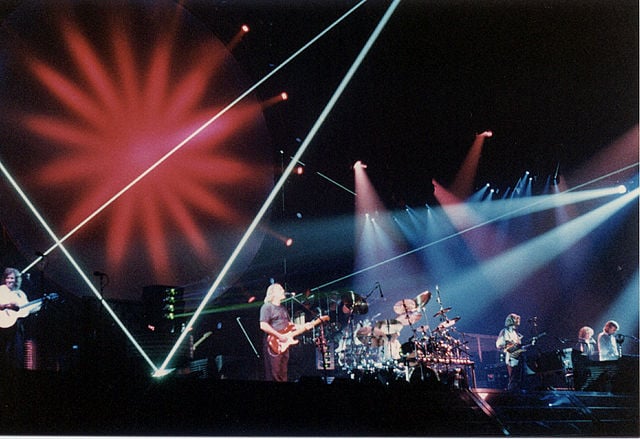