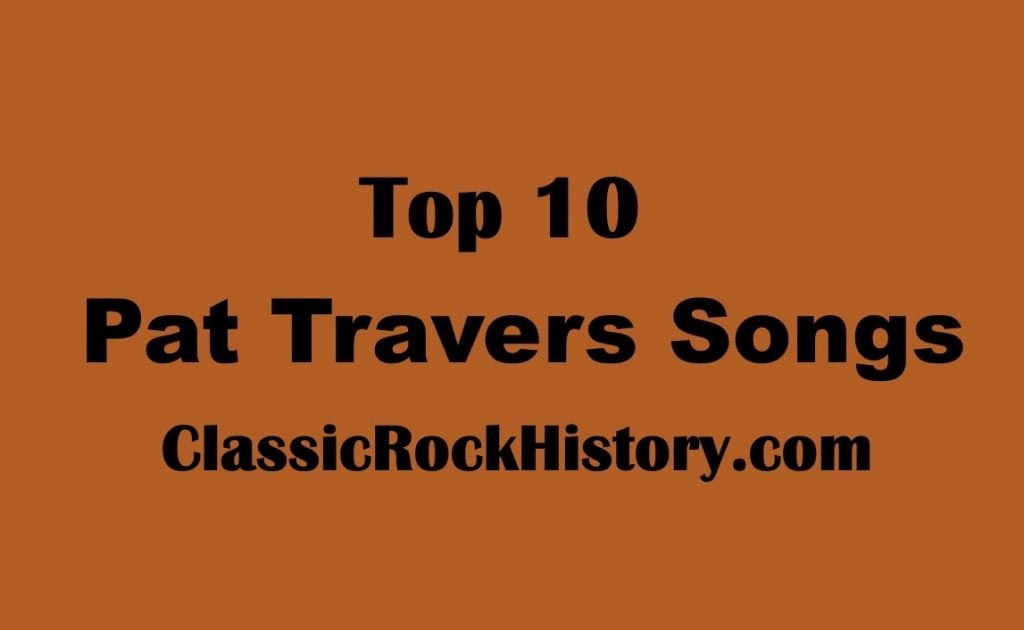 Canadian born Pat Travers stands as one of the most respected and exciting rock guitarist to come out of the 1970’s classic rock era. Pat Travers was discovered by the legendary Ronnie Hawkins. Mr. Hawkins was known for his work in his band the Hawks. He was also known as being a mentor for many young musicians and played a key roles in the development in the careers of many well-known musicians, Pat Travers first album was released in 1976. After his debut album was released , Pat Travers continued to release records on a very steady basis until 1984. From 1976 to 1984, Pat Travers released a total of 10 albums.

In 1990, Pat Travers signed with a different label and began releasing new music. From 1990 to 2015, Pat Travers released twenty-six albums. The Pat Travers band has continued to tour on a steady basis. Some writers have compared Pat Travers career and artistry to Robin Trower. Regardless of comparisons to other artist, one thing for sure is true, Pat Travers has delivered an amazing body of work. His constant touring and performances have anointed him as one of the hardest working guitar players of the past forty years.

“Makin’ Magic,” is a perfect example of early 1970’s rock that featured great vocals,great guitar work and melodies and chord changes that fit perfectly on both AM and Fm radio. The song Makin’ Magic always reminded me of the Edgar Winter Group. Great musicianship and great songs. Pat Travers’ solo at the end of this tune is to die for.

The smoking instrumental “Hammerhead,” was released on the 1978 album Heat in the Street. The album featured legendary drummer Tommy Aldridge. The well-known drummer recorded five albums as a member of the Pat Travers band. Aldridge would also record  close to ten records with Black Oak Arkansas, as well as recordings with Whitesnake, Ozzy Osbourne, and Thin Lizzy.

The Heat in the Street album would also feature Peter ‘Mars’ Cowling on bass and Pat Thrall on guitar and keys. They would form the core four of the Pat Travers band during the glory years of the 70’s and 80’s.

Pat Travers great guitar licks open up his masterful cove of the classic tune Born Under A Bad Sign. The song was released on the 1980 Crash and Burn LP. The song was originally written by Booker T Jones and William Bell for Albert King. The song was covered by many artists including Eric Clapton’s band Cream. Pat Travers tares it up on his cover version of this great classic song.

Pat Travers album Crash and Burn was the highest charting album of Pat Traver’s career. The great song “Crash and Burn,” starts out with a great flanged bass line that always reminded me of the opening bass line to Sonny and Cher’s “The Beat Goes On.” However, the song instantly dives into a series of minor chords that sets up a track for the ages. Great keyboard work wraps around Travers guitar licks and chilling vocals on this one. Cool keyboard solo too!

While “Snortin Whiskey,” may be the most popular Pat Travers song, we could not help but choose Boom Boom Out Go The Lights as our number one choice on this Pat Travers songs list. Rock and roll is all about the live experience and Pat Travers 1979 live album proved that point times ten. The love version of “Boom Boom Goes Out The Lights,” not only displayed the great party atmosphere that all great rock concerts define, the songs featured some of Pat Travers greatest guitar work. And isn’t that what it’s all about for a musician whose claim to fame is his talent as a guitar player.