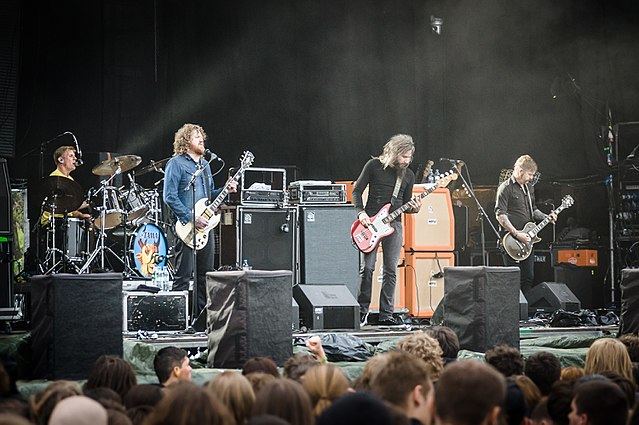 It is not fun aging. At all. But we all do what we can or have to dealing with it. The aches, pains, surgeries sometimes, stress, responsibilities, and any number of things that make life that much more challenging to deal with.

It’s the hobbies, the fun stuff, the friendships, family, being a doting grandparent, etc. that make living so much more enjoyable. For example, I will take my younger sister by 11 months (my mom said 1961 was not a good year for her, with me born in January, my sister in December) back up to Iowa where we spent most of our childhoods before moving south to Arkansas. I’ve been back many times, but I was lucky to have a good job and my wife and I couldn’t have kids, so it wasn’t much of a money issue.  My sister, however, has always had to beat the wolves back from the door, and I won’t get any more personal except to say she has never been back to Iowa since 1975, and a few years later got gypped out of going back that always depressed her.

I’m taking her to see a lifelong friend, two neighbors from the elementary school to today, who always did all they could to stay in touch all these years. Her friend was and is poor, and only managed to visit once. But she was ecstatic to learn we were coming. It’s on my dime, and I consider it money well spent considering how happy it made them both. My wife will be home babysitting two fuzzy tornadoes aka 18 week old kittens who aren’t old enough to be left along for five days yet. So there will be a lot of reminiscing and I hope they have a good time.

Anyway, being the one with the musical library, I will be careful what to take. When I’m on my own, which I plan to do while they visit all day, and drive around the countryside listening to music, there will be hard stuff, heavy stuff and concrete buckling music to relax to. But lots of stuff we both liked in high school.

It got me to thinking. I think the habits of music listeners has gotten very limited and not just for boomers. Younger generations are just as possessive of stuff from the ’90’s and ’00’s, with even younger people considering them dinosaurs as 70 year old people hating anything past about 1980. I, being a musician at one point, but still a fanatic about buying, listening to and researching music from all over the place time wise never got caught in that situation, and I know so much stuff that is so worthy of our attention, with no regard for our ages. We truly are cutting off our collective noses by ignoring music that isn’t from our own high school/20’s time. I therefore suggest some newer bands to listen to, or at least give them a listen online because while some popular music will always be just Top 40 fodder, some music is amazing. Here’s ten to consider, and note that at least one band is over 40 years old and still basically an underground band.

Robert Plant? Really? Who hasn’t heard of this giant who fronted Led Zeppelin?  Fine question. Who has heard most of, or at least some of his solo work? Plant proved beyond any doubt that his songwriting and musicianship after the breakup of Led Zeppelin was brilliant. I wouldn’t know really where to start, because the great man has released more solo material than Led Zeppelin. I can definitely recommend Pictures At Eleven, The Principle of Moments, Now and Zen, Raising Sand with Alison Krauss, and his last album, the fantastic Carry Fire. His music defines class, and not listening to him current day is really a pretty lame excuse.

Huh? It’s a Finnish band. This band is phenomenal. The vocals are hard to decipher over their three albums that also share weird album titles, the first impossible, Ujubajuba, Ruination and the last one Polysomn. This music doesn’t just move – it soars! The musicianship is beyond compare, and the melodies are almost enough to literally take your breath away, but they do rock quite hard at times. But don’t worry – it isn’t black metal by any means. Check ’em out online. Prog fans will dig the band and those who love ethereal soundscapes will be enraptured. These albums alone will stop any argument that there isn’t great music any more in its cliched and frankly, wrong tracks.

They were amongst the first real punk rockers getting in the fray in the late ’70’s. But Wire never really got huge in the US and it’s their underground fan base in the UK that has allowed them to continue making astonishingly smart, spacious and sometimes gorgeous music. Hardcore punkers celebrate the debut Pink Flag, a great straight up punk album, and long time fans love how the band progressed and writes songs that are just amazing.  I recommend for those looking at the latter more thoughtful material to check out Red Bark Tree, Wire, and Mind Hive.

I mentioned these greats on a Top Ten album list but you still need to listen to this great outfit. I refer you to my article top 10 Church songs article here on this website, and then start checking them out.

Okay, you’ll have to still like heavy music but Mastodon are still musically brilliant, and blend progressive music with some of the best heavy riffing of today’s music that delights their fans. They’re capable of throwing some real curve balls, and are no one trick ponies. You like heavy Rush, then check these guys out, and start with The Hunter.

This Chicago band epitomizes soft rock and jazz genius. Taking Steely Dan one major step into really dreamy vocals courtesy of Sam Prekop and ethereal instrumentation from the entire band and you have a truly beautiful sound that is softer than a down pillow but oh so classy and full of fantastic hooks.  Singer/guitarist Sam Prekop has down outside solo projects as well, and his album Sam Prekop is so languid it is probably the greatest summer nighttime album I’ve ever heard.

The song “People and Places” is an instrumental that sonically takes you to the jungles of Central America, where you hear the birds, bugs and sounds, all at the perfect volume and back.  This band is probably the last band on this list you should overlook for no particular reason. I recommend everything, but especially Oui and Everybody.

Since this list is about bands or performers that are overlooked, it can apply to historical works as well, can’t it? I have discovered so much fantastic music by digging into musical history I feel like I’ve gained an enormous amount of knowledge, and it does make modern music that much more identifiable because bands are influenced indirectly by older bands whose trademark sounds had such a profound effect on the music that followed them.

Most well known as the saxophonist for jazz pianist legend Dave Brubeck, Paul Desmond provided one of the softest and mellow tones ever with the instrument, most well known for the great song “Take Five.” Desmond did solo material as well, and his music was just as laid back and soothing as his former employer. Guitarist extraordinaire Jim Hall would work with Desmond on a couple of superb albums, and it’s a shame they’re not better known. But they’re out there, and I recommend Take Ten, which obviously takes that other song and re-constructs it.

Yes, this is metal, but it’s unlike anything since King Crimson. These French Canadians are cutting edge, always mixing progressive guitar brilliance thanks to Dan Mongraine, who in turn replaced Denis “Piggy” d’Amour, who tragically died of brain cancer. What sets this group apart was creating an industrial strength attack with only guitar, drums, vocals and bass liberally peppered with jazz knowledge and voicings that made an utterly mind blowing and original album, Dimension: Hatross. Imagine a future in some machine controlled dystopia.

Now try to imagine what it might sound like. The answer is two parts. The battle for our own minds, Dimension: Hatross and then the capitulation in less jarring but no less brilliant musical soundscapes that again are very nearly indescribable but still listenable. Jazz fiends in Montreal were not fooled. At a huge jazz festival a few years back, Voivod was the first and only metal band to be invited to play because they were so good.  And the last album The Wake along with the other two albums mentioned, is strongly recommended. Just don’t be looking for a bubble gum song here.

These ultra rockin’ Maryland boys have been around since the early ’90’s and managed to stay clear of the grunge movement, which is good. This band plays down and dirty bluesy hard rock and roll. Guitarist Tim Sult is a riff machine who brings back the memories of Nazareth, a little Black Sabbath and any number of ’70’s icons. What makes them great is the vocals and lyrics of Neal Fallon, who writes lyrics you can’t get enough of.  “Fetch me the shootin’ iron, Mabel, there’s lawyers in the barn.”  The music is heavy – but it grooves mightily. They’re never a disappoint live or with new albums, so I’ll pick one or two random albums to start with: The Elephant Riders, Blast Tyrants, and Earth Rockers.

Okay, most people not paying attention think parts of his first solo album The Nightfly is still Steely Dan. But these same people probably think Fagan IS Mr. Steely Dan. May I introduce Mr. Led Zeppelin and Mr. Aero Smith? I’ve heard both Robert Plant and Steven Tyler referred to that way. So no, Steely Dan was at first a more formative band with Walter Becker and Fagan the primaries, but using Jeff Skunk Baxter and others regularly. After the first touring hiatus, they would use the best musicians money could literally buy, and truly became a two man identify.

After the outstanding Aja and Gaucho albums, they pretty much split up for several years, not to regroup until the superb and sadly underrated Two Against Nature, and Everything Must Go a few years after that.  Touring started up again, but tragically Walter Becker would pass away, and at this time we don’t know what Fagan has up his sleeve, if anything.

However, he did do four very very good solo albums that contain much of the sound and style of his more famous band, but being one of the prime architects of Steely Dan, you can’t fairly expect anything else.  The Nightflyer was a hit. However, follow-up Kamakiriad , a futuristic and lighter feeling album didn’t fair quite as well, but was still a fairly strong showing. What got hit with the boomer hammer the most, being virtually ignored was Morph The Cat and Donald’s last album Sunken Condos. I have not seen sales reports, but I never saw a review for either album, never heard them on the radio or saw any kind of decent promotion. It’s a shame – both could and should have been monsters, but it would have required the attention and dollars of the people not getting the message. So I recommend all of Donald’s solo albums, Walter Becker’s Eleven Tracks of Whack if you can find it and Circus Money, and the last two proper Steely Dan albums. 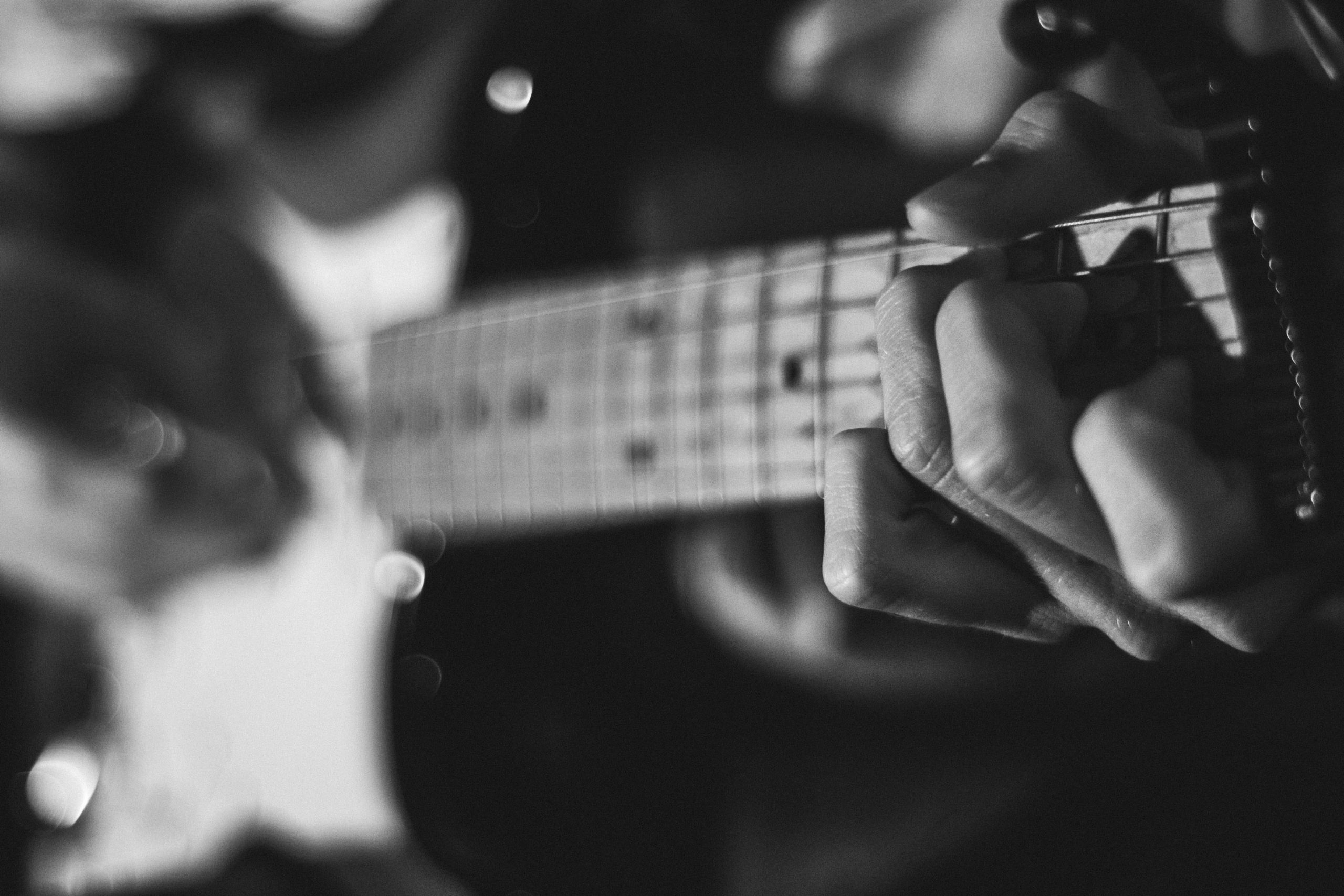