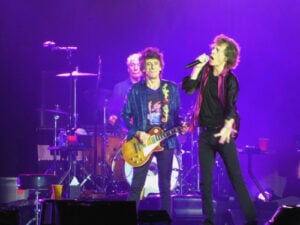 When he’s not performing, longtime Rolling Stones lead singer Mick Jagger – whom to many is and will always be the ultimate rock star – has hardly ever been a recluse. Whenever it was swinging London in the late Sixties or hanging out at the elite Studio 54 in New York City a decade later, Jagger has always been at the forefront of any celebrity social scene. Hence, by now Jagger has probably met just about everyone (if he’s never met you, you’re probably in the minority). However, there are a few notable individuals who have a connection to Jagger that most might not be aware of. These include musical collaborators that we might have forgotten about, as well as those he worked with on film and TV projects which never really made an impact or even never happened at all. Here are ten such people.

Between their synthed-out sound and weird Eighties image, the Eurythmics – Dave Stewart and Annie Lennox – seemed like they weren’t even from the same universe as a band like the Rolling Stones. However, over the years Stewart would work with a surprising number of musical collaborators from the realm of more traditional rock, including Tom Petty & the Heartbreakers and Jon Bon Jovi. Stewart also worked with Mick Jagger, co-writing and co-producing two tracks on Jagger’s second solo album Primitive Cool in 1987.

In 2018, the website for the Dublin-based regional version of notorious British tabloid The Sun (this one called, logically enough, The Irish Sun) ran a story about how Oscar-winning actor Jack Nicholson was “expected” to attend the upcoming Rolling Stones concert in the city’s Croke Park on May 17 of that year. That in itself was hardly “news” (celebrities are frequently spotted in the audience at rock concerts), but the story also claimed that “the 81-year-old A-lister [is] best pals with Mick Jagger.” Hmmm… “best pals?” We wonder if they knew that.

In 1988 guitar virtuoso Vernon Reid and his band Living Colour (bassist Muzz Skillings, drummer Will Calhoon and lead singer Corey Glover) broke through the color lines in hard rock with their debut album Vivid, which went to #6 in the US and eventually sold two million copies. Mick Jagger was among the first people to believe in the project, acting as producer for two songs on the album (“Which Way to America?” and the radio hit “Glamour Boys”).

We’re not sure if Mick Jagger and bestselling mystery novelist Gregory Mcdonald actually knew each other, but supposedly they share a somewhat unusual connection. Or rather, it was one which the writer had hoped to avoid: it’s been said that Jagger was being considered to play Irwin Maurice Fletcher, the protagonist of Mcdonald’s popular Fletch novels, in a movie, but the author resoundingly nixed the idea (the character ended up being played by Chevy Chase in two movies in the late Eighties, and by Jon Hamm in an upcoming feature).

It’s probably not surprising that Mick Jagger and Billy Joel would know one another, certainly not after they became labelmates when the Rolling Stones signed to Joel’s longtime record company CBS in 1982. Prior to that, however, Jagger would become the inspiration for Joel’s 1978 Top 20 hit “Big Shot,” which the Long Island rocker would reveal to Howard Stern in 2010 was written after having dinner with Jagger and his wife at the time, Bianca (to be clear, Jagger wasn’t the “big shot” being described in the song: rather, Joel says he imagined it being from Mick’s perspective about Bianca).

For her 1983 album No Frills, the Divine Miss M recorded a cover of the Rolling Stones’ “Beast of Burden” (hers would go Top Five in New Zealand, Sweden and Norway).  Although Jagger doesn’t sing on her version, he does appear in the video. Not just a brief cameo, either: he’s onscreen throughout the entire clip, include a minute-long prologue in which he and Bette play themselves as a celebrity couple (“Just stay here long enough to hear me sing your song,” she pleads. “I sing it better than anybody!” To which Mick naturally replies: “Well, almost anybody”).

In the fall of 2017 the Rolling Stones launched a hugely successful world tour which ran for nearly two years. Then in 2020, of course, everything had to be shut down because of the pandemic, but fortunately the band resumed the tour the fall of 2021 (although this period sadly included the death of longtime Stones drummer Charlie Watts). With all of this going on, just about everyone overlooked the release of The Burnt Orange Heresy, a feature film in which Mick Jagger co-starred along with veteran Canadian actor Donald Sutherland.

Although the Stones lead singer did appear on David Letterman’s late night talk shows, what we’re referring to here is when both of them in the early 2000s were co-producers on an American single-camera sitcom about a group of misfits who decide to rob Mick Jagger. It was originally titled, uh, Let’s Rob Mick Jagger. It might not sound like this premise could carry a weekly series, and it turned out it couldn’t: when it aired in 2007 under the title The Knights of Prosperity, it hardly prospered in the ratings (even with Jagger’s obligatory cameo as himself in the first episode) and was cancelled after only thirteen weeks.

As a member of the Red Hot Chili Peppers, Australian-born Michael Balzary, aka Flea, would completely re-invent the roll of the rock bassist. Not only creating insane basslines but also moving around on stage just as much as (or more than) the lead singer, Flea was the antithesis of stoic and concise traditional rock bassists like longtime Rolling Stones member Bill Wyman. In spite of that – or more likely because of it – Mick Jagger would recruit Flea to play bass on three tracks on his 1993 solo album Wandering Spirit.

In the mid-Seventies, Chilean-French filmmaker Alejandro Jodorowsky had been planning to bring the classic 1965 science fiction novel Dune by Frank Herbert to the big screen. Mick Jagger was among the actors he had been hoping to cast, along with Orson Welles, who had once been considered one of America’s greatest actors as well as a filmmaking genius in his own right (Citizen Kane) but by the Seventies was mostly known for narrating documentaries. A pairing of Welles and Jagger onscreen certainly would have been interesting, but, like Jodorowsky’s Dune movie itself, never came to pass. 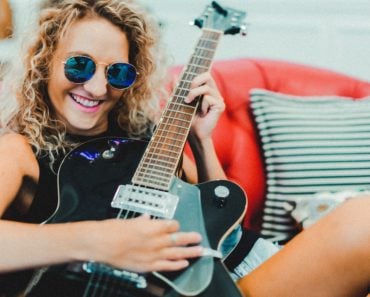 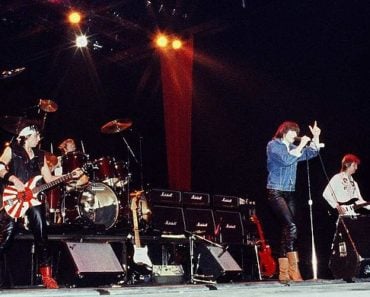 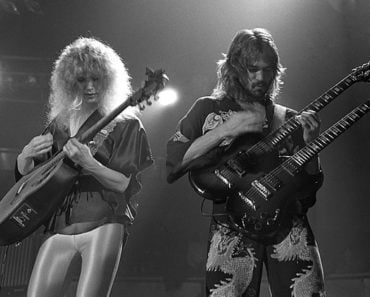 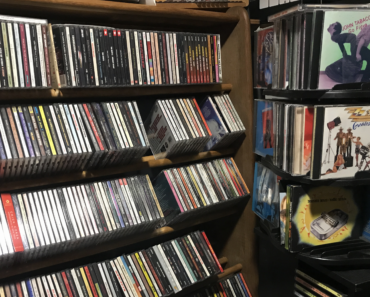