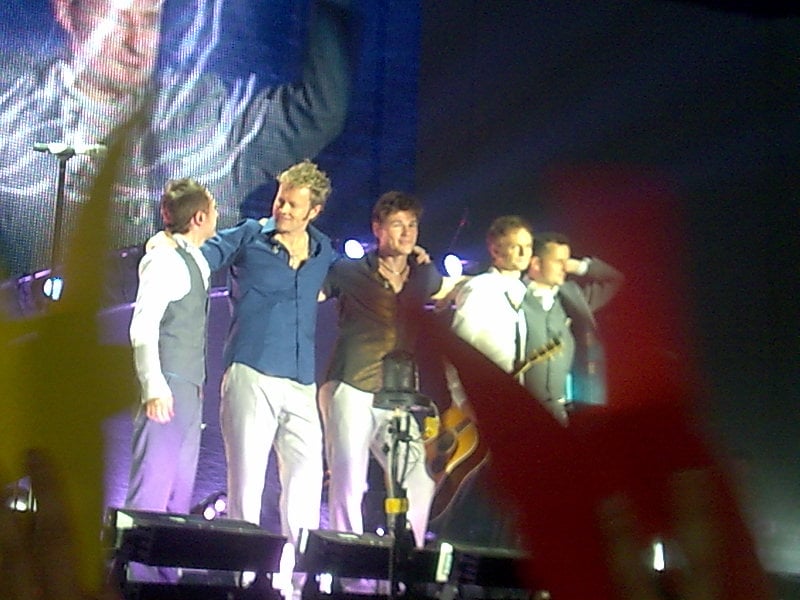 Our a-ha Songs Ranked list takes a look at a band from Norway who released a huge smash hit single around the world called “Take On Me,” in 1985. While the band never repeated that success in the United States and many other countries, the group stands as one of the most successful bands of all time in their native home in Norway. Over the course of a thirty year career, the band has released ten studio albums and thirty nine singles. What is most impressive is the amount of hits the band has continued to have among their Norwegian fans and other International fans. In Norway, the band has celebrated eight number one albums and two number two albums. That’s a pretty impressive feat.

Not any one of the albums they ever released ever charted in less than the number two spot on the Norwegian album charts. The band has also released a eighteen compilation albums, five live albums, four video albums, forty one music videos and thirty nine singles. Out of those thirty nine singles, the band celebrated the success of nine number one singles. Many of them are presented on the a-ha songs list below. a-ha consists of musicians Paul Waaktaar-Savoy on guitar, Magne Furuholmen on keys, and Morten Harket on vocals.

We open up our a-ha songs ranked list with a song from the band’s debut album entitled Hunting High and Low. The album was released in 1985. This is the album that ignited the group’s worldwides success with the single “Take On Me.” The song presented here was the fourth single released from the album entitled Train of Thought. This has always been one of our favorite songs on the record. The song was a top 10 hit in the United Kingdom, Ireland and on the European Hit 100 Singles Charts.

Continuing with our a-ha songs list we present the song “Stay On These Roads.” The songs was released on the album also entitled Stay On These Roads. This is one of those songs you just fall in love with in the opening instrumental section. It’s just such a beautiful song. The song hit number one on the Norwegian Record charts in 1988. Just simply stunning!

In the number eight spot on our top 10 a-ha songs list is this somewhat Middle Eastern sounding song “Forever Not Yours.” This one also has sort of a James Bond feel to it. The song was released on the Lifelines album which hit the stores in 2002. The song was released as the album’s lead single. In typical a-ha fashion the song hit number one on the Norwegian music charts.

“Celice,” is another great a-ha song with a moody opening that is then carried away by a driving drum beat and a pulsating bass line. This is a moody haunting piece that is incredibly addicting. The song was released in the year 2005 on the album Analogue. The song went straight to number one on the Norwegian music charts. The song should have been a bigger hit around the world, although it did hit number 21 in Germany and was a top 40 hit in Switzerland.

In the number six spot on our a-ha songs list we present the rocking song “Move To Memphis.” This was sort of an outlier in the band’s catalog. It had more of a soulful groove that any of the band’s other singles. It was released as a single from their greatest hits album in 1991.

At the halfway point on our aha songs list we turn to the year 1990 an the band’s big hit “Crying in the Rain.” The song was released on the album East Of The Sun, West Of The Moon. The song went straight to number one on the Norwegian music charts. It was also a top ten hit in three other countries and broke into the top 40 hit for more. This would become one of their biggest selling singles of their career.

In the number four spot on our a-ha songs list we present the theme song to the James Bond movie The Living Daylights. You know you made it big in the music business when the producers of the James Bond films ask your band to write and perform  the title song to one of their movies. The movie The Living Daylights and the soundtrack hit single were both released in 1987. The song went straight to number one on the Norwegian music charts. The song was also a top ten hit in Germany, Ireland, Switzerland and the United Kingdom. It failed to even break into the top 100 in the United States.

As we get closer to the number one spot on our a-ha songs list we turn once again to the band’s first album Hunting High and Low. The song presented here “The Sun Always Shines on T.V.” was released as the third single from the album. Interestingly,  this would become the band’s only number one single in the United Kingdom. It was also a big hit around the world as it served as the follow up to “Take On Me.” This one is truly a great song.

This great aha song starts off with a distinctive guitar lick surrounded by a dancing piano that are both carried away by that classic a-ha drum groove. Yet, this one evolves into a huge sounding orchestrated piece that sounded like a movie soundtrack song. The song’s arrangement is spectacular. It’s simply wonderful. The song was released in 2000 on the album Minor Earth Major Sky. It’s a shame this was not a huge worldwide hit. Yet in Norway it went to number one. It was also a top ten hit in Austria and in Germany. This is our favorite a-ha song and we would have loved to put it in the number one spot, but we just could not ignore the success of the final song on this list.

In the number one spot on our our a-ha songs list is obviously the song that broke the band big time around the world and turned them into a household name instantly. MTV embraced the video for this song and helped fuel the success of the band in celebrating a number one record with their debut single. a-ha’s masterpiece “Take On Me,” hit number one in their native home of Norway instantly. However, the song also hit number one in the United States as well as hitting number one  in Switzerland, Sweden, the Netherlands, Germany, Austria and Australia. “Take On Me,” hit number two in the United Kingdom, Ireland and number three in France. That’s a pretty successful song. “Take On Me,” was released in 1985 on the album Hunting High and Low. Music fans around the world also fell in love with the songs brilliant music video that was directed by Steve Barron. It won six Awards in 1986 at the MTV Video Music Awards