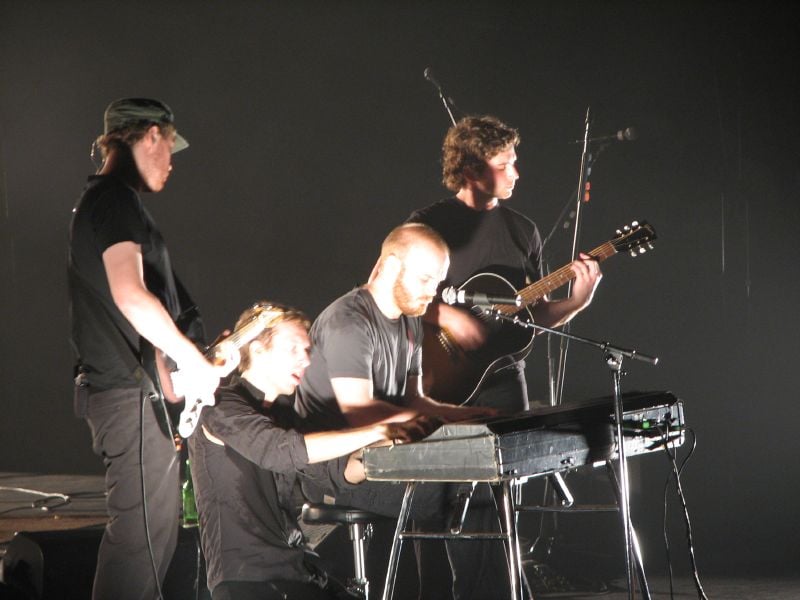 Photo: By Crystalspman [CC BY 2.0 (http://creativecommons.org/licenses/by/2.0)], via Wikimedia Commons

The Coldplay Super Bowl halftime show is set to offer NFL fans a performance full of surprises. Coldplay front man Chris Martin has promised his fans the band will pay tribute to some of the great performers of past Super Bowls. Supposedly there is a special guest they are trying to keep under wraps. Can that really be done in the age of cell phone cameras and Amazon droids?  We have already learned that joining Coldplay on stage will be Beyoncé and Bruno Mars. Both Beyoncé and Bruno Mars performed very entertaining and respectful half time Super Bowl shows in the past.

The only reason we mention this band is they there were the first band featured as Super Bowl halftime performers back in 1967. So it’s a tribute pick!

We would love to see the Stones perform with Coldplay. It’s the Rolling Stones, we just want see them perform period.

We loved Katy Perry’s performance last year. While watching, all we could think of was the old movie show business saying “That’s Entertainment.” You don’t have to sing rock to be rock and roll. However, we don’t think Beyoncé and Katy Perry will share the same stage, it just doesn’t seem like it would work.

Prince delivered a dynamic killer halftime performance in 2007. The man paid tribute to Creedence Clearwater, Jim Hendrix and the Foo Fighters.  The Prince performance of the “Best of You,” was one for the ages. However we just don’t see Prince and Coldplay on the same stage.. But it would be cool to see Prince, Beyoncé and Bruno Mars sharing the microphone.

The band shared the stage with N Sync, Britney Spears, Mary J. Blige and Nelly back in 2001. Everyone loves Aerosmith. They have shown they can get along with everyone, except maybe themselves. It would be interesting to see, but very doubtful

The first of three picks that we think could possibly happen. The sound of U2 and Coldplay would blend very well together. Chris Martin has performed in the past with members of U2. This is a good pick.

I’ts Paul McCartney, do we really have to explain why. Okay we will a little. McCartney loves to play which is obvious from watching him play. Every person on earth for the most part knows Paul McCartney. McCartney had a major airport in New York City once stop all incoming flights so that his plane could land ahead of all other planes. The cool, forceful, get out of my way style landing, was so he could join Billy Joel on stage in time to close down Shea Stadium. Now that’s impressive.

Springsteen is out on tour currently blowing away audiences as he done for years. The man is in shape, in tune, and all warmed up. Coldplay and Bruce Springsteen have already performed together in the past. Chris Martin has even been quoted as saying Bruce has given him advice on how to perform at the Super Bowl. Maybe it’s just wishful thinking? Well, yeah, it probably is just wishful thinking. But in the end, who makes more sense than Bruce to be the big surprise.

Official site of the NFL