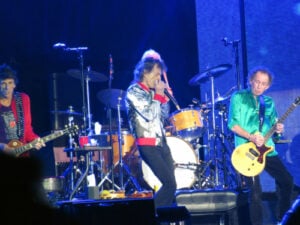 Released in autumn of 1983, The Rolling Stones’ 17th studio album, Undercover, was the product of a band immersed in creative conflict. Chief songwriters Mick Jagger and Keith Richards famously spent much of the 1980s at odds with one another in regard to the creative direction of the band. This friction would culminate with the release of 1986’s Dirty Work, effectively bringing the most turbulent era of The Rolling Stones’ history to a close.

These releases are not without their merits, however. The embrace of popular trends of the day – largely at the insistence of Mick Jagger – drove many fans of the band’s classic sound away from their 80s releases. Likewise, the poor retroactive estimation of this era often renders it the last stop in the band’s discography for newer fans looking to explore The Stones’ music. In fairness, Dirty Work remains a largely bleak affair in which the wheels of the band were audibly about to come off. But there is surprisingly much to enjoy in the grooves of its sibling record, Undercover.

By 1983, The Rolling Stones had already released three albums – two studio, one live – since the 70s gave way to a new decade. Despite this outpouring of material, the band had not been all that prolific. 1980’s Emotional Rescue had been recorded in 1979, 1981’s Tattoo You had been a composite of recordings made almost exclusively in the 70s, and 1982’s Still Life was a live album made up of performances of covers and older material. As such, the sessions for Undercover were the members’ first true attempt at fresh material in the new decade, a decade which happened to look vastly different from the ones during which they had established themselves as one of the world’s premier musical acts.

The conception of Undercover came early in the 80s, but a seismic shift in the musical landscape was already well underway. Pop and new wave inspired acts like Duran Duran, Devo, and Hall & Oates had already become established by this time, and the burgeoning influence of synthetic elements in popular music was palpable. Furthermore, just as The Rolling Stones were getting the ball rolling on the Undercover recording sessions, Michael Jackson would change popular music forever with the release of Thriller in November, 1982.

Given the context, one can’t help but be sympathetic to Jagger’s position. Not only was he considering the pressure of competing with a sea of fresh-faced stars in an arena with which he and his band were almost entirely unfamiliar, he was an artist who had just been exposed to a world of musical opportunities which had previously not existed. His pop-leanings notwithstanding, the artistic mind of Mick Jagger is one of the sharpest in the history of music.

One must consider the frustration of a man grappling with a head full of – what he likely believed to be – potentially life-changing musical ideas based on these new approaches. This, while his fans and primary collaborators adamantly insisted on his continued allegiance to the blues forms in which had enveloped himself since he was a literal child.

Keith Richards, having given up smack following a tumultuous late-70s trial which threatened his very freedom, had begun insisting upon equal involvement in the business end of band matters during this time. Many cite Richards’ renewed interest in creative direction as the primary force which kept albums like Undercover from veering off into pop territory entirely.

Interestingly, the era during which Richards’ attention was most prominently preoccupied with more illicit matters – the 1970s – also happened to be the period which many consider to be The Stones’ classic era. Jagger acted as de facto band leader behind the scenes during this time, and the group’s sound remained rooted, primarily, in their classic blues-rock synthesis. As such, it is purely a matter of speculation how Undercover and subsequent records would have turned out had Jagger remained at the helm.

In any case, the general consensus in the years since appears to be that Richards’ instincts were correct, as he wished for the band to remain rooted in their blues-rock sound. But Jagger’s urging of the band into more contemporary territory may have been equally as important to listeners’ appreciation of what has since become the band’s signature sound.

The listening public have a tendency to gripe when artists fail to significantly progress their sound over time. But what tracks like “Undercover of the Night” and “Harlem Shuffle” did was reveal what could happen as a result of too much tampering with the recipe. While the songs’ parent albums don’t necessarily appear to be representative of the band on their own, they provide a sense of perspective that is perhaps essentially for proper appreciation of the band’s time honored, minimalistic rock & roll.

However, some of the more dated production techniques notwithstanding, Jagger’s contributions to Undercover are not necessarily to the detriment of the album. If anything, Undercover reveals the frontman as an artist reinvigorated, eager to explore new territory and putting forth some of his most engaged performances in years. The grit and energy volunteered in the chorus sections of the horror-themed “Too Much Blood” could, with a reimagined sonic aesthetic, have made it one of the band’s more enduring numbers.

Likewise, Jagger’s World music explorations on the slow burning “Feel On Baby” hint at a band which truly could have succeeded in broader musical territory, given the appropriate circumstances. As with much of the material throughout Undercover which has its origins with Jagger, the tune is pressed forward by the singer’s genuine emotional commitment to its execution. Overall tensions, creative differences, and poor communication had all but snuffed out this enthusiasm in all members by the mid-80s, which is why Dirty Work would falter in areas where Undercover arguably succeeded.

Richards does deserve his share of credit for keeping The Rolling Stones rooted – to a certain extent – in territory conducive to the group’s most effective proclivities during this time. It should also be stated though, that Richards’ input to Undercover didn’t seek to simply dust off and resell the greatest hits. The guitarist brought a refreshing, decidedly 50s rock & roll feel to much of the album, particularly on tracks like “Wanna Hold You” – on which Richards takes a lead vocal – and second single, “She Was Hot.”

The latter is a shamelessly fun romp in the 50s style that stands to be most enjoyed if not taken too seriously. This attitude can also be applied to the song’s music video: a delightfully silly exercise in camp, complete with a school gymnasium performance and Richards taking a lead on an ES-335, presumably in tribute to his hero, Chuck Berry. Richards would later tap into this throwback quality for his exceptional solo debut, 1988’s Talk Is Cheap, on cuts like “I Could Have Stood You Up.”

The then still relatively new Ronnie Wood contributed a track to Undercover in the form of “Pretty Beat Up,” a number which wouldn’t have sounded out of place on his first album with the band, 1976’s Black and Blue. The track sees Bill Wyman moving to the piano while Richards picks up the bass, a favor which Wood would return in the form of a bass performance on Richards’ “Wanna Hold You.” The eager guitarist was also the driving force behind Tattoo You’s “Black Limousine” which, much in the same way as “Pretty Beat Up,” Jagger and Richards were reluctant to include on the album.

In his autobiography, 2007’s Ronnie, Wood details the pair’s determined solicitude regarding the Jagger/Richards songwriting partnership and its pertinence to The Rolling Stones’ brand. These are factors which were being considered by the band even during these relatively early career stages, and it is through this kind of foresight and vigilance which the band have been able to sustain themselves as a pre-eminent, worldwide cultural force for nearly 60 years.

Despite popular belief, there is plenty of the classic Stones sound to dig into throughout Undercover. Tracks like “All the Way Down” and the rambunctious “Too Tough” sound as though they could have come straight out of the band’s mid-70s heyday. Meanwhile, album closer “It Must Be Hell” glides on one of Richards’ trademark jittery riffs, and functions almost as the 80s answer to “Soul Survivor,” which had closed out Exile on Main St. a decade prior.

In the extended narrative of a band which has traversed more musical territory than many could even conceive of, Undercover could be perceived as a misstep. But what this fails to consider is the necessity of this step – graceful or otherwise – in the forward motion of the band as a unit. Even at their lowest levels of functionality, The Rolling Stones maintained this unit through all the ups and downs of its existence, and one would be remiss not to consider the enduring validity of much of the material produced during these periods. Perspective is important. After all, the worst Rolling Stones albums are still better than most bands’ best albums. 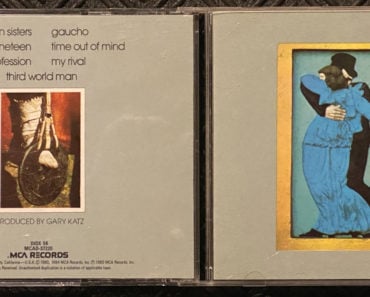 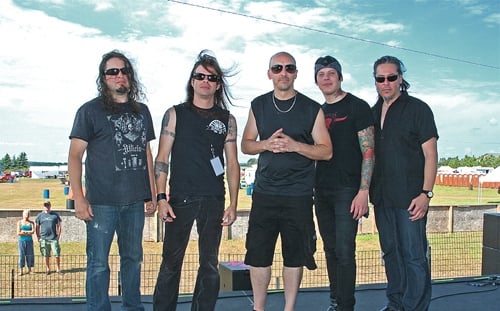 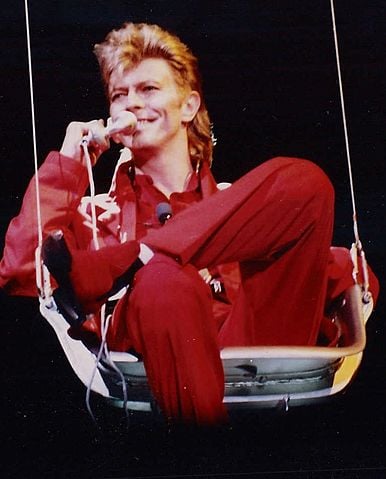 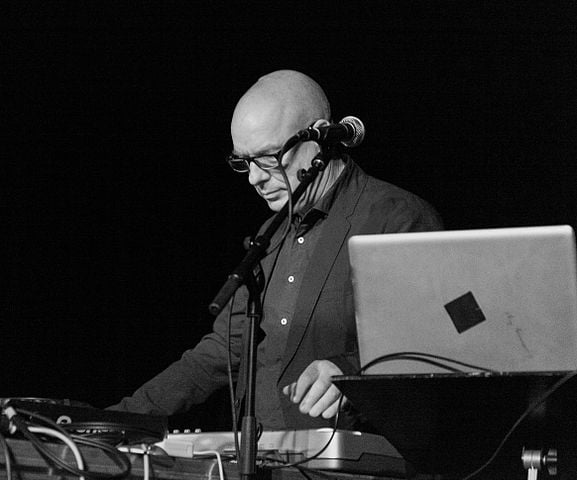