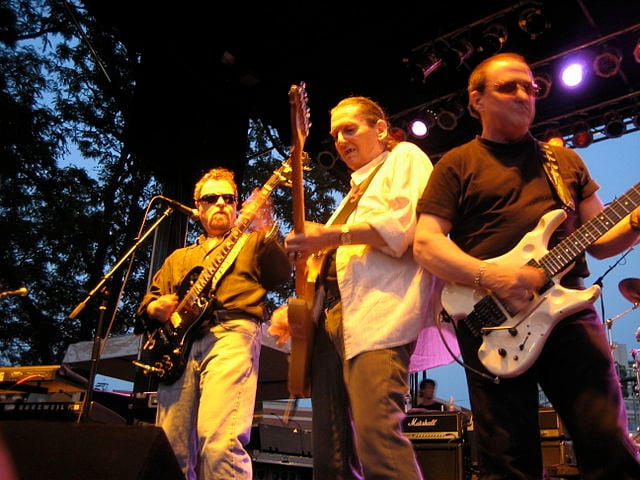 Long Island, New York has given the world some of the greatest rock and roll acts in classic rock history. One of Long Island’s most treasured bands began their forty years career back in 1967 in a town known as Stony Brook. First formed as the Soft White Underbelly by guitarist Donald Roser of Blue Oyster Cult fans know as Buck Dharma, drummer Albert Bouchard, and guitarist/keyboardist Allen Lanier, the band began its ascension towards eventual rock stardom. In 1968, Eric Bloom joined the band as they soon became known as the Stalk Forest Group. After developing their sound and paying their dues in some pretty tough Long Island clubs, the band was signed to Columbia Records in 1972 under the new name of Blue Oyster Cult.

The band’s first four years saw the release of five albums on the Columbia label. While the records garnered critical acclaim, their fan base was still quite limited. That all changed in 1976 with the release of the band’s Agents Of  Fortune

album. From that record came the biggest hit of their career. The song “Don’t Fear the Reaper,” was a huge smash record and sealed the band’s fate as one of the legendary bands in rock and roll history.

The band continued to release albums and enjoyed great success throughout the late 1970s to the mid-1980s. Since the late 1980s, the band has continued to perform and release records with multiple lineup changes. However, since 1969, Eric Bloom has been the one constant member and driving force at the wheel. If you are unfamiliar with the band’s legacy, we hope this list will serve as a quick introduction to one of rock and rolls greatest bands.

The Meaning of the band’s name Blue Oyster Cult

Many classic rock fans often wonder where the band’s name came from. The story goes that the origins of the name comes from a poem that the band’s manager named Sany Pearlman composed. The poem was about an alien named Imaginos. It was all tied into an alien conspiracy to take over the earth. However, the name itself came from a restaurant menu item that Sandy Pearlman had seen.

The song “Red and the Black,” was released on the Tyranny & Mutation

album. The record was released in 1972. The first song listed on our  Top 10 Blue Oyster Cult Songs list presents the listener immediately with the vintage guitar riffs and bass lines that the band became known for. Listen to the amazing guitar work on this record. The song’s opening riff features Buck Dharma tearing it up on guitar. It only gets better when Buck Dharmer rips open a killer solo at about the two-minute mark.

The song featured Eric Bloom on rhythm guitar, and lead vocals on this track. Donald “Buck Dharma” Roeser played lead guitar, Allen Lanier was featured on keyboards and rhythm guitar, Joe Bouchard on bass guitar and Albert Bouchard on drums. Don’t forget to listen to Joe Bouchard’s rocking bass solo at around the three-minute mark. This is the way to open up a best of Blue Oyster Cult songs list.

This great Blue Oyster Cult song “Flaming Telepaths” was released on the band’s 1974 album Secret Treaties.  The Secret Treaties album spent almost four months on the Billboard top 200 album charts back in 1974. While the first songs on our Top 10 Blue Oyster Cult Songs list featured the great guitar work of the band, “Flaming Telepaths,” introduced the listener to the keyboard orient progressive side of the band. The song’s great chorus echoes some of rock’s great 1960’s band’s. A true gem from the early years. The track Flaming Telepaths featured Eric Bloom on lead vocals. The song was written by Eric Bloom, Albert Bouchard, and Buck Dharma.

From the album that made the band a household name, Blue Oyster Cult’s “This Ain’t The Summer of Love,” was easily one of the strongest tracks from the album. Released in 1976, the song was the opening track on the album. It was written by Albert Bouchard, Murray Krugman, and Don Waller. The great track featured the lead vocals of Eric Bloom.

# 6 – Cities On Flame With Rock and Roll

Sounding a bit like Cream, this great Blue Oyster Cult song was one of the band’s earliest recordings for Columbia Records

. The song was released on their debut album entitled Blue Oyster Cult in 1971. The song “Cities On Flame With Rock and Roll,” was the only single released from the record. The song featured the lead vocals of Albert Bouchard.

Black Blade was the opening track on Blue Oyster Cult’s Cultösaurus Erectus album. The album was released in 1980. During that period in time, Blue Oyster Cult was enjoining massive success touring as co-headliners with Black Sabbath in what was billed as the Black and Blue Tour. The song was written by Eric Bloom in collaboration with science fiction writer Michael Moorcock

Another great cut from the classic Agents of Fortune album. The song E.T.I. (Extra Terrestrial Intelligence) became a true concert favorite for years for Blue Oyster Cult fans. The song was written by Donald Roeser and the album’s producer Sandy Pearlman. Eric Bloom sang lead vocals on the track.

Blue Oyster Cult presented fans with so many great guitar riffs that drove home their biggest hits. However, this song was all about mood and groove. Probably one of the coolest songs to come out of the early 1980s rock period. The song was released on the band’s 1981 Fire of Unknown Origin album. The song hit Number 1 on the United States Billboard Rock Tracks Chart.

Well, there are monster riffs and then there are quite literally MONSTER RIFFS. Perhaps the most famous riff that the band ever recorded, Blue Oyster Cult’s “Godzilla,” was just that. The band’s classic track was issued on their Spectres album. The record was the follow-up to their mega-hit album Agents of Fortune. The song “Godzilla,” was written by Donald Roeser, also known as Buck Dharma. Buck sang the lead vocal on the song.

It would be pretty hard to argue against “(Don’t Fear) The Reaper,” coming in at the Number 1 spot on our Top 10 Blue Oyster Cult Songs list. The song was one of the most famous rock songs to come out of the classic rock era. It was easily Blue Oyster Cult’s biggest hit. And in the simplest terms, it’s one helluva song! The lead vocal on the track was sung by Buck Dharma. The song’s message according to multiple interviews with Buck Dharma. was one of eternal love. Regardless of the message, the song will never fade from the memories of any young adult or teenager growing up in the 1970s. One of those soundtrack of your life songs. 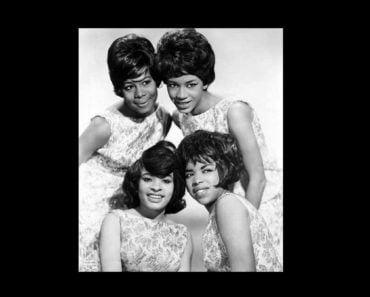 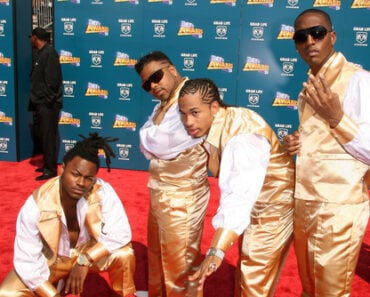 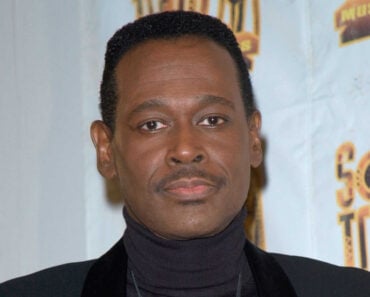 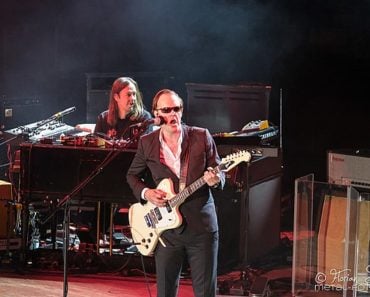