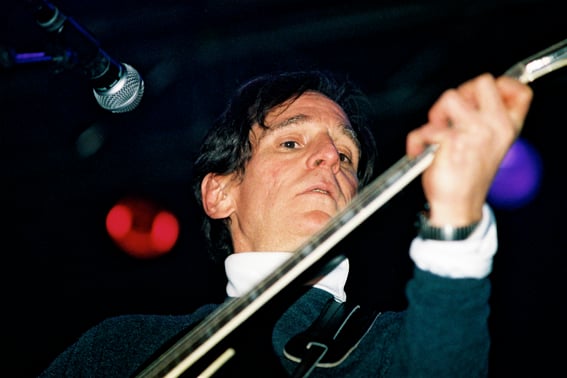 Our Top 10 Box Tops Songs article looks back at the songs of a band that was formed in Memphis Tennessee in 1967.They were led by the brilliant Alex Chilton who would also later form the band Big Star. The Box Tops were a band that fused elements of soul, pop and soft rock into a style that many found very captivating. They were an instant success in the United States with their debut album because of the popularity of their number one single entitled “The Letter.” The band only released a handful of albums in the late 1960s and early 1970s. They had a few more hits singles such as “Soul Deep, “Cry Like A Baby,” and a few others. The band recorded many cover versions of classic songs putting their stamp of originality onto many of them.

We open up our Top 10 Box Tops songs with the great gospel style song “I Met Her In Church.” The song was released on the Box Tops third album entitled Non Stop. The album was released in 1968. This great song that starts our with some soulful gospel piano and is surrounded by a wonderful choir was released as the second single from the album. The song became a top 40 hit for the band. It peaked at number 37 on the Billboard Hot 100 in 1968

Continuing with our Top 10 Box Tops songs list we present a soft rock pop version of Bob Dylan’s classic song “I Shall Be Released.” The song was released on the Box Tops third album entitled Dimensions. It was the second single released from the album.

There have been many versions released of this classic song entitled “You Keep Me Hanging On.” From The Supremes Motown infused classic version to Vanilla Fudge’s progressive rock masterpiece, the song has infiltrated culture on a mass level. The Box Top’s version tilts more towards the Vanilla Fudge arrangement but just not as heavy and much shorter. Love the scream at the end!

Moving along on our Top 10 Box Tops songs list we take a listen to the interestingly titled song “Sweet Cream Ladies, Forward March.” A song in which they rhyme the word March with starch. Hmmm…. Well nonetheless, this is a fun one. A fun march with a groove and some nice horn licks.

This is one of those great 1960s songs that has been covered by so many fantastic artists. However, we have always loved the great Box Tops version. The song was released on the Box Tops debut album in 1967. The song was written in 1966 by Dan Penn and Spooner Oldham. The Box Tops never released “I’m Your Puppet,” as a single. Other great artist who recorded the song includ Marvin Gaye, Elton John, Cliff Richard,  Sam & Dave and many more……

At the halfway point on our top 10 Box Tops songs list is a long time fan favorite entitled “Choo Choo Train.” This great driving rock and roll song was released on the band’s third album called Non-Stop.  “Choo Choo Train.” was released as the album’s first single. It broke the Billboard top 40 in the United States peaking at number twenty six.

Eight months after they released their debut album in 1967, the Box Tops returned in February of 1968 with their sophomore record entitled Cry Like A Baby. The album’s lead single and title track was a smash hit. It came close to matching the success they had with their debut single “The Letter.” The song “Cry Like A Baby,” reached all the way to number two on the Billboard Hot 100 in 1968.  The song was composed by Dan Penn and Spooner Oldham.

We close out our top 10 Box Tops songs list with a song that everyone loved. There was no bigger song in the Box Tops catalog than “The Letter.” This amazing song was released on the band’s debut album in 1967. “The Letter,” would become The Box Tops first big hit single. It would top the charts in the United States hitting number one on the Billboard Hot 100 in 1967. It was a also a top 10 hit in the United Kingdom. The song was written by Wayne Carson. The Box Tops would not be the only band to score a hit with the song “The Letter.”

Brilliant songs have legs. Joe Cocker recorded the song for his Mad Dogs and Englishmen album. Joe Cocker’s version would also break the Billboard Hot 100’s top 10 peaking at number seven. It would serve as Joe Cocker’s first top 10 hit just as it had done for the Box Tops.