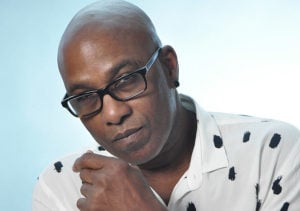 Originally in 1974, the group known as Cameo started out with fourteen band members as the New York City Players. Not long after the formation of this band by its founder, Larry Blackmon, the name was changed to Cameo after its manager explained their original band name was already owned by another group. The genre of music that was played started off with deep funk but wanted to cater more to the disco scene as that was the big dance craze at the time.

From 1977 until 1982, Cameo recorded and released eight studio albums through a contract they had with Chocolate City. The latter five of those albums all became certified gold by the Recording Industry Association of America (RIAA). From 1983 until 1990, through Atlantic Records, recorded and released six additional studio albums. Three of them became certified gold, but it was the 1986 album, Word Up! that performed the best by becoming certified platinum. It also earned a gold certification with the British Phonographic Industry (BPI) of the UK. After Atlantic Records, there were three more studio albums released, each through independent record labels. There were also six compilation albums to Cameo’s credit, as well as fourteen compilation albums. In total, there are forty-four singles the group released where all but one appeared on the music charts and the majority of them became top forty hits.

From the album, Knights of the Sound Table, “Freaky Dancin” became a number three hit on the US Billboard Hot R&B/Hip-Hop Songs chart in 1981. On the US Billboard Dance Club Songs chart, it charted at number forty-five. When disco meets funk, it’s grounds to get into some freaky dancing, which was easy to do with what seemed like an instructable song.

In 1985, on the US Billboard Hot Black Singles chart, “Attack Me with Your Love” charted at number three and it was a number thirty-nine hit on the US Billboard Hot 100. It was the first single released from Cameo’s twelfth studio album, Single Life. Cameo was at its best as the lead vocal delivered a sweet and soulful melodic voice that was the beautifully performed stand out for this song.

“Single Life,” both as an album and as a rich with rhythm single, was released in 1985. On the US Billboard Hot R&B/Hip-Hop Songs chart, the song peaked at number two. On the US Billboard Dance Club Songs chart, it climbed up to number twenty-six. It was also popular in the UK, peaking as high as number fifteen on its Official Singles Chart, and it charted at number twenty-eight on the Irish Singles Chart. The keyboardist’s talent throughout the song was top-notch, which served as the true highlight of the song.

In 1984, “She’s Strange” became the first time in Cameo’s career to realize a number one hit, at least on the US Billboard Hot R&B/Hip-Hop Songs chart. On the US Billboard Hot 100, it charted at number forty-seven and it was number thirty-seven on the UK Singles Chart. She’s Strange is also the name of the album the lead single belongs to, which was the tenth to the band’s credit. The keyboards played throughout the song like a dramatic storyteller on its own with soft suspense as Cameo dabbles into a soft rap mix with soul hit.

From the twelfth studio album, Word Up!, “Candy” was the second single released from it that would realize a chart hit in 1986. On the US Billboard Hot Black Singles chart, the song peaked at number one. On the US Billboard Hot Dance/Disco-Club Play, Candy climbed as high as number ten, and it charted at number twenty-one on the US Billboard Hot 100. In the UK, it reached a number twenty-seven spot on its Official Singles Chart. It also earned a silver certification from the BPI. The heavy saxophone solo featured in the song definitely added to the song’s sweet, funky dance sound Cameo became so well known for.

Glitter was the soundtrack of the 2001 feature film that paired Mariah Carey’s lyrical talent with Cameo’s pop-funk style. It was the second time in Cameo’s career to achieve a top ten hit on the US Billboard Hot 100 as it peaked as high as number two. On the US Billboard Hot R&B/Hip-Hop Songs chart, “Loverboy” peaked at number one. This glitzy, sugary, hip-hop song became an international hit, charting within the top forty among most of the official charts belonging to various nations, namely Australia, Belgium, Canada, Croatia, Italy, Netherlands, Scotland, Spain, and the UK. It also earned gold certifications by the RIAA, as well as from the Australian Recording Industry Association (ARIA), and Recording Industry of South Africa (SIFA).

No song from Cameo charted quite like “Word Up!” did when it was released in 1986. Not only did it become the band’s first top forty hit on the US Billboard Hot 100 when it peaked at number six, but it was the most globally successful. In addition to peaking at number one on the US Billboard Hot Black Singles Chart and the US Billboard Dance Club Play chart, but also in New Zealand. Word Up! cracked the top ten on the music charts belonging to Australia, Austria, Belgium, Ireland, Netherlands, and the UK. The song also won the Soul Train Music Award for Best R&B/Soul Single and the UK’s NME award for Best Dance Record. Catchy with a pop-funk beat, Word Up! became the best-recognized hit for Cameo and is that one song fans of the band will likely think of first when the group’s name is brought up.