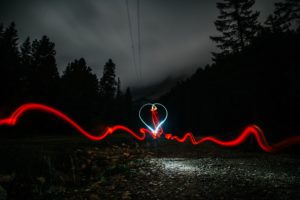 Few people in the deathcore circle know the inspiration behind the popular American band’s name. Enterprise Earth was formed in 2014 and gets its name from Illuminati and other conspiracy theories. The band’s sound and musical style were based on the founding members’ former bands, with vocalist Dan Watson coming from Infant Annihilator, an English Band deathcore band hailing from Hull.

On the other hand, his partner BJ Sampson was a guitarist for his former band named Takeover. Immediately after its formation, the band released its first EP XXIII, which catapulted them to colossal internet fame and success. The band later acquired the services of Chris Fronzak of Antilla, which allowed them to move to his record label Stay Sick Recordings.

The band has done several tours, including the Death Take Me Home Tour, which featured famous bands like Adaliah and King Conquer. On 24th April 2015, the band released their first single from their album, Patient Ø. Like most of the other songs in the album, which featured guest performers, “Transorbital Awakening” featured a guest guitar solo by Joel Omans.

The band would later join up with Traitors to perform alongside bands such as Beggars Clarity and Kings in The Sleep Disorder Tour. In 2019, their hit album Luciferous was named by Loudwire as one of the 50 best albums of the year. We have compiled a list of the top Enterprise Earth songs.

Most deathcore fans consider Luciferous to be among the best deathcore albums of all time. The acoustic intro of the song is incredible, and the lyrics to the song are fantastic too.  The beginning reminds me of something Yes or King Crimson might have done, but then it jumps right into that death metal vibe leaving that 70s progressive rock sound in the dust. According to Dan Watson, the message behind the song was that people who will be alone in the fallout would perish, but if people are together, “We Are Immortal.”

Dan Watson is one of the best vocal exponents in deathcore. Along with the epic lyrics, Dan proves that he can sing, scream, and growl like no one else can. The song is about guilt after the death of someone you treasure. In the song, Dan was referring to his uncle, who had passed away. “Never Forgive, Never Forget” is the fourth track from the band’s 2017 album Embodiment.

If you dislike how the media sets standards for what is cool and what isn’t, you should listen to this track. “Morten Incarnatum” is another masterpiece from the band’s 2017 album Embodiment.

The message behind our number seven-track in the list of Enterprise Earth’s greatest songs is simple. The world, or in this case, nobody, owes you answers to the problems that you face in your life. If you look closely, you have the capability and power to solve the issues yourself. “Sleep Is For The Dead” comes off Enterprise Earth’s 2019 album Luciferous. Listening to the song will have you appreciating Dan’s tone and cadence. The song’s delivery is top tier.

Luciferous was always going to feature heavily in the list of the greatest songs of Enterprise Earth. The album is a deathcore classic. “Ashamed To Be Human” takes the sixth position on our list due to how easy it is to relate to the song’s message. “Ashamed To Be Human,” tells about how human beings are not to be trusted. People may be liars, and they may also pretend to be who they are, not just to get something out of you or sell you out, as the lyrics to the songs say.

“Foundation of Bones” is the first track released from the band’s EP Foundation of Bones. Apart from the signature growls by Dan Watson, the track features some noodly guitar lines and a hulky groove that make the song quite addictive. Dan Watson says that the EP marked a critical stage in their career since, after its release, they realized that they could self-produce.

“Theophany” is the second track from the band’s 2015 album Patient 0. The song is a continuation of the first track of the album titled “Shallow Breath.” which is about a haunted little girl who attempts to kill herself in an asylum where patients and their bodies are used to conduct experiments. In this particular song, the demons inside the girl reveal their name as “Legion.” The song also features some high pitch screams, which are sure to send shivers down your spine.

“Scars Of The Past” is a song whose main theme is recovery. It is about accepting past mistakes, letting go of them, and living your best life in the present. The track builds slowly but steadily with a clean guitar that is accompanied by heavy cords. “Scars of The Past” is the fourth track from the band’s hit album Luciferous.

The number two song in our list of the best Enterprise Earth songs shows why the band has been regarded as the next great hope for deathcore music. In this track, the whole band seems to be in tune. Apart from Dan Watson’s unbeatable voice, the rest of the band’s creative and technical instrumentation and the drums are perfect.

The song’s message is that human beings are the source of evil since the devil exists in all of us. For this reason, the evil in the world is just a reflection of our inner darkness. “He Exists” is the third track on the Luciferous album.

Luciferous album showed a new level of maturity in the band. It showed how far the band had evolved while also retaining the best elements of their past. It’s, therefore, safe to say that our number one song comes from this album too. “The Failsafe Fallacy” is arguably Enterprise Earth’s most outstanding production ever. About the song, Dan Watson says the world is a prison since we often live the way our society wants us to hence giving up our freedom.