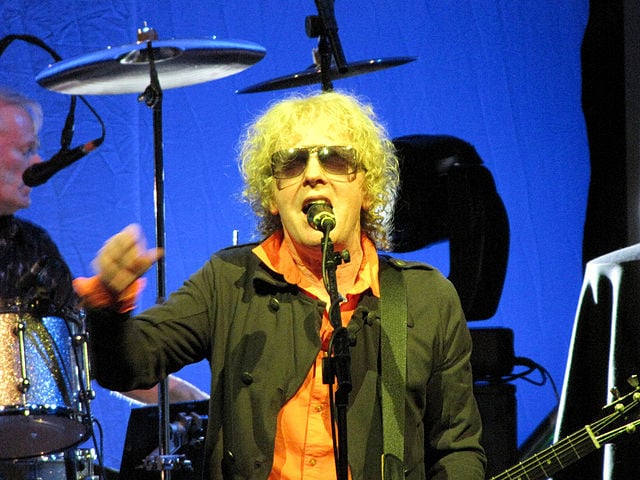 Our Top 10 Ian Hunter songs lists takes a look at one of our favorite all time classic rock artists. If we were to define the term “Rock Star,” a picture of Ian Hunter and his magnificent catalog of music would easily paint a true picture of the meaning of those words. Ian Hunter’s catalog of music is so enormous we had to narrow down this article to only include music released on his solo albums. This article will not include any of the great songs Ian Hunter composed when he was in Mott The Hoople. While many classic rock fans associate Ian Hunter’s legacy with Mott The Hoople, Mr. Hunter actually has released quadruple the amount of material as a solo artist as opposed to his Mott The Hoople output. We even hate to use past tense terms when defining Ian Hunter songs, because in 2018, the man is still going strong and continuing to release new material. Pretty impressive for a man born in 1939.

In the grand scheme of all things rock and roll. Ian Hunter is currently the elder statesmen of rock. Ian Hunter began playing in rock and roll bands in the 1950s. Being originally from Oswestry, Shropshire, England, Ian Hunter began to learn hs trade in the dance halls and pubs of England. One of Ian Hunter’s first bands he worked with was a band called The Apex Group. In 1966, Ina Hunter joined a group called The Scenery. Hunter’s association with The Scenery was a pivotal point in the development of his career because it was in The Scenery where he met Mick Ronson. Ian Hunter and Mick Ronson would become good friends and collaborators for the rest of their careers.

In 1969, Ian Hunter joined a new band called Mott The Hoople. Ian was the last member to join the group. For a few years Ian Hunter became the band’s primary songwriter as well as lead singer. It was during the time Ian Hunter was with the band that group released their biggest hit called “All The Young Dudes,” which was actually written by David Bowie. Ian Hunter left Mott The Hoople in 1974.

Ina Hunter released his first solo album in 1975 entitled simply Ian Hunter. Joining Ian Hunter on  the album was his friend Mick Ronson on guitar. The album featured the song “Once Bitten Twice Shy,” which would stand as one of the most successful songs Ian Hunter ever released as a solo artist. Ian Hunter followed  up his debut album one year later with the record All American Alien Boy. One of the most interesting aspects of the album was the inclusion of legendary jazz bassist Jaco Pastorius on the record.

Ian Hunter kept releasing albums throughout the rest of the 1970’s on a steady basis. Ian Hunter released Overnight Angels in 1977, You’re Never Alone with a Schizophrenic in 1979, Welcome to the Club in 1980, Short Back ‘n’ Sides in 1981 and rounding out the 1980s was the album All of the Good Ones Are Taken in 1983.

In the 2010’s, Ian Hunter has continued to release incredible rock and roll albums. In 2012, Ian Hunter released the album When I’m President. His last studio album was released only two years ago in 2016 entitled Fingers Crossed.

So many artists who had great success in the 1970s have just sat around living off their classic rock years. Not Ian Hunter, the man has defined what the term musician and songwriter really means. Like so many of the old blues musicians, Ian Hunter will continue to sing, play and write songs forever, because that’s what he does. That is rock and roll! That is Ian Hunter!

We open our top 10 Ian Hunter songs list with a track from his Short Back n’ Sides album. The record was released in 1981 and served as the follow up studio album to his hugely successful record You’re Never Alone with a Schizophrenic. The song “Noises,” was written by Ian Hunter and Tommy Morrongiello. It was the only song on the album not credited just to Ian Hunter. Tommy Morrongiello is an incredible guitarist, musician and producer from New Jersey who was a member of the Ian Hunter band during the early 1980s. “Noises,” is one of the most original sounding songs in Ian Hunter’s catalog and has always been a fascinating listen that reveals more with each play.

Ian Hunter’s great grooving track “All The Good Ones Are Taken,” was released in 1983 on the album of the same name. In the video, Ian Hunter removes his trademark dark glasses which completely blew away Ian Hunter fans. A trivial as that may seem to many, it was actually a big deal because Ian Hunter was never photographed without his dark shades. The track also featured the legendary Bruce Springsteen and the E Street Band saxophonist Clarence Clemons.

Ina Hunter’s title track to his sophomore album was a brilliant play on Rick Derringer’s All American Boy album title. However, too much emphasis was probably put on the play instead of the actual title All American Alien Boy. In essence, it was the perfect title of rock and roll rebellion. The great third and fourth lines of the song said it all “Don’t want to vote for the left wing – don’t want to vote for the right I gotta have both-to make me fly.”

One of the biggest names in the music business that sold millions of records in the 1970’s was not a rock star. It was an adult oriented pop singer who scored hit after hit from 1973 to the early eighties while selling out arenas worldwide. His name was Barry Manilow. Whether or not you cared for Manilow is not a topic of this conversation. However the connection between Manilow and Hunter is. Barry Manilow covered Ian Hunter’s song “Ships,” and had a huge hit with it. What is even more interesting is how different both arrangements of the song sounded. Nonetheless, a great song is a great song and “Ships,” was certainly that.

In the 2000’s, almost fifty years after Ian Hunter first began performing music in England in the 1950s’, the man was still releasing great rock and roll records. The only other artist that comes to mind that has been releasing great music for such a long time is Paul McCartney. That’s pretty good company. The Rant album was a politically charged record that defined Ian Hunters spirit in so many ways. There were so many songs to choose from this great record to include on our Top 10 Ian Hunter songs list. We went with the pure rock and roll track “Still Love Rock and Roll.”

There is a certain groove that defines some of Ian Hunter best work that resonates throughout his career. Its hard to justify the groove in words. That groove is found on the sparkling song “Central Park n’ West.” The song was the opening track to Ian Hunter’s 1981 album Short Back ‘n’ Sides. The album was produced by Mick Jones of The Clash. The record included an all star cast of guest appearances including Todd Rundgren, Roger Powell and Ellen Foley.

The epic Ian Hunter song “You Nearly Did Me In,” was released on the All American Alien Boy album. The record featured an incredible casts of musicians. Some of the jazz world’s greatest artists payed on the album including Jaco Pastorius on bass, David Sanborn on sax, Lewis Soloff on trumpet, Don Alias on percussion and the phenomenal drummer Aynsley Dunbar.

“Just Another Night,” was the opening track to our favorite Ian Hunter album entitled You’re Never Alone with a Schizophrenic. The album was released in 1979. The song was written by Ian Hunter and Mick Ronson. On the album Ian Hunter utilized the rhythm section of Bruce Springsteen’s E Street Band. Roy Bittan performed the album’s piano tracks while Garry Tallent played bass and Max Weinberg manned the drumming chair. Listen to Ellen Foley sing killer backing vocals on this track.

In 1975, Ian Hunter released his first solo album entitled Ian Hunter. The album featured his top 20 hit “Once Bitten, Twice Shy.” The song reached number 14 on the U.K. Pop Charts in 1975. However, 14 years later the song was recorded by the band Great White and reached all the way to number 5 on the U.S. Billboard music charts. Great White did a great job with the song. Their arrangement fit in perfectly with the big hair sound of the 80s. Nonetheless, we still prefer Ian Hunter’s more soulful original version.

Returning once again to Ian Hunter’s best album You’re Never Alone with a Schizophrenic, we have chosen the classic track “Cleveland Rocks,” as our number one selection on this top 10 Ian Hunter songs list. It is very difficult for anyone in the music business to write a hit single. It is even more difficult to write an anthem. Not many musicians have written songs that have reached beyond simple pop culture. Queen did it with “We Will Rock You.” Metallica did it with “Enter Sandman,” Ian Hunter did it with “Cleveland Rocks.” 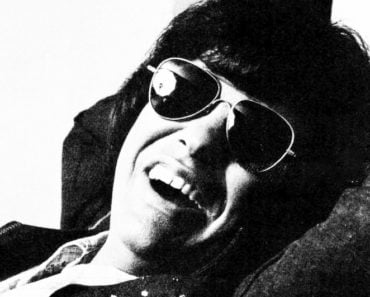 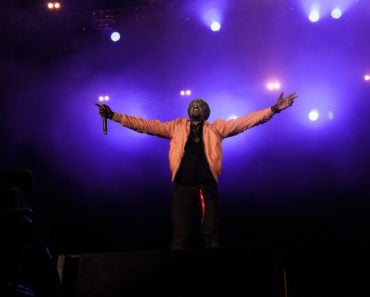 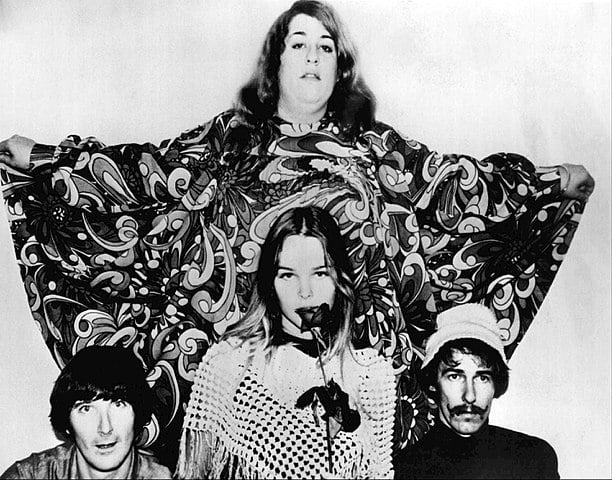 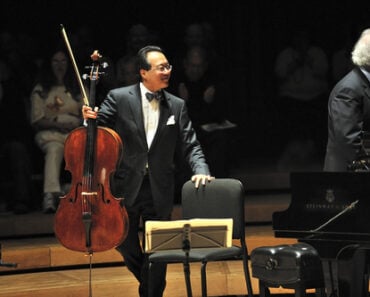