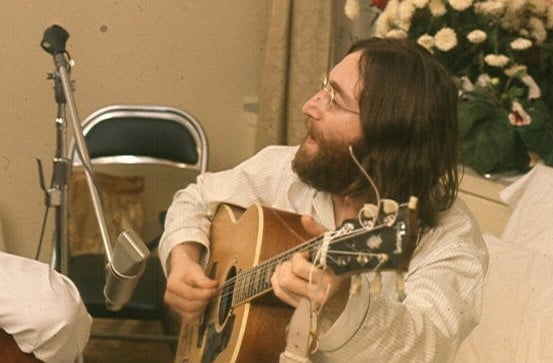 Photo: By Roy Kerwood [CC BY 2.5 (http://creativecommons.org/licenses/by/2.5)], via Wikimedia Commons

It’s tough to write a Top 10 John Lennon Songs list for multiple reasons. The first is obvious, the man wrote some of the most remarkable and important songs in classic rock history. Even separating his solo career work from his Beatles catalog, the songs he composed and recorded during his brief ten-year year solo career were outstanding in so many ways. It’s the idea of how short his solo career lasted that makes this list even more difficult to write. When John Lennon was murdered in 1980, the world lost not only one of its most important songwriters of all time, it lost one of the most important voices in history. When Lennon spoke, he carried a weight that had a significant impact not only on pop culture, but also on social issues and the madness of politics.

There was a reason the FBI kept a file on John Lennon. Politicians were scared of Lennon because of the power of his words. The man spoke honestly about the way he felt and people listened. One must wonder how different the world would be if Lennon was still alive. We were not just robbed of a man who created music that changed lives, but of a man who spoke for a generation.

Our Top 10 Essential John Lennon Songs list is a celebration of the man’s music. As a teacher in middle school, I am shocked as to how many students can’t even name a Beatle. It’s one of the reasons I started this website. These lists are designed to serve as an introduction to the music of these classic rock and roll artists for young people who are unfamiliar with the work of these musicians. There has never been a rock and roll artist as important as John Lennon.

Opening up our Top 10 Essential John Lennon Songs list is a song from the Double Fantasy album.“Watching The Wheels,” was released on the last John Lennon album to be issued while he was still alive. It was only a few weeks after the record had been released that John Lennon was murdered outside the Dakota Apartment Building in which he lived. John Lennon had not released any new material in a few years and he was being hounded by the press as to why he had stopped recording. This song was his answer. The Double Fantasy album was released on November 17th 1980. John Lennon was murdered on December 8th 1980. So sad!

“Watching The Wheels,” was released as the third single from the album. The songs featured the great guitarist Earl Slick and Hugh McCracken. Tony Levin of King Crimson played bass on the track. “Watching The Wheels,” would become a top 10 hot on the Billboard Hot 100 peaking at number ten. This is one of the hardest John Lennon songs to listen to because he seemed extremely happy when he was singing this song. Like he had finally found the peace he was searching for and he was able to balance life, love, family and music all together. Until it was all taken from him by a freaking idiot.

One of 1974′ greatest musical moments was the collaboration between Elton John and John Lennon. By 1974, the musical torch had been passed to Elton John as far as the pop charts went. There was no one bigger than Elton John in 1974, except for the legacy of The Beatles and the continued work of their solo careers. “Whatever Gets You Thru the Night,” was a huge single. The song hit number one on the United States Billboard Top 100. Amazingly it was the only number one single John Lennon ever had as a solo artist.

Out of all the John Lennon Songs listed in this article, the track “How Do You Sleep,” is probably the least known. However, that should not distract from the song’s brilliance. George Harrison’s slide guitar work on the track made this one of the most enjoyable John Lennon Songs of his solo career. The lyrics may be a bit distracting especially to Paul McCartney fans, but the music and performances on this track are timeless.

We just could not write a Top 10 John Lennon Songs list without including John Lennon’s Christmas Classic “Happy Xmas(War Is Over),” The lyrics define John Lennon’s stance against the Vietnam War which the United States was still involved in during the early 1970’s.

The song was released in 1971. Just as John Lennon enjoyed releasing songs as singles only during his time with The Beatles, Lennon released Happy Xmas (War Is Over) as a non album single.

John Lennon’s song “Instant Karma,” was another John Lennon song that was released only as a single. Of course, over the years the song has been included on many compilation albums and CDs, but upon first release it was only issued as a single. The song was released in February of 1970. The final Beatles album to be released while the band was still together was “Let It Be,” which was issued a few months after the release of “Instant Karma.” So technically John Lennon was still in The Beatles when he released “Instant Karma”. Although some people may argue that point. It was a pretty cloudy time period in Beatles history.

John Lennon’s song “#9 Dream,” was perhaps the most beautiful song he wrote during his solo years from a melodic standpoint. Perfectly titled, the song did present a dream like atmosphere. However the melody is gorgeous, and the lyrics are completely uplifting. The song was released on the 1974 album Walls and Bridges. “#9 Dream,” would become a top 10 hit on the US Billboard Hot 100 peaking interestingly at number nine. The song hit number twenty three in the United Kingdom.

There was never any doubt as to which song we would choose to come in at number one on our John Lennon Songs list. John Lennon’s “Imagine,” is one of the most important pop songs ever written. Composed during the Vietnam War era, the song has continued to resonate powerfully among every conflict the world has faced since the 1970’s. It’s grand statement that defines the power of an artist that was taken way too soon. John Lennon has written some of the greatest songs of all time starting with material from The Beatles Please Please Me album in 1963 an ending with the Double Fantasy record in 1980. Out of all the songs he composed, “Imagine,” was if the not the greatest, the most important.