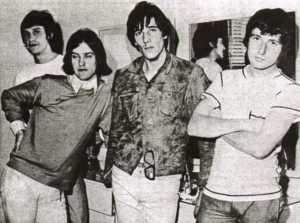 When Dave Davies decided to take a razor to his amp’s speaker before recording “You Really Got Me”, little did he know he’d be ‘changing the face of rock music forever. The same can’t be said for his older brother Ray Davies, who knew exactly what he was doing when he diverted away from garage rock and starting writing nostalgic little vignettes about village greens and sunsets. The only tragedy was that other people didn’t appreciate either. But hindsight is a beautiful thing. The Kinks may never have troubled the charts too much, but today, they’re recognized as one of the most influential and innovative bands to have ever emerged from the UK. Here, we doff our hats to their genius as we countdown the top 10 Kinks albums of all time.

By the mid-1970s, The Kinks were washed-up, worn out, and weighed down by the theatrical excesses of Ray Davies obsession with concept albums. But you can’t keep a good band down for long, and in 1977, they kicked their way back into the mainstream with Sleepwalker. The album heralded their return to the punchy rock and roll of their early years. It was good, but not quite as 1979’s Low Budget, an album that continued their rehabilitation by punching harder and rocking heavier than anything they’d done in years.

These days, you’re lucky if a band releases two albums in a decade. Back in the sixties, work ethics were different. After opening 1965 with Kinda Kinks, The Kinks closed it with The Kink Kontroversy. Both albums were a little rough around the edges, but the second is by far the superior. It’s still rooted in R&B, but there are enough pretty flourishes and ornate treatments to hint at a band on the cusp of a transition. They were, and on the following years Face to Face, they’d prove it. Ray Davies would write better songs and the band would deliver better performances in the future, but even so, it’s still a commendable record.

After Sleepwalker bought their mid-70s fallow period to an end, the band understandably decided the album’s punchy rock and roll was the way forward. So they went to the studio and recorded it again, albeit with some heavier guitars and stronger songs. Of all the albums involved in their rock and roll rebirth, Misfits is the strongest. Ray Davies can’t resist taking us on a couple of flights of fancy, but in the main, it’s an incredibly focused and cohesive return to form.

The Kinks‘ self-titled 1964 debut album wasn’t a perfect album. They were young, untested, and on some tracks, they sound it. But this is an album of hidden gems. Scratch away at the surface, and you’ll find songs like “Beautiful Delilah,” a foot-tapping romp with an energy and exuberance that’s irresistible. And who could overlook “You Really Got Me,” a song with a chewier hook and a deeper groove than anything else around? They’d make better albums later, but it was a very nice way to say hello.

By the early 1970s, Ray Davies was hanging out with Andy Warhol and becoming further and further embroiled in the hedonistic world of the New York arts scene. Waterloo sunsets and village green preservation societies were a world away. But Ray Davies was still a working-class lad from Muswell Hill at heart. On the politically charged Muswell Hillbillies, he waves the flag one last time for the everyday folk of his youth. Stereo Review magazine named it the “album of the year.” Rolling Stone called it Davies “signature statement.” Everyone else called it a flop. It barely sold and it’s only single, “20th Century Man,” peaked at a dismal #106 in the charts. But commercial success doesn’t define an album – with the benefit of hindsight, Muswell Hillbillies deserved a heck of a lot more love than it received.

# 5 – Arthur (Or the Decline and Fall of the British Empire)

The Kinks Are The Village Green Preservation Society clearly whetted Ray Davies’ taste for concept albums. Just a year after its release, the band dropped Arthur (Or the Decline and Fall of the British Empire). It wasn’t as good as its predecessor, but, really, what could be? Judged on its own merits, it’s a classic. The story that weaves the songs together might be shaky, but the songs themselves are dynamite. It’s as British as a cup of tea and a chocolate digestive, and just as comforting as both.

If The Kink Kontroversy had hinted at The Kinkstransformation from a hard rock garage band into something altogether more interesting, Face to Face spelled it out. It still rocks and it still rolls, but there’s a gentler, calmer side to the sound and a new maturity to Davies’ songwriting that would shape and direct the band’s output going forward. It’s a bridge between two worlds. and one that’s very easy to like.

# 3 – Lola Versus Powerman and the Moneygoround, Part One

The Kinks Are The Village Green Preservation Society may have been greeted with almost unanimously positive reviews, but it didn’t really sell. Neither did their other albums. Despite the odds, the band plodded on, stoic in the face of adversity, dignified in their perseverance. Apart from Ray Davies, who was getting sick of being the darling of the critics and the whipping boy of everyone else. He wanted success. The fact he wasn’t getting any (at least in his mind) was down to one thing and one thing only: the music industry. On Lola Versus Powerman and the Moneygoround, Part One, Davies lets his disdain for the whole sordid industry pour out. The result? The band’s most commercially successful album in years.

By 1967, The Kinks had fallen out of favor and out of luck. Daveis’ songwriting, on the other hand, had never been better. Something Else by the Kinks failed miserably, partly because the band were still subject to a US ban on TV and live performances and partly because Pye Records had made the catastrophic decision to release several of the album’s most promising songs, including “Waterloo Sunset” and “Death of a Clown,” while the album was still in progress. But flop or not, it’s a stunning piece of work, with Davies’ sharp observations adding just enough bite to stop the sepia-toned vignettes drifting into sentimentality.

# 1 – The Kinks Are The Village Green Preservation Society

Something Else by the Kinks is a classic album, but even classic albums can’t compete with stone-cold masterpieces. The Kinks Are The Village Green Preservation Society is exactly that. Obviously, no one bought it. Released in 1968, it left fans confused, the critics scratching their heads, and everyone else completely nonplussed. But sometimes, people don’t know which side their bread is buttered on. A whimsical slice of nostalgia full of colorful characters and pastoral pleasures, it’s an unmitigated joy. Davies once said, “Everybody’s got their own village green, somewhere you go to when the world gets too much.” On the strength of this, we’d be happy to spend a lifetime at his.