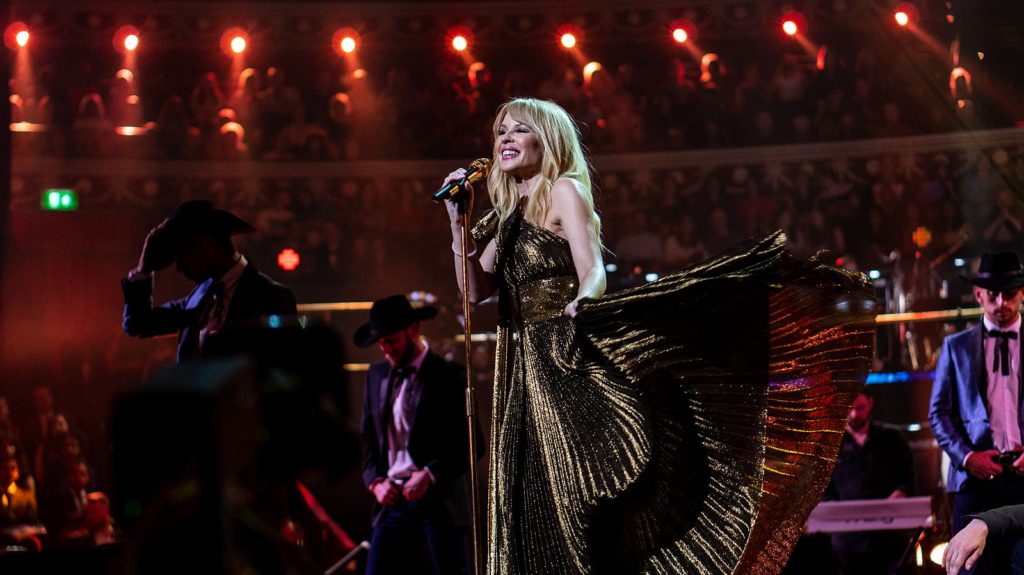 Continuing with our top 10 Kylie Minogue Songs list we go from one of her first big hits and her 1987 debut single in the “Locomotion,” to her most recent hit in 2020 called “Magic.” This brand new release is smoking. It’s a pure dance groove filled with killer horns, dynamic keyboard licks and an out of this world Kylie Minogue vocal that stands as one of her best. Don’t miss this one! It’s one of those songs that will put you in a good mood. It sounds like 1977.

“Spinning Around” was released in 200 on the Light Years album. This is just so good you may have a heart attack listening to it. The video is soooo hot. Kylie Minogue has made many smoking videos, but this one is going to burn you up. The beautiful diva from Australia had a number one hit in Australia and the United Kingdom with “Spinning Around,” in the year 2000.

The great dance song “Say Something,” was written by a large collaboration of writers including Kylie Minogue, Ash Howes, Jonathan Green and Richard Stannard. The song was released in 2020 on the album entitled Disco. The song became a top 10 hit on the U.S. Billboard Dance music charts. The song’s message of unity along with its uplifting groove, soaring melody and stellar production helped define it as one of the great dance songs of the 21st century.

I love this song. It sounds like it belongs in a James Bond Movie. Its one of the best recordings Kylie Minogue has ever released, The production is off the charts. It sounds somewhere in between the dark productions of Shirley Manson and Garbage and the 90s sound of Madonna. It is just fabulous.

At number three on our top 10 Kylie Minogue songs list we present the sensual song “Slow.” This amazing piece of music was released on Kylie Minogue’s Body Language album. The record was released in 2003. “Slow,” was an explosive hit single for Kylie Minogue. The song went straight to number one in several countries including the UK, Spain Australia, Denmark and  Romania. It hit number one on the U.S. Billboard Dance charts. The song “Slow,” was also nominated for a Grammy Award for best Dance song. This video is almost too hot to watch.