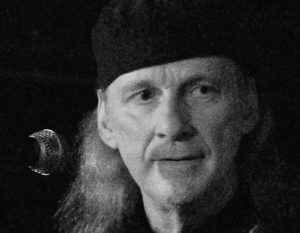 Our top 10 Moby Grape songs list presents the music of an American band whose songs were fueled by elements of  rock, country, jazz, blues, psychedelic, and folk styles. Formed in 1966, Moby Grape was initially known for its amazing lineup, which had all the members sing lead vocals at one time or another. Matthew Katz and Skip Spence would initially instigate the band’s formation after disbanding from Jefferson Airplane. A name for the act, suggested by Skip Spence and Bob Mosley, would soon be born from the punchline of a joke. The band’s first incarnation added to its lineup members picked from The Frantics and The Cornells. Not only did the band have all its members play the lead vocalist role, but Moby Grape also had all its three guitarists play the lead role at various points.

A year after the band’s inception, Moby Grape released its eponymous debut album. The album had all the band members contribute in penning the lyrics, and singing lead vocals/backup vocals. Thanks to the band’s effective use of the three guitar leads and the members’ vocals potential, that the album played a significant role in helping the band receive critical acclaim. Several songs in the album reached the top of the charts. The album also became a go-to place for other artists such as Robert Plant and Guy Burlage, who covered songs such as “8:05.”

While the band made quite a massive impact with its debut album, the sophomore album Wow/Grape Jam (1968) was not highly rated. Critics termed the album a commercial and critical disappointment, with many expecting more from the band. The album peaked at number twenty on the Billboard Pop Albums chart, mainly due to special low price double-album packaging. Soon after, Moby Grape would have an on-and-off career which saw the band’s first incarnation break up. The journey to stardom was never easy, with Matthew Katz fighting off the band members over the band’s ownership. This would result in the band using different monikers when performing which affected its success and fame. The band ended up struggling to maintain its following but prompted several tours alongside Fraternity of Man, It’s a Beautiful Day, and Strawberry Alarm Clock in a quest to popularize its music. Some have described Moby Grape’s saga as an excruciating heartbreak following misguided decisions culminating in a squandered potential. Here are the top 10 Moby Grape songs that bring out the true potential of a band that would have become a legendary act in its primes.

Ushering us to the top 10 Moby Grape songs is the striking song “I Am Not Willing.” The song was released on the band’s album Moby Grape ’69 (1969). Its lyrics tell of broken trust between two lovers following infidelity from one of the partners. The song comes with a second side under the title “If You Can’t Learn from My Mistakes,” which was penned by Peter Lewis.

At this time, guitarist and vocalist Peter Lewis were going through some tough times following his ending marriage. This situation solely inspired the song. Wilco and Black Rebel Motorcycle Club are among the handful of artists to have covered the song. “I Am Not Willing” has also been sampled by Of Limbs featuring Jill Davis in the song “No One Cares.”

Moby Grape had quite a catalog of songs to release, with the band demanding total commitments from its original members. The result was the double album Wow/Grape Jam in 1968, which included two different albums, Wow and Grape Jam, sold for a dollar more than the price of a single album. While the double album might not have hit compared to the band’s debut album, it featured several ballads worth mentioning in the top 10 Moby Grape songs.

“Can’t Be So Bad” is one of the songs from the album Wow, penned down by Jerry Miller and Don Stevenson. The song has its lyrics allude to a situation where a man meets a woman crying in a room. In this context, the woman seems to be heartbroken, and the guy wishes to wipe the tears from her eyes figuratively. The man wishes to take care of the lady, telling her that it can’t be so bad with him if she only opens her eyes to see it all.

“Come in The Morning” is one of the greatest Moby Grape songs from the band’s debut album. The song is a catchy work of amusing joy, bringing the best of Moby Grape’s early compositions. You ought to love the song’s groovy lead guitar riffs that add to the song’s thrilling vibe. In some way, the song feels like a blend of The Turtles and The Temptations with its funky vibe similar to “You Baby” by The Turtles. The magnificent background vocals in this ballad make it worth mentioning as one of the best Moby Grape songs.

Let’s now go back to Moby Grape’s album Wow (1968), where we find the song “He.” The timeless ballad is a favorite for many, thanks to its unique 1960s sound. Moby Grape brings on a cool transcendent quality with this song which feels more like a love song due to its instrumentation. Again we find the backing vocals working miracles in making a song sound so magnificent.

Number six on our top 10 Moby Grape songs is the pulsating song “Indifference” from the band’s eponymous debut album. Moby Grape showcased great musicianship with this release. The song blends in awe-inspiring lyrics, grooving guitar riffs, and sublime vocals making it one of Moby Grape’s best releases of all time. Specifically, the song brings out Spence’s genius songwriting skills which serve the song’s boisterous take on electric blues. Credit to the lead guitars, which bring out the band’s guitarists’ phenomenal and tremendous skills.

At the number five spot on our top 10 Moby Grape songs list is the great slow blues song “Never.” If your a Led Zeppelin fan and take a listen to this one you will undoubtedly hear where Led Zeppelin found the inspiration for their song “Since I’ve Been Loving You.” Same groove, same feel and at times some of the same lyrics. But that’s what Led Zeppelin did. That’s what all blues artists did. It’s no big deal, it’s actually pretty awesome just like this song entitled “Never.”

“Hey Grandma” was probably the best way to open what would later become the greatest album by Moby Grape. Enchanting lyrics and rocking guitar licks are the first things you notice with the release of this album. This classic release is an exercise in three-guitar brilliance and indescribable tunes, having it cut across blues, folk, rock, and country. The song also features Mosley’s energetic bass work of all time.

Moby Grape still had something to offer in the album Moby Grape ’69 (1969) despite the endless scuffles amongst the members. The song “It’s a Beautiful Day Today,” written and sung by Bob Mosley, validates the aforementioned claim. Moby Grape gave this song as a rejuvenation of contentment in an album filled with heartbreak and resignation. While Mosley nailed it with this song, he was on his way out of the band to the shock of his fellow band member having him join the Marines. Earlier, the band had lost Skip Spence, one of the most instrumental pillars to the band’s success.

Filled with a refined melancholy is the hit “8:05” from Moby Grape’s eponymous debut album. The song was an original song by the band written by Don Stevenson and Jerry Miller, who are credited with penning the lyrics to most of Moby Grape’s best songs. “8:05” feels more like an acoustic country-folk song that blends some of the best psychedelia vibes. The song allows you to listen to Moby Grape’s vocal strengths and arrangement superimposed on some sweet harmonies. You ought to appreciate how the acoustic guitars in this release help support the wistful tone of the song’s lyrics. Robert Plant is among tons of artists who covered this song.

Number one on our top 10 Moby Grape songs list is the exhilarating ballad “Omaha.” The charismatic and energetic artist Skip Spence is credited with penning down the lyrics of what some feel to be one of the greatest psychedelic ballads of all time. As soon as the song begins playing, “Omaha” demands your attention thanks to its magnificent guitar riffs and well-executed vocals. The song explodes with a maximum intensity of the band’s full potential, proving why it managed a peak position number eighty-eight on the Billboard Hot 100.