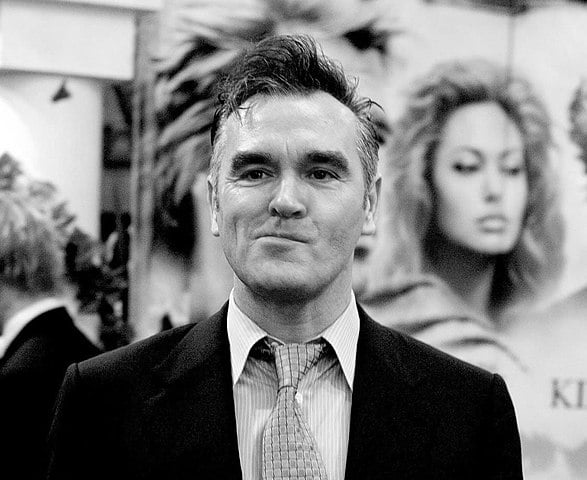 The fall of something might as well be the rise of some revolutionary greatness. And this cannot be told better than through the break up of The Smiths band back in 1987, which led to the birth of a solo global artist Morrissey. Our top 10 Morrissey songs introduce us to this songwriter and artist who seem to beat all the odds by maintaining his presence in the music industry when most of his peers are already past their primes. The controversial English icon stamped his name on the list of superstars by augmenting his unlucky-in-love persona while taking up a lonely stance that remained all through his albums. That said, here are the top ten Morrissey songs that you might need to check out and possibly add to your playlist.

Ushering us to the top ten Morrissey songs is his song “Now My Heart is Full” from his 1994 fourth solo album Vauxhall and I. The song brings us, Morrissey, at the moment he is overcome with much to utter but aberrantly confused about time and manner in which to bring them out. Notably, the refrain of the song references the gangsters from the 1938 novel Brighton Rock by Graham Greene. According to Morrissey, during an interview back in 1995, the song “Now My Heart is Full” stood to be his definitive expression of his change to adulthood.

Very few songs by Morrissey can replicate Morrissey’s “Speedway” jam. Thanks to its chainsaw buzz that splits the song into two and offers the song’s instrumental some exotic fine feel. As if that is not enough, the song’s lyrics toy with you from its verse to the chorus’s trembling exhilaration. Here, Morrissey confesses that all his enemies might have a point since the rumors they heard were not completely unfounded. But no sooner had he gone into confessing that, that he finds himself showcases some pride and unexplained victory over the foes.

“Hairdresser on Fire” is a fine single that goes over and beyond to exhibit Morrissey’s genius lyrical ability. Delivered in a fine but killer tune, the song references playwright and Moz hero Joe Orton’s The Boy Hairdresser. If you were a fan of the old Morrissey when he was back in The Smiths, then this is the song to chase. The song brings out the artistic playful, and flirty Morrissey while maintaining his stoic nature.

# 7 – We Hate It When Our Friends Become Successful

Do we really hate it when our buddies go all successful? Probably, this song leaves tons of questions in most of the listeners’ minds having it introduce quite a strong statement that very few artists can barely utter, leave alone sing. Well, Morrissey might have quite a disappointment having his friends make it big, but there is something more in the music delivery- unique quality! Notably, the key to the song is Morrissey’s rigmarole laughter that he brings on instead of lyrics in the song’s chorus. The ill taunts he makes only remind us of the fact that Morrissey has barely suffered fools leaving us only to guess who the enemies might be.

Coming from his 1994 album Vauxhall and I, “The More You Ignore Me, The Closer I Get” is one of Morrissey’s emotional centerpieces. The moving ballad is a sweeping declaration of both loyalty and loves only refracted through the lens of disillusion, fury, and most especially, unmet expectations. Through a fetching mid-tempo arrangement as well as an archetypal riff, Morrissey stages quite some corkers showing to the world his outstanding lyrical skills. His repetition in lament brings on quite some humor that few artists can replicate. However, the key takeaway here is the chorus that postulates that real love not to be an accident but a deliberate and calculated act of will.

Released back in 1992, the song was obtained from Morrissey’s then-unreleased album, Your Arsenal. Notably, this marked his second song co-written by Alan Whyte. For many, the lyrics might have seemed to point out a love song dedicated to an overweight mistress. However, the words were an in-joke brought out by Chas Smash, Madness singer, making himself the subject of the song. Thanks to its relaxed tone that the song finds a place in many people’s hearts despite the song not trending high on the charts.

“Irish Blood, English Heart” is among the few ballads that Morrissey has made in the twenty-first century, making him quite a force to reckon with when it comes to resilience in the industry. Written in 2002, Morrissey would go on to release the song in his 2004 album, You Are the Quarry. The song draws his English and Irish heritage exploring the themes of contention between the two countries. Notably, the song draws quite some political influence having him denounce some key political figures, including the British royal family as well as the Labour and Conservative Party. Reaching number three on the UK singles charts and many other reputable positions in multiple international charts, the song is quite popular and massive.

Still from his 2004 album, You Are the Quarry, “First of The Gang to Die” is an undeniably infectious jam. Despite its moral complicatedness, the song remains quite massive, having it set in Morrissey’s Los Angeles city. Doubling up as a nod to his adoring Latin fanbase, this jam focuses on Hector, a loveable mischief-maker. While the song is quite underrated on the music charts, you ought to love its sinful catchy tune.

Morrissey’s follow-up to his debut single was probably the greatest idea he probably executed. The release of the 1988 album Viva Hate placed Morrissey among the great hit song makers of his time. Notably, the ballad paints the picture of the gloominess of seaside towns where each day seems to be like a Sunday. The song, on a deeper level, captures the fog of depression, navigating the isolation and desolation that accompanies depression.

Coming in at number one is Morrissey’s most popular song, “Suedehead,” which also comes from his most successful album, Viva Hate. The song is impeccably loved thanks to its great lyrical prowess blended with a catchy stirring and mordant tune. Its title came from Richard Allen’s book about post-skinhead gangs. While the song appears not to do with the novel, Morrissey would later describe the song to be about the life he adopted back in his teenage years.