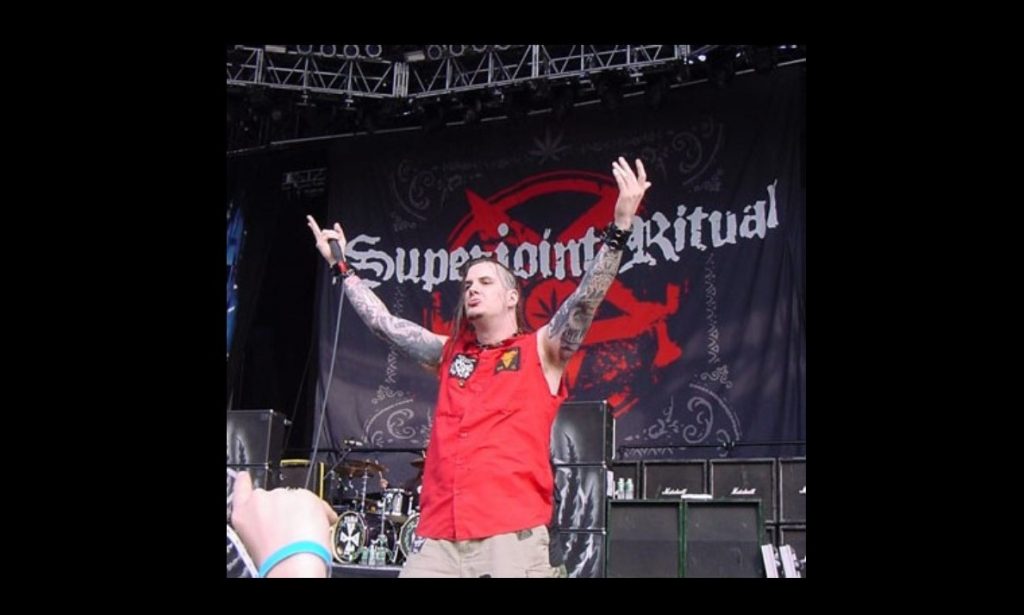 Formed in 1981 in Arlington, Texas by brothers drummer Vinnie Paul, guitarist Dimebag Darrell and vocalist Terry Glaze with bassist Rex Brown replacing Tommy D. Bradford a year later, Pantera started out as a glam metal band releasing four albums in this style in the 1980’s. By the time of the release of 1988’s Power Metal Phil Anselmo had replaced Glaze on vocals, as they were now looking for a heavier sound. With their fifth album, 1990’s Cowboys From Hell they were no longer a glam band and decided to ignore the existence of all the previous albums. They followed this up in 1992 with Vulgar Display of Power which is regarded as their best work. Their success continued with 1994’s Far Beyond Driven which debuted at number one in the Billboard Charts.

However, things started to fall apart for the band in the late 90’s when Anselmo became a heroin addict, almost dying from an overdose in 1996. This had an effect on the next album, 1996’s The Great Southern Trendkill which Anselmo recorded separately from the rest of the group and was a generally experimental record which was met with a mixed response. Unfortunately, this conflict was never resolved and after recording one more album, 2000’s “Reinventing the Steel” they announced in 2001 that they were going on hiatus before officially disbanding in 2003 due to a lack of communication between Anselmo and the Abbott brothers.

The brothers went on to form Damgeplan while Anselmo worked on several other projects including Down which at one point featured Brown on bass. On the 8th of December 2004 tragedy struck when Dimebag was shot and killed on stage while performing with Damageplan in Columbus, Ohio by a mentally ill fan who was angry over Pantera splitting up. Unfortunately, this loss never brought Anselmo and Paul back together to reconcile and Paul died of heart failure in 2018.

The first song and title track from Cowboys From Hell is Pantera’s signature tune, essentially describing the band themselves and being the introduction of the real Pantera after their days as a hair metal band that nobody had heard of. Featuring one of Dimebag’s many classic riffs, it is a true groove metal tune. This, coupled with Anselmo’s vocal style at this point which was a high-pitched yawl literally made them sound like cowboys from hell.

One of Pantera’s few ballads, this track, also from Cowboys proved that they could do more than just thrash and slam. Apparently named after The Smith’s song of the same name (one of Anselmo’s favourite bands none the less) this story of a lost love is genuinely moving without sounding cheesy or awkward. Dimebag on here shows that he was more than just a riff master by providing us with some very good melodic guitar work.

Yet another killer Dimebag riff, this time of Far Beyond Driven. Pantera had a lot to live up to following the success of Vulgar Display of Power and this leading track proved that they were not running out of testosterone just yet. A truly stomping song that may come across as a little silly in how overtly macho it is, but that’s ultimately what makes it prime Pantera. Lyrically, it deals with the account of a real life incident where Anselmo was being heckled and asked members of the audience to jump the individual who was responsible. The young man’s father allegedly tried to sue him for this and remarked “give me five minutes alone with that Anselmo guy.”

The opening track of Vulgar, featuring yet another great riff (there’s definitely a theme here!), it is easily one of the greatest metal opening tracks of all time. A song about strength both psychological and mental, when Anslemo sings about “moving mountains with less” you truly believe him which was somewhat refreshing during this time when grunge was at its peak where there was so many lyrics about self-pity and depression. Being mid-paced most of the way through, when it speeds up at the end it also makes for some head banging fun.

Another one for the riff-tastic collection, this cut from Far Beyond proved that Pantera truly were the kings of 90’s metal. Lyrically, it is another personal one for Anselmo as he reflects on his troubled past and says “look at me now!” The band also takes the opportunity to really thash out of the end. Audioslave were definitely listening when they wrote “Cochise” some years later.

Your probably a little tired of hearing the word “riff” right now but this is Pantera so what do you expect? This features a very HEAVY one making the song’s title seem particularly apt. Another classic Vulgar track, it also deals with the theme of finding inner strength with the lyrics in the chorus talking about “A NEW LEVEL OF CONFIDENCE AND POWER!”. Riffs+Strength=Pantera.

Another rare track from Pantera which shows their more sensitive side, it is something of a love song albeit one with a not so romantic twist. A generally slow-paced song, it tells a tale of a relationship that has turned out for the worst and the frustration gradually builds before finally exploding at the end. Another Vulgar track, it is a classic early 90’s rock song. Definitely one to blast if you have trouble in your love life.

Strength. Beyond. Strength. A title that shows that Pantera are not for the weak, and musically proves that too. It is a song that proved the point that Pantera were trying to make at the time,which was that metal was not dead like the mainstream was trying to make out and that they were the band to prove that. Taken off Far Beyond, the fact that the album topped the Billboard charts very much proved this song’s point.

Our selection of the Pantera song “Drag The Waters,” is a controversial choice perhaps, but why not be honest and give recognition to the overlooked material? “Drag The Waters,” loomed as a very dark song from Pantera’s 1996’s album The Great Southern Trendkill. One could argue that the album itself was in general, a very dark album. The Pantera song “Drag The Waters,” captured the bad place the band and Anselmo were in at the time. The song covers the subject of not being able to trust someone. Lyrically, it was possibly influenced by Anselmo’s relationship with the media. It was a relationship fueled by Anselmo’s argument that the media was printing false material about him. Not quite the heyday of Pantera, but the song is a true classic.

Probably Pantera’s best known song containing what is easily Dimebag’s most iconic riff. With its lyrics about so-called “friends” who talk about you behind your back where Anselmo demands “RE-SPECT!” in the chorus, it is yet another example of what Pantera did best killer riffs and a take no crap attitude. Lifted of Vulgar, it is pure classic Pantera at the peak of their early 90’s heyday.