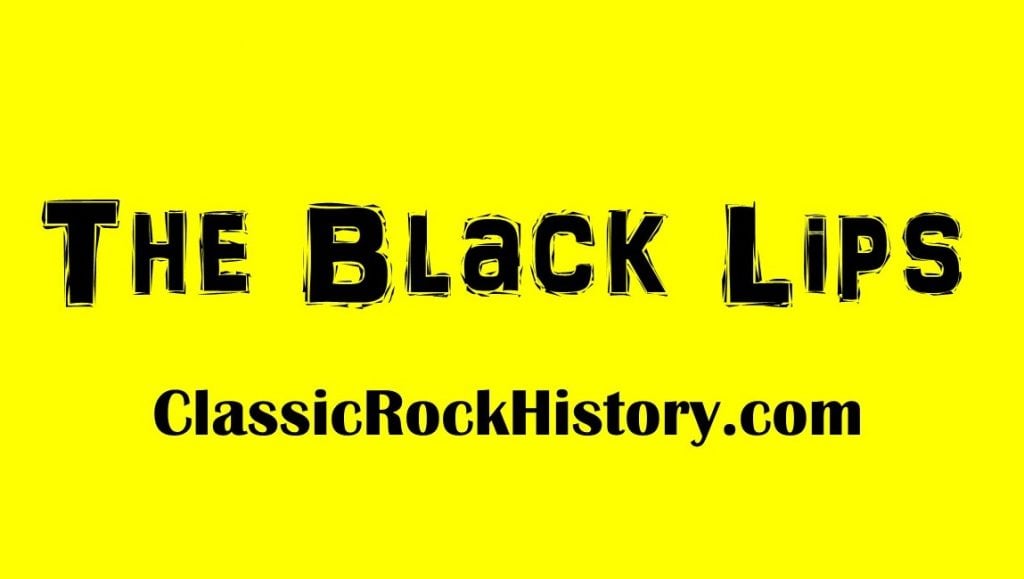 Listening to The Black Lips’ punk sound is a visceral, chaotic and intoxicating experience. Precariously balanced on a distinctly rockabilly groove and drenched in deranged asylum screams, looping feedback and raw energy ,The Black Lips are like a 1950’s rock band on steroids. Hailing from Atlanta, Georgia, the band led by Jared Swilley and Alexander Cole started a musical earthquake in the early 2000’s that would alter the face of American punk rock.

Disenchanted with the introverted, math-rock genre that had dominated Atlanta, GA’s local music scene and disenfranchised from Georgia’s state educational institutions, Alexander Cole (Guitar, Vocals) and Jared Swilley (Bass, Vocals) left their previous band The Renegades to form the Black Lips in 1999. Both Alex and Jared had been expelled from school that year for getting excessively drunk and trashing the stage at The Dunwoody High School Talent Show. With percussionist Joe Bradley and guitarist Ben Eberbaugh joining they quickly put out a 7″ on small-time local label Die Slaughterhaus.

The underground success of their initial release was the first wave in a rising tide that allowed bands like King Khan and the Shrines, The Coathangers and Deer Hunter to find success in Atlanta’s budding punk rock movement. At the center of it was The Black Lips whose irrepressible live shows conducted in abandoned basements and kitchens across Georgia, were fast becoming folk-lore.

Those now legendary, maiden ‘kitchen’ gigs were a maelstrom of underage, unsupervised chaos where anything could happen. The band would urinate on stage, set fire to their genitals, let off fireworks, release live chickens into the crowd and get in fights to the delight of their growing underground following. In the rock and roll world, those crudely sexual, defiantly vulgar antics that had got them in so much trouble at school were fiercely celebrated. Frontman Jared Swilley would later admit that their infamous onstage personas were part the result of excessive intoxication (Swilley would enter rehab a year after The Black Lips formed in 2000) and part compensation for a lack of musical ability. Impossible to ignore, The Black Lips were signed by Bomp! records and released their first LP The Black Lips! in 2003.

At Bomp! records The Black Lips were given a simple piece of advice: get out of Georgia. They took to the road in the early two-thousands and never looked back, amassing hundreds of gigs across the United States. The mayhem of their animalistic stage shows, infighting and excessive drug abuse was backed up by a raw, alternative garage rock sound. It was as if The Black Lips were the bastard child of Jerry Lee Lewis and The Ramones. With their undeniable, but discordant, songwriting talent and their infamously unpredictable live shows, The Black Lips quickly garnered a reputation as one of the craziest, most exciting rock and roll acts of the modern era.

If chaos was the name of the game then “Steps,” taken from their debut LP The Black Lips!, was the perfect calling card. The churning distorted bass riff snarls in a riotous 3:4 time signature embodying the animalistic energy of their live sound. “Steps” abandons lyrics and melody in favor of pure primal expression. The band screams, howls and thumps their way through a minute and a half of primal punk power.

The simple picked guitar melody and backing drums in the songs intro provide a false sense of security as the band tear into a howling Troggs-esque chorus. The shredding of Jared Swilley’s increasingly shrieking vocal chords make it near impossible to tell where the guitars end and his vocals begin. A visceral, 7 car pile up of teenage angst, raw power and fuzz tone.

“No Town Blues” is a organ inspired, foot-stomping anthem for wide-eyed adrenaline junkies. The song is about the Hillside Strangler, a serial killer from the mid-seventies who murdered ten women and was convicted in the most expensive trial in Californian history. The serious themes are delivered in a typically vulgar style with banshee-like screams bringing the rampant chorus to a close.

Released on the bands 2005 album Let It Bloom, “Sea of Blasphemy,” is a chugging rhythm and blues track. The incessant walking bass line and droll, snarky vocals are steadily drowned out by white noise as the song collapses in a heap of feedback, screams and fuzz. Let it Bloom was the last Black Lips album to faithfully recapture the lawlessness of their live sound. “Sea of Blasphemy” was a swan song for the Black Lips relationship with Bomp! Records, and producer Greg Shaw who died during production.

Following on from a grueling schedule of tours across Europe and America, the Black Lips returned to the studio in 2007 to record the seminal Good Bad Not Evil. The self-produced LP was the next step in the band’s development, moving from cluttered rock and roll pandemonium to a more considered pop-punk style. “Katrina” is a garage land live anthem, that spins incessantly on an infectious bass hook and has all the hallmarks of the Black Lips’ raucous sound; albeit housed in a tighter, radio-friendly production.

The song “Bad Kids,” was a defining moment in the band’s career. “Bad Kids,” is an outsider-anthem that captures the bands disenfranchised, fun house philosophy. A brusque showcase of catchy lyrics, melodies and guitar hooks. The song’s content bridged the gap between Swilley’s and Coles’ personal life experience and America’s disenchanted, demonized youth. Influenced by the bouncing bass lines of fifties rockabilly radio, “Bad Kids,” is in equal parts inclusive, melancholic and humorous.

“Modern Art” is a sardonic, snarling pastiche of the art world’s cliquey culture through the eyes of the uninitiated. Drawing on the mundane, the hilarious and the bizarre in equal measure, the lyrics unashamedly describe a ketamine fueled binge at the Louvre, Paris. The song’s brash lyricism and vulgar humor is a hallmark of The Black Lips’ simplistic songwriting style.

Inspired by sixties garage rock revelations The Castaways, “Mad Dog” is a rapid, organ driven rock song. From the songs sleazy saxophone to the offbeat keys, Mark Ronson’s fingerprints are all over this. Lyrically, the song deals in themes of possession and theology through a decidedly immature mindset. “Mad Dog,” drives home the raw power of the Black Lips in the confines of a neat, slick production framework.

The  teaming up of The Black Lips with famed producer Mark Ronson for 2009’s Arabian Mountain LP was a bit like Johnnie Rotten teaming up with George Martin. The suspicion was that the band would ditch their snarling, spikey garage rock roots and move to a mainstream, easily consumable product. It was a suspicion that was destroyed in the opening minutes of the album. “Family Tree” was part homage to the bands roots and part step towards an exciting future. As it turned out Ronson wouldn’t, or couldn’t, change the band’s unruly sound and instead sought to contain them. “Family Tree” is a tightly wound garage rock gem fused with Jared Swilley’s pining, loud vocal and Alexander Cole’s rampant lead guitar. Enough angst to be edgy with enough production to be a hit, “Family Tree” is the perfect exposition of The Black Lips’ early sound and their later songwriting virtuosity.