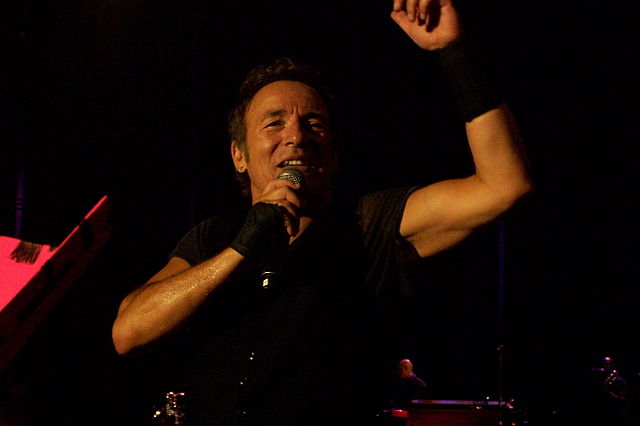 Born To Run was the album that gained him his largest loyal following, greater than any other record. Ignore the Born In The U.S.A. mania. That wasn’t a real audience. That was an audience that misunderstood his message and for the most part have long since abandoned him. No, his loyal following began with the Born to Run album. The Born to Run album painted a picture of a world we all kind of wanted to live in because it was exciting, it was romantic and thrilling and offered hope of a new day. The album offered  a new road to run free on, with all the great possibilities that life held for us staring at us down the road. We were all young, including Bruce.

The Darkness On The Edge Of Town album was an angry album that was a response to the deep wounds inflicted on one’s soul due to betrayal and deeper issues of family, work and relationships. The issues that Bruce Springsteen had with his former manager Mike Appel had not only delayed the release of the Darkness On The Edge Of Town album it, gave Bruce Springsteen more time to reflect on life itself as he began to move into his mid 20s. Not just his most recent years, but his teen and elementary years and the issues he had with his father. He was dealing with family experiences that still lingered on in his memories while coming to grips with them as a young adult. Born To Run was an escape album filled with teenage dreams, Darkness On The Edge Of Town was an adult album dealing with fading dreams.

The brilliance of the Darkness On The Edge Of Town album was not in the dark picture that Bruce Springsteen had painted about life experiences, it was in the small glimmers of hope that resounded in many of the songs on the record. The album opener “Badlands,” was obviously written with an eye on his concert performances as it was this loud rocking anthemic song that perfectly set the tone for the record with its angry undertones fueled by the song’s title itself. The songs message was “hey this is what we got, lets deal with it.” Welcome aboard, try not to jump.

The album’s second track “Adam Raised a Cain,” was the perfect song to answer to the roaring album opener. This was easily the darkest song on the record. A haunting song about betrayal played with a viciousness that screamed out in pain. This was one about about betrayal in its worst form. The use of biblical characters in the story line defined the issues of family betrayal in which most people never get over. The album’s third song took the listener into the depths of night, into an arena that Bruce Springsteen had already written so much about….. the car. Yet in the song “Something In The Night,” Bruce wasn’t driving away with Mary, he was searching for what happened to Mary. The songs opening piano lick that kept repeating over and over again like the white lines on the highway fueled by Bruce Springsteen’s howl’s made this one of the most compelling tracks on the record.

The album’s next track “Candy’s Room,” was the first of the two fantasy songs found on the Darkness On The Edge Of Town album.This was an explosive exciting rock and roll song pumped to the max with energy which was much needed after the slow moving “Something In The Night.” Yet, of course there was still a darkness in that fantasy continuing with the album’s storyline. After the album’s first four songs had hit us all pretty hard Bruce Springsteen closes side one with a song of hope bathed in reality. It’s in the song “Racing In The Street,” where Bruce Springsteen delivered one of his finest moments on record.

“Racing In The Street,” is the story of the working man. The man who does not have much left but his pride and his car. A story about the difference between a man who gives up on life and the man who won’t let his spirit be destroyed by the harshness of life and finds his joy in car racing. It’s simply a metaphor for finding something to hold onto. It works brilliantly. Even when the story goes darker and hope almost seems lost there is still that race to be run, that one last shot at redemption, a reason not to give up no matter what. It’s the perfect way to close side one of the album. It’s also one of his most important works. If your not emotionally affected by the long instrumental outro then your just not alive.

The hope found in “Racing In The Street,” shines brightly in many ways on side two’s album opener “The Promised Land.” However, the harsh reality of the working man hits right back in the album’s next track entitled “Factory.” A song that included a chorus that would be repeated in the minds of so many hard working people over the years who will never forget the meaning of those words “the work, the working, just the working life.” This is the Bruce Springsteen that made the connection with the poor and middle class. The one wh0 understood the plight of the working man and family struggle from his own experiences and those of his family and friends. Issues that he would explore deeper with each new album he would release, as he aged himself, moving on into his thirties and beyond.

After the song “Factory,” the album moves on for a two song break back into the land of teenage or at least twenty something fantasy. Bruce Springsteen had perfected his musical skills as a musician and entertainer in the bar scene. A life where you have to be good or they throw you out of the clubs without getting paid. The track “Streets of Fire,” may lyrically be the weakest of the album songs, but it’s the song in which Bruce Springsteen really stretches out as a vocalist and produces one of his greatest vocal performances on record. This song is about the musician Bruce Springsteen and his incredible band. It’s an extremely exciting musical piece played with an intense energy that is taken to a whole new level in his live shows. The band sounded like they were having a lot of fun on this one.

Bruce Springsteen and his manager Jon Landau really developed a keen sense of album sequencing. They followed up the song “Streets of Fire,” on the album with another great rocker that was a little more radio friendly and one of the most addictive singles Bruce Springsteen had ever released. For most of us, “Prove It All Night,” would be the first song we heard from the album as it was released before the album hit the stores. Was it what we were expecting? Absolutely not. We were expecting Born To Run II. So this one took a little time to get used to, but then Bam! we were hooked on this one right down behind the dynamo.

“Prove It All Night,” was was a short fun rock and roll song that Bruce Springsteen and the E Street Band turned into an extended jam song that would become one of the highlights of the first set every night on the Darkness On The Edge of Town tour of 1978. If you never heard the 1978 live perfomance of the song take a listen to the video below.

The album’s second side came to a close with the album’s title track  “Darkness On The Edge of Town.” All the themes of lost love, hardships and betrayal, came all together on the song  “Darkness On The Edge of Town.” Springsteen sets the scene of a character who seemed to had lost everything in his life. The characters staring into that vast emptiness, as far down the road as one could see, until they could see nothing but darkness. He took that character that so many could relate to at one time in their lives and he gave them hope by placing them on top of that hill and screaming right back at that darkness, staring it down no matter what had already been lost. Somewhere there was still a light, still a chance and maybe another  race to be run.

Bruce Springsteen’s  “Darkness On The Edge of Town,” is an album that has grown with us. It’s an eternal record. It speaks to all periods of life. For many years Born To One was the personal favorite but over time it became more a nostalgic album. It’s still a great to listen to as the songs on that record are forever iconic. But Darkness On The Edge of Town still feels relevant to our daily lives. It’s an album that one can still turn to in finding that hand of hope, that glimmer of light that the album has always offered to every single one of us in its most genuine heartfelt way. A chance to still believe……..in the promised land.

Why Springsteen’s Darkness On The Edge Of Town Was His Best Album article published on Classic RockHistory.com© 2021 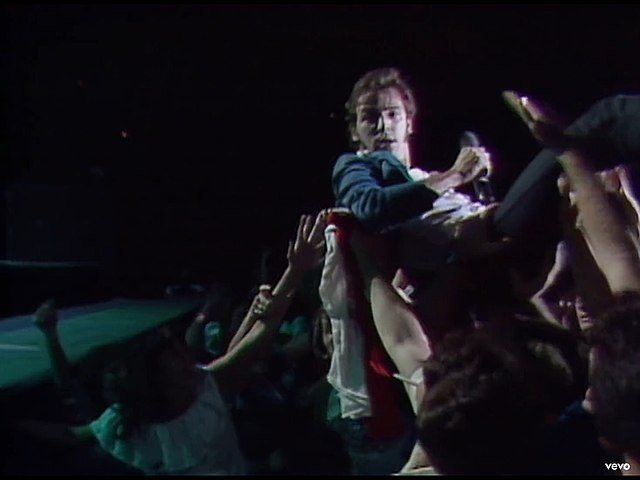