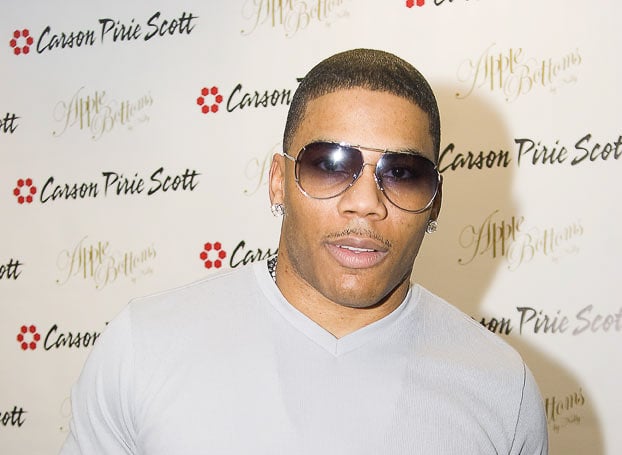 Cornell Iral Haynes Jr who goes by his stage name Nelly is an American singer, rapper, and songwriter. He was born on 2nd November 1974. His parents divorced when he was still young and moved with his mother to University City, Missouri. He grew up with interests from baseball to rap and formed his own musical group St Lunatics. He started his music career with St. Lunatics in 1993 and later signed for Universal Records in 1999.

While at Universal Records Nelly started his solo music career with his debut album known as Country Grammar in 2000. In this album the hit “Ride Wit Me” featured on the top ten hits. The album also peaked at position three on Billboard 200 and position one on the album chart. His first single ” Country Grammar” peaked at position 7 on the US Billboard Hot 100 chart. Again his second single “Ride Wit Me” featured at number three.

The following year Nelly together with St.Lunatics group released “Free City” their first album that was well received in the US. Nelly struck when the iron was still hot and released his second solo record “Nellyville” in 2002 a week after debuting at number one on the Billboard 200 chart. From there, Nelly’s music career went to the next level to becoming a legend. Below are his top ten hits.

This song is great to peak at number 10 on our top 10 Nelly songs. As expected, the track has a lot of baseball metaphors. This song is featured in the album “Country Grammar” and recorded for Universal Records. The song video starts with two baseball commentators introducing a game. In this track, Nelly sings standing on the baseball pitch and is later joined by Murphy Lee and Ali.

The track is about a crew that is making it to the “big leagues.” The song becomes a complete success with the appearance of Sherman Hemsley in the music video as a sports announcer and later dances with the St. Lunatics crew. The song peaked at position 76 on the US Billboard Hot R&B/Hip-Hop songs.

I would personally say there are hits and also, there are HITS. This song is outstanding and after its release on 27th March 2006, it was the talk in the cities. The track has a droning, evocative, bass-driven keyboard. The hit peaked number one on Hot 100

This is an unusual subject matter since Nelly is talking about his “Grillz.” These are cosmetic jewelry that are worn on the teeth and they are mostly platinum, gold, or diamond teeth caps. Expensive grills show that an artist mostly rappers can afford and they have “made it big”.

Typically, this is a strange song for a strange subject, but altogether, it has that star quality that ultimately makes it a success. The lyrics are humorous and playful when Jermaine is asking to “See his grill” and then Nelly is shocked ” You wanna see my what?”. The entire song will keep any fan or rather any listener entertained and smiling to the end. This track is the ultimate monster “HIT” from the most distinguished voices of the Hip-hop/R&B and rap world.

This song ” Ride Wit Me” is considered one of the most successful songs by Nelly. This is a complex anthem that incorporates both country, pop, and hip-hop. Its alluring guitar intro, as well as mellifluous soundscapes, are simple and this is the notable thing. The track is classic and showcases the heroism in Nelly. The song paved the way for other rappers who wished to widen their sounds.

Have you ever had the thought of bringing the party with you? This is what Nelly did in this track’s video from his debut album Country Grammar. The video features a huge block party. To clearly show what a hit this song was, it peaked at number three on Billboard’s Hot 100. In the music video, there are Impalas, Range Rovers, first-class seats, and all have been bought in cash. Nelly raps the killer lyrics, ” Making a living off my brain, instead of [cocaine] now/ I got the title from my mama, put the whip in my own name now/ Damn,.. done changed now/ Running credit checks with no shame now.” This song was destined to be a hit just as it is.

“Just a Dream” is incredible, it topped at number eight on Digital songs. The song is produced by Rico Love and Jim Jonsin. It is a mid tempo cross revolving between straight-forward rap and a pop ballad, all about missing the past love. The enticing chorus goes” I was thinking ’bout her, thinking ’bout me
Thinking ’bout us, what we gon’ be Opened my eyes, yeah, it was only just a dream.” It is accompanied by amazing guitar licks and heavy synths.

Just a Dream is thought to be about a relationship between Nelly and Ashanti. The song peaked at position 12 on US Billboard Hot 100 and number 38 on the Billboard’s top 40 chart. Nelly’s songs are mostly about clubbing, being hot, and looking for sexy girls, but this is completely different. It is all about sad sloppy love and losing someone you love, feeling the void to the extent of wondering what all this is about.

At number 6 is this song by Nelly featuring Ciara and Jermaine Dupri. In this track, Nelly narrates about repercussions of having his Air Jordans spoiled. The song is hyped when Dupri and Nelly are exchanging bars about their obsession with sneakers and then Ciara comes in and reminds everyone listening that even women are involved in the culture too.

One interesting thing about Nelly is that he is an experimental crooner which should inspire the upcoming generation to be more creative and adventurous. This song peaked at number 90 on the US Billboard Hot 100.

This track by Nelly is his single lead from his 7th studio album M.O released in 2013. The track features a vintage Porsche 356A that is convertible. There is a higher chance that you have heard a Nelly track if you went to a hip-hop club in the 2000s. Staying at the top and transforming dance moves to admirable cultural trends is not just a walk in the park but Nelly did this effortlessly. The killer lyrics, ” Come and let me slide under so I can work on you.” He tells his mistress/car over guitar strums with amazing beats that leave you re-energized. This song was great and even today, it leaves a mark whenever it is played. The song peaked at position 42 on the Billboard Hot 100 and also peaked on the top 10 charts in Uk, Ireland, Austria, and New Zealand.

At number 4 on our Nelly songs list is this stunning track “My Place” by Nelly featuring Jaheim. This is a lead single released on 30th August 2004 from his 4th studio album Suit. Nelly talks of inviting a girl to his place. The female vocals have been done by Kim Johnson. If you have listened or if you listen to this track, you will agree with me that Nelly and Jaheim have developed undeniable chemistry with melodic fluidity. Nelly’s level of romance in this track is on another level; a romance filled with persuasion.

If you watch the music video, Nelly’s girlfriend catches him with a girl and asks who she is. He tries to explain, but her girlfriend won’t understand and throws her chain at Nelly. Nelly picks it and carries it with him. He tries to reach her but she is reluctant. Later both realize how they miss each other and they finally meet, make up, and embrace. The song peaked at number 4 on the US Billboard Hot 100.

This song is really amazing and one worth listening to. This great artist from St Louis did an outstanding job and delivered what everyone was yearning for. This track is featured in Nelly’s second album Nellyville released on 16th April 2002 by Universal Records This is the first song by Nelly to top the list of US Billboard Hot 100 and is one of his most commendable songs.

The music video is set in a dance club and features Nelly and club-goers all shouting the chorus for the song “The Roof Is on Fire.” The opening lyrics for this song, ” I was like, good gracious… is bodacious” are to be remembered. The song peaked at number one on the US Billboard Hot Rap Songs, Us Mainstream Top 40, and US Hot Hip-Hop/R&B Songs.

At number two is this great song “Flap Your Wings”. This single by Nelly was released on 3rd July 2004 from his album Sweat. This is a perfect hit, credit to the Neptunes’ spare, its tribal beats as well as the perfect backdrop coming from Nelly’s Lighthearted sweet, and melodic flow.

The song’s video starts with Nelly in a car and rapper Ali is singing along to “Down In Da Water”. The song continues with Nelly rapping with many girls dancing around him. At the end of the track’s video, the exact scene at the start of the video for the song “My Place” is shown. This song received much applause from the audience and peaked at number 52 on US Billboard Hot 100 and position 18 on the US Hot Hip-Hop/R&B songs.

This song tops our list of the top 10 Nelly songs for many reasons and the major one is the numerous praise even from his haters and critics. Typically this song remains one of Nelly’s biggest hits. In this track, Nelly features Kelly Rowland. The song was released on 30th July 2002 as the third single from his album Nellyville. It was also the lead single from Kelly Rowland’s debut solo studio album “Simply Deep”

The song’s story is about two people who are trying to start a new relationship despite them being in an existing relationship. The song starts while people are moving into the neighborhood and a message on the screen reads “Welcome to Nellyville, USA.” Nelly is there sitting on his front porch and watches as Kelly gets out of the moving vehicle. They both smile at each other and that’s where the “Dilemma” starts.

This song is so nice and enjoyable to listen to. It peaked at position one on the US Billboard Hot 100 consecutively for 10 weeks after replacing “Hot in Herre”, still by Nelly. “Dilemma” also peaked number one in Australia, UK, and other European countries.

Nelly is a legendary songwriter, rapper, and singer. His music ruled the world in the 2000s and appeared at the top in the US Billboard Charts. His tone and music video selection are outstanding. Listening to the above songs by Nelly will leave you wanting more. Enjoy!!