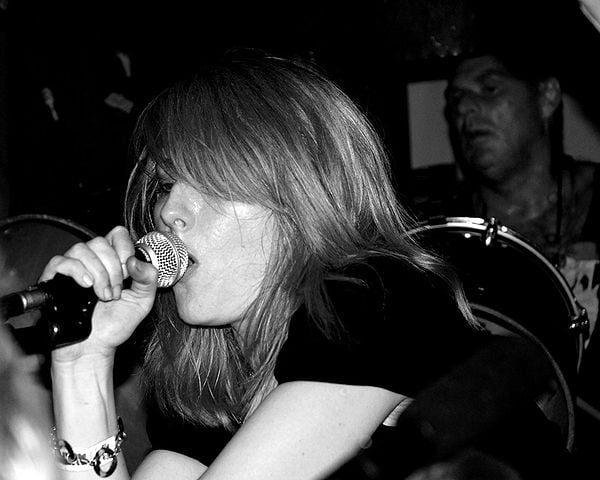 What started out as a derogatory term coined by the British press in the early 70’s, soon became a prestigious lexicon in the collective circle of musicians who would soon find inspiration and influence with this German-based sound. That term is “krautrock.” It was a reactionary movement to post-war Germany in the late 1960’s, where bands sought to rebuild and reinvent their culture by deconstructing what it meant to play rock and roll; as they were rejecting the conventions of the sound, they were still using that driving rhythm in their experimental approach. Everything from psychedelic rock, improvisational jazz, electronic, funk, avant-garde, and progressive rock encompassed the technicality of krautrock, but if there’s one thing that set each band apart from one another, it’s that they each had different musical visions in mind.

A group like Can was more into applying the avant-garde teachings of composer Karlheinz Stockhausen to their acid-funk chaos, while a group like Neu! retained a minimalist viewpoint within their proto-punk and noise rock leanings. But then there were groups like Cluster and Harmonia that would be early pioneers in the development of electronic and synth-pop. So there’s an expansive glossary of different music within the krautrock canon that can really open a listener up to new possibilities.

Krautrock is quite a fascinating subgenre that hasn’t lost its luster more than 40 years later. Krautrock is truly an exciting spacious form of rock music that really cross-pollinated an American and English approach to their German identity and culture.

The are hundreds of band that have come out of Europe that can wear the Krautrock label. Below is just a subjective list of ten of the most essential.

We open our 10 Essential Krautrock Bands list with an essential German rock band that helped formulate the Krautrock genre. The band Frumpy released four albums between 1970 and 1973. The band broke up after their fourth album but many members of the band continued to play an important role in the German Krautrock scene for many years after in various projects. Frumpy reunited in the 1990s and released three more albums before breaking up again in 1995.

We continue our 10 Essential Krautrock Bands list with one of the most famous German rock bands of all time. Before Ralf Hütter and Florian Schneider were reshaping electronic music, all the while influencing genres as disparate as synth, techno, EDM, hip hop, and post-punk, they were composing music within the krautrock dynamics. Their first three records, Kraftwerk

, and Ralph und Florian, while not as interesting or as revolutionary as Autobahn

Ash Ra Tempel first began as a traditional krautrock band with heavy emphasis on the cosmic and progressive rock leanings of the 1970’s, but while they carried that sound with them on standout records like Schwingungen

and their self-titled debut, they’ve also been labeled as one of the early progenitors of ambient music; this is evident on their 1976 classic New Age of Earth

, under the name “Ash Ra.” This is definitely a band to check out if you’re into ambient and new age music.

. You can interpret that quote any way you want, but the fact is that Harmonia’s sounds and textures were unlike anything being released at the time; it was rich and gooey ambient rock with a motorik (“Motor Skill” in German; a repetitive, 4/4 beat that’s conducive of the signature krautrock sound.) kick to it.

Their music is lo-fi extravagance that could feel at home in a fantasy-style video game, but it may not be for everybody; especially for those not that partial to out-of-left-field electronic music. Their 1975 album Deluxe, is their more accessible record, and arguably their best.

Continuing our 10 Essential Krautrock Bands list we turn to a band entitled Amon Düül II. If you’re into psych rock and extended jams, then this band will be right up your alley. They first started out as Amon Düül, a radical political art commune of Munich, naming themselves after the Egyptian Sun God Amon; eventually the more technically proficient musicians kicked the inexperienced ones out and formed Amon Düül II. With their 1969 debut, “Phallus Dei (Latin for “God’s Penis.”),” they created a landmark album of the krautrock genre; complete with abstract, free jazz-esque instrumentation; most notably with the 20 minute song of the aforementioned name.

As they released other great albums, like 1970’s “Yeti” and 1971’s “Tanz der Lemminge,”their musicality and songwriting got progressively tighter and more adventurous. Amon Düül II is definitely one of the more overlooked bands of the late sixties psych rock scene, and one of the godfathers of krautrock.i. The band continued to release albums on a continuous basis until 1981 when they broke up.

Popol Vuh are the more ethereal bands in the krautrock family. Their work commands your undivided attention, with enough elongated jam-style instrumentation to keep things interesting; but they don’t do it for show like a lot of the other groups like Amon Düül II. Popol Vuh’s critically acclaimed opuses, In den Gärten Pharaos and Hosianna Mantra, are a vivid summation of their transcendental, and at times, eerie, euphony; the music can be a deeply meditative experience, but it can also open up darker portals in the human consciousness.

But their best work is the music scores they provided for revered film director Werner Herzog. Those films were Aguirre, the Wrath of God, Nosferatu the Vampyre, Fitzcarraldo, Cobra Verde, Heart of Glass and The Enigma of Kaspar Hauser. And while you should listen to all of them, do give the Aguirre and Nosferatu

albums a listen first; they’re absolutely gorgeous scores that give you a microcosm of Popol Vuh’s otherworldly genius.

Hans-Joachim Roedelius and Dieter Moebius, the co-founders of Cluster, were also the creative minds behind the supergroup Harmonia; as well as Michael Rother of Neu! and Kraftwerk fame. But before they were hanging out in their spare time creating essential electronic/ambient records as Harmonia, they were breaking new ground with their 1971 self-titled debut; they melded an unsettling combination of avant-garde/proto-industrial/kosmische, before gravitating to more electronic noise on their second album, Cluster 2, and their magnum opus, Zuckerzeit.

Zuckerzeit is quite a fun record; it’s accessible, easy to dance to, but still weird enough that it ventures off into avant-pop territory. There’s just something so sugary sweet about the album’s bouncy and floating electronics; one could even envision the embryo of Hip Hop beats lingering in this album, along with Harmonia’s.

If there’s one band besides the next two on this list that really exemplified the “krautrock” sound, as offensive of a term as that once was, and still probably is, it would have to be Faust; hell, they have a song titled “Krautrock (A vibrantly chaotic drone of discordant distortion under placid backdrop of motorik rhythm.).” While their self-titled debut album was more experimental, it was their 1972 album Faust So Far

, that put them in the temple of well-respected krautrock forefathers.

Those albums, well, mainly Faust IV, offer an anomalous dichotomy of excruciating noise and psychedelic pop that teeters on sonic insanity and airy peculiarity. Simply put: find those records and play them, because they’re some of the greatest of the 1970’s; much like the albums of the next top two bands mentioned here.

After their brief stint in Kraftwerk, Klaus Dinger and Michael Rother formed Neu! in 1971. And even though they didn’t last very long, with only three albums to their name (no pun intended…or maybe.), their influence is longstanding in all areas of rock music. Their ocean of experimental noise and feedback on their self-titled debut pretty much predates the noise rock/no wave/grunge bands of the 80’s and 90’s. But then there’s their final album, Neu! ’75, which has influenced everybody from David Bowie (His 1977 opus”Heroes” was directly inspired by the krautrock of Neu!, Cluster, Kraftwerk, and Harmonia. Plus, he even asked Rother to come down to the studio him and Brian Eno were at to play with them. He declined; a decision that probably haunts him to this day.) to John Lydon of The Sex Pistols and Public Image Ltd.

Can is a band that was formed in Cologne, Germany in 1968. They are one of the most influential rock bands to come out of Germany during the classic rock era. Their musical influences have crossed all musical genres especially those of the progressive rock nature.

Can have been through many different line-up changes throughout their career, but nothing beats their 1971-1973 “golden period” with vocalist Damo Suzuki. Here, they were pumping out wildly experimental, infectiously groovy, and forward-thinking albums like Tago Mago, Ege Bamyasi, and Future Days. And while Tago Mago is their most important and profound masterpiece, the other two are just as significant; especially Ege Bamyasi, their best introductory album for those looking to get into Can’s music, and a shining example of their monolithic avant-garde funk mechanics.