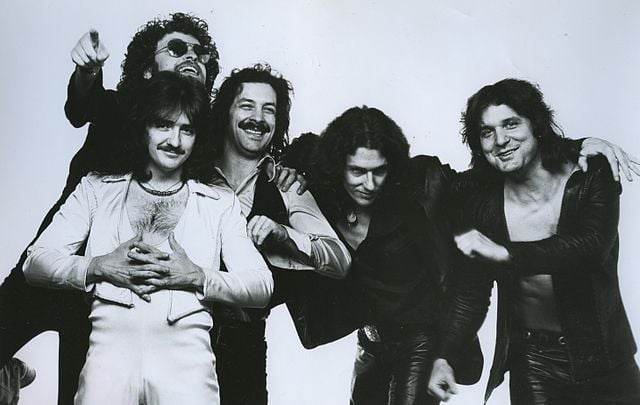 When is a debut album not a debut album? In the case of almost all rock artists, which album was their first, or debut album, is an undisputed fact. However, in the instance of a few artists (including, it turns out, the biggest one of all time), the determination of which album was their “first” is a bit more ambiguous. The can be for a variety of reasons: A record which never circulated beyond an artists’ native country, a very early failed release which quickly disappeared, or a record that they made when they were younger that everyone decides “doesn’t count.” Here are nine artists whose early work inadvertently ends up giving their fans fodder for their own chicken-or-egg debates.

After gaining the attention of the English-speaking world as part of alternative band the Sugarcubes, eclectic songstress Bjork (Guomundsdottir) launched her successful solo career in 1993. Despite the title, Debut was in fact not Bjork’s first-ever solo release: she had recorded an album in her native Iceland sixteen years earlier, when she was eleven years old. That album, Bjork, included covers of the Beatles and Stevie Wonder sung in Icelandic, as well as several originals (including one which she wrote). However, Bjork had a limited pressing of 7000 copies and was never officially released outside of Iceland.

In 1995, Stockbridge, Georgia rockers Collective Soul saw the release of their official full-length record, Hints, Allegations and Things Left Unsaid. However, as the title would suggest, there was a bit more to the story: the album is actually comprised of recordings made by the lead singer, multi-instrumentalist and songwriter Ed Roland – plus session musicians – intended as strictly demos. Still, after signed to Atlantic Records, the label insisted on releasing the tracks as an “official” Collective Soul album.

Roland was the only member of what would become the band’s permanent line-up to play on the album (even though they’re all credited on it), and thus even though it would eventually sell two million copies and spawn their first hit (“Shine”), the band openly does not consider Hints to be Collective Soul’s actual debut album, a distinction they reserve for the follow-up release (which, as if to drive the point home, they titled Collective Soul).

In 1983, unique British new wave duo Eurythmics (Annie Lennox and Dave Stewart) seemingly came out of nowhere with their album Sweet Dreams (Are Made of This) and the title track, an international smash which went to number one in the U.S. Although this had in fact been their American debut, the group had put out another full-length album two years earlier, In the Garden. It was more like a secret garden, since that album didn’t chart in a single country and remained available only as an import (if at all) in the U.S. even after the duo achieved success over here.

Long Island hard rockers Blue Oyster Cult released their self-titled debut album in 1972. But before signing with Columbia Records – with whom they would remain through the Eighties – the band recorded an album for a different major label, Elektra. However, Elektra not only refused to release the album but also dropped the band, for reasons which seemingly remain unknown to this day. This work would eventually see commercial release more than three decades later as St. Cecelia: The Elektra Recordings, which was also credited to the Stalk-Forrest Group, the name which Blue Oyster Cult was going by at the time (and which two generations of BOC fans are no doubt grateful that they changed).

Following the breakup of the Beatles, John Lennon put his first solo album, Plastic Ono Band, in 1970. But Lennon actually had three full-length releases (outside of the Beatles) prior to this, although since all of those were credited as “John Lennon and Yoko Ono,” they can’t really be called “solo albums.” Actually, it’s hard to know what to call them, period… The three records, Unfinished Music: Two Virgins No. 1: Two Virgins (1968), Unfinished Music No. 2: Life with the Lions and The Wedding Album (both 1969) between them contained very few actual songs, and were otherwise mostly just experimental noise (the track “John & Yoko,” for example, takes up an entire album side and consists entirely of each saying the other’s name over and over).

Although Lennon with the Beatles continued to top the charts during this period, the highest positon reached in Billboard for any of these early John and Yoko albums was #124 for the first release (and that was probably due to the instant notoriety of the cover photograph, in which the two appear fully nude). Luckily, Lennon on his own did eventually get back to actual music, and subsequently Plastic Ono Band  is considered by many to be the best Beatles solo album.

In 1995 Alanis Morrisette made an immediate impact with her album Jagged Little Pill and the edgy first single “You Oughta Know.” Though touted as a new artist, she had actually already put out two albums – Alanis and Now is the Time – in her native Canada. Her new fans were no doubt surprised to find out that these earlier releases had been dance-pop records in the vein of New Kids on the Block, with Alanis Morrisette herself (then being billed as just Alanis) dancing and smiling through the videos as a big-haired pop diva a la Madonna (or maybe Debbie Gibson).

Alanis Morrisette’s new sound and image were a 360-degree turn from her previous incarnation (to say the least), so there was understandable concern that the cynical Nineties generation might view her as a poseur who was  jumping on the post-Nirvana angst bandwagon. Her label did their best to pretend these earlier albums never existed, even if keeping them a complete secret would have been impossible (especially since they’d done well in Canada). When inevitably confronted about the whole thing, Morrisette herself simply implied  that both phases of her music career – regardless of how varied – represented the place that she was at as an artist at the time. Jagged Little Pill would eventually sell sixteen million copies in the U.S., so people apparently accepted that explanation (or never actually cared to begin with).

Trespass (1970) is typically thought of as the debut album from Genesis. However, a year earlier the band had another full-length studio release, From Genesis to Revelation. The album didn’t chart, and apparently part of the failure was attributed to retailers who, going only by the title, inadvertently stocked it in their religious music sections (hello, Spinal Tap?). Revelation nearly proved to be an appropriate title, since it could have been the end of Genesis: they briefly split up after the album instantly fell by the wayside, but fortunately not long after signed with a new label and resumed their journey towards rock superstardom.

Genesis’ eventual worldwide success naturally renewed demand for this earliest material, which over the years would be released on a handful of labels with varying cover artwork and even different titles, including In the Beginning, And the Word Was…  and When the Sweet Turns to Sour (the confusion created by this is probably why the album is often omitted from band’s discography proper, and why Trespass is considered their debut album by default).

The average length of the songs from this period is under four minutes, so prog purists who later criticized the band’s gradual move towards shorter songs might have been surprised to learn that that was actually how Genesis started out. Otherwise, the tracks – all noticeably underproduced and none particularly distinct – are probably only of interest to the most devoted Genesis (or Peter Gabriel) fans.

Starting with the title, Piano Man (1973) was the perfect introduction to the Billy Joel, and thus has largely come to be regarded as his debut album. However, most Joel fans (and there are many) are well aware of Cold Spring Harbor, released two years earlier. The album featured the image of a long-haired, mustached Joel (a bit of a contrast from the look he’s maintain for most of his recording career) and was mostly just piano and vocals.

The album was originally – supposedly by mistake – mastered at too fast a speed, which Joel would later famously describing as sounding like the Chipmunks. This all caused Joel to switched record labels, and because of the predictably complex rights issued involved, Cold Spring Harbor became very difficult for Joel fans to find for many years, despite his becoming a multi-platinum superstar in the late Seventies and even after a live version of a song from the album (“She’s Got a Way”) went to #23 in 1982.

In 1983 Cold Spring Harbor was finally mastered “correctly” (as well as being enhanced by studio players) and re-released, and ended up becoming a permanent part of Joel’s regular album discography (even though Joel supposedly still maintains that the final product was is not what it was originally intended to be).

Meet the Beatles or Introducing… The Beatles? This was the quandary that record buyers were faced with at the height of Beatlemania in early 1964, when two separate full-length releases – comprised of entirely different tracks – vied to present America with the better crash course on the Fab Four. Although the cover of Meet the Beatles states that it’s “The First Album by England’s Phenomenal Pop Combo” in plain, uh, English, Introducing… The Beatles was actually released ten days earlier. However, Meet the Beatles charted first. Confused yet? (If not, try this: Introducing was actually a repackaging of the band’s British debut album, Please Please Me, which had come out nearly a year earlier).

Meet the Beatles was the Beatles first release under their American deal with Capitol Records. However, competing label Vee-Jay ended up with the rights to some of the group’s earliest recordings (which at the time was a license to print money that no one was planning to just sit on). Between the two albums it’s probably safe to say Meet the Beatles ultimately had the greater impact: the photo on the cover by Robert Freeman, featuring the half-shadowed faces of the John, Paul, George and Ringo, immediately told the world that this was something different and daring (Introduction, by contrast, used a routine publicity shot which made the group look like just another clean-cut Four Seasons wannabe). But in the end, most American fans didn’t choose between the two albums… The simply bought both, as they would’ve bought another ten simultaneous releases had they been available. 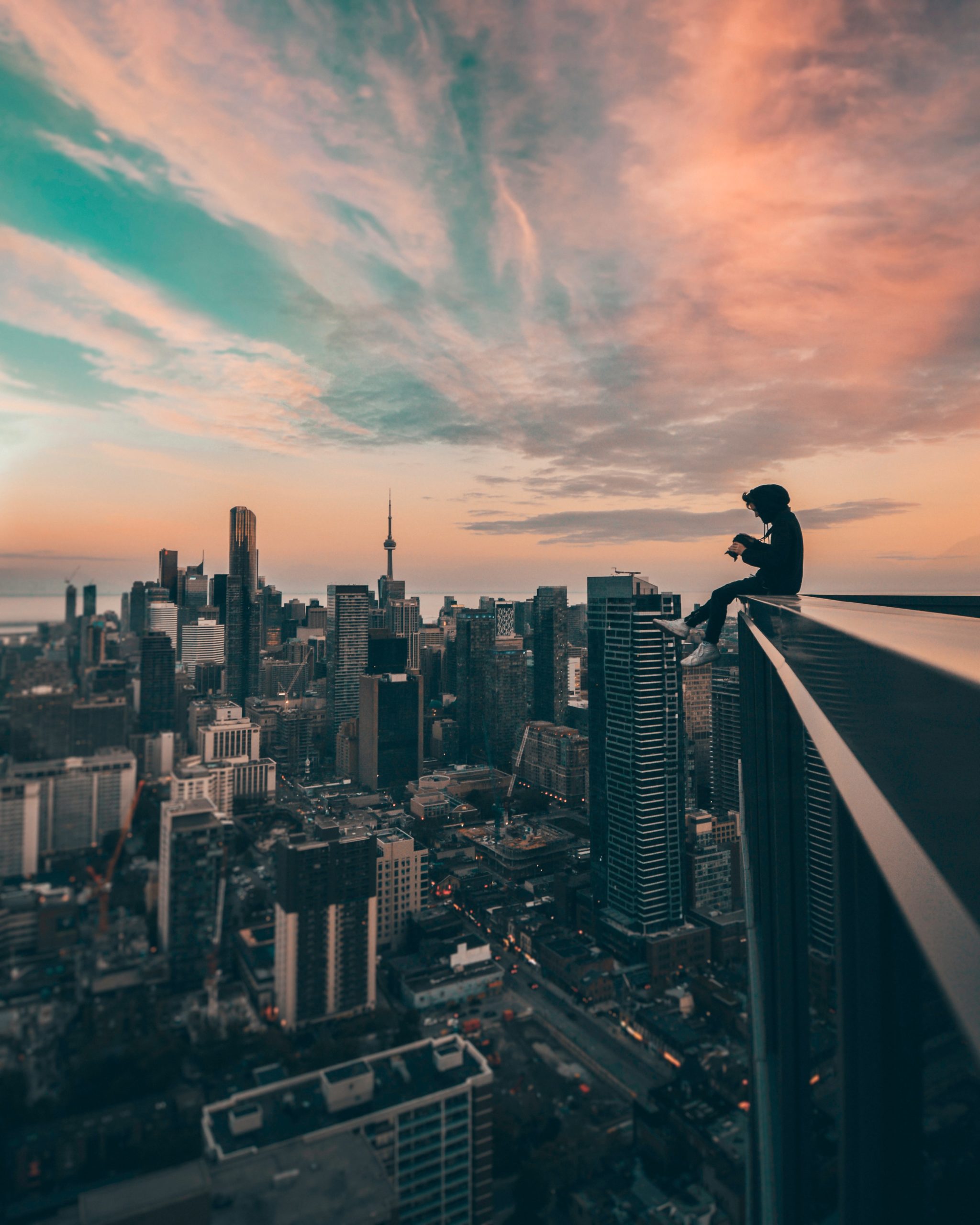