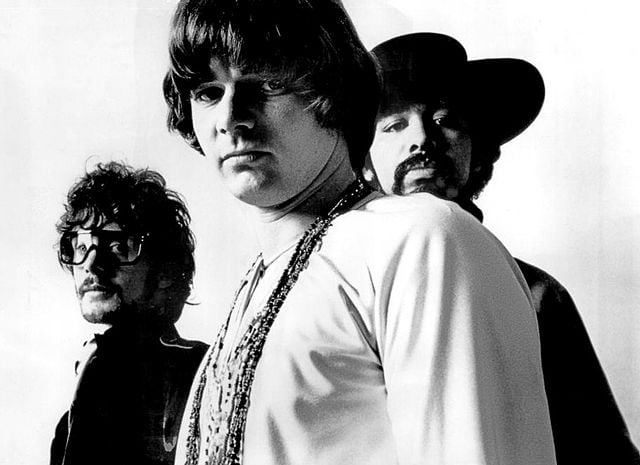 In 1976, Steve Miller released his most successful album of his career. The LP entitled Fly Like An Eagle spawned hit after hit making Steve Miller a household name. The follow up LP Book of Dreams which had been recorded during the same Fly Like An Eagle sessions continued Miller’s success. For many fans who first discovered Steve Miller via songs like “Take the Money and Run,” and “Jet Airliner,” they had no idea that Steve Miller’ previous work had been bathed in British blues style guitar solos and American Southern Blues vocal ideas.

The single “Wide River,” is really the last great Steve Miller penned song to be officially released. After the release of the Wide River

album, Steve Miller did not release another album until 2010’s Bingo which contained no original Steve Miller Band Songs. “Wide River’s” great strumming guitar groove wrapped beautifully around that smooth Steve Miller vocal that had been a hallmark of so many of the great Steve Miller songs recorded throughout his career.

For many people, this might possibly be the hidden gem on this list. Steve Miller and Paul McCartney jamming heavily together on one raucous rock and roll blues track. The song “My Dark Hour,” closes out Steve Miller’s 1969 Brave New World

One of the most unique sounding Steve Miller Band songs of his career. Never before had Steve Miller featured a saxophone and the use of ninth chords in his writing and recording. Just a great song of pure substance that was well received on FM radio. The song was released on his 1986 Living in the 20th Century album.

Can there ever be a more perfect rock and roll pop song than “Rock’n Me” Killer guitar opening riff that segue-ways into one memorable strumming guitar line. Simply perfect. Released on one of the greatest rock and roll records ever recorded. It was the second track on side two of the Fly Like an Eagle

LP. Right after “Take the Money and Run.” One helluva one two punch!

“Jungle Love,” was the second single released from the Book of Dreams LP. This was one of those Steve Miller songs that became a huge fan favorite. It was not the most successful single from the record, but it was well received and still a big hit. This was just one of those smack you in your face songs that hit you hard. Great guitar and vocals with ridiculous lyrics. That’s Rock and Roll!

The classic Steve Miller Band Song “Jet Airliner,” was the first single from the Book of Dreams

LP. We would like to say that Book of Dreams

album. However, the wait was not long enough to drive the anticipation. Before you knew it, the album was out. It’s amazing how quickly artists released albums in the 1970’s. “Jet Airliner,” was just another one of those perfect pop rock songs that in the end make it pretty much impossible to define why.

Continuing with our Top 10 Steve Miller Band songs list we turn to the wonderful Steve Miller song “Living In The U.S.A.” This great song was released on 1968 on the Sailor

LP which was the Steve Miller Band’s second LP. Although the song was popular in the late 1960’s, it truly gained a resurgence on FM rock radio in the late 1970’s due to the success of the Fly Like a Eagle

When this song was released in 1974, I had never heard of Steve Miller. I was only in seventh grade at the time. However, the song was a huge hit on AM radio. It was played all the time on the radio. Everybody sang it all the time as the lyrics became a part of culture. Funny how the other song that was played constantly on AM radio along with “The Joker,” was Ray Steven’s “The Streak.” Those were the days!

The opening track to the Steve Miller Band’s best album Fly Like An Eagle remains one of his greatest moments on record. “Fly Like an Eagle,” featured a sound that was unique. It was the perfect compliment to the more in your face pop rock songs that were featured on the album. The album’s space intro set up the iconic guitar lines that introduced to many for the first time the sound of a Steve Miller Band album.

We close out our top 10 Steve Miller Band songs list with the iconic rock song “Take the Money and Run.” Although Steve Miller had been recording and releasing albums for almost ten years before the release of Fly Like An Eagle, it was the release of the single “Take the Money and Run,” that catapulted Steve Miller into becoming an international rock and roll star on a scale he probably never had imagined possible. And rightfully so, because “Take The Money and Run,” was a brilliant pop masterpiece. As enticing the pop grooves of the song were for the general public, there was also a great deal of depth to the song.

Elements of the blues and virtuoso playing gave the song great definition. Steve Miller’s penchant for sweet sounding hooks bridled alongside his blues pedigree resulted in a sound that became legendary and unbelievably commercially successful. More than any other Steve Miller band song, “Take the Money and Run,” represented that completely unique formula that we all fell in love with.