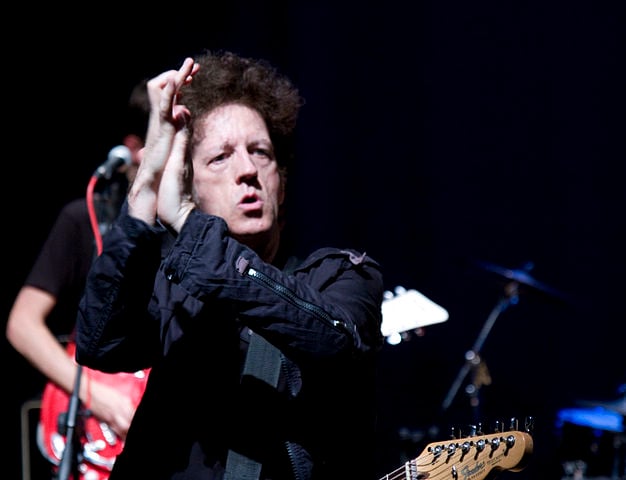 Willie Nile is one of those rock and roll stars that’s best friends with everyone. If you ever met him you would understand why. A super nice guy who despite being hailed as the new Bob Dylan many years ago (the kiss of death for most artists) doesn’t seem to have a touch of ego surrounding him in the least bit. The modesty that he wears has also served him well as a songwriter. Willie Nile has released thirteen studio albums over a forty year rock and roll career. Interestingly, nine of those albums were released in the last twenty years. Willie Nile’s debut album was released in 1980 entitled Willie Nile. His second album was released a year later called Golden Down. Both albums garnered considerable praise from esteemed rock journalists.

Willie Nile would not release another album for at least a decade as his third album was released in 1991 entitled Places I Have Never Been. Willie Nile would only release two albums during the 1990s as his second album of the 90s was released at the end of the decade in 1999 entitled Beautiful Wreck of the World.

The 2000s would see the emergence of a Willie Nile that would quadruple his recorded output over the next 20 years. Sparked by his appearances on stage with some of the legends of rock and roll including a very special performance with Bruce Springsteen at Giants Stadium, Willie Nile began turning out fabulous rock and roll albums filled with incredibly well written songs of depth and pure joy to listen too. As the 21st century moved along, it seemed Willie Nile continued to intensify his release schedule of albums to a point in which he was releasing a new record almost every year in the 2010s.

With an artist such as Willie Nile that has generated such an incredible body of work, it becomes very difficult to just choose just ten songs to present in a best off article. Nonetheless, that’s what we do here because our mission is to turn people on to music they might not know as well as celebrate songs that the loyal fans are well aware off. So here we go in presenting what we believe are ten of the best Willie Nile songs.

Continuing on with our Willie Nile songs list we figured we might as well just head right on over to Willie Nile’s next album release entitled Golden Down. The album was released in 1981. The song presented here entitled “Poor Boy,” was the album’s opening track. There is definitely a Bruce Springsteen vibe on this one especially in the song’s introduction. Just a great rock and roll tune fueled by great lyrics and playing and singing by Willie Nile and his band. Paul Shaffer who we all know as the leader of the former Dave Letterman band makes a guest appearance on keyboards on many of the album’s tracks including this one.

Willie Nile may be the artist who has written more songs about New York than anyone else. In this great song, Willie Nile utilized the classic blues changes in a swinging rock and roll tribute to his hometown of New York City on this great 2020 recording. Willie Nile makes sures to mention all the boroughs and all the sports teams in one verse. Everyone actually gets a mention in this one. Thanks Willie, New York loves you right back!

Willie Nile is one of those rock and roll artists that everyone wants to play and record with. Like I said before, he is a super nice guy who is just very cool to hang out with. In the number seven spot on our Willie Nile songs list, we present the title track to his 1991 album Places I Have Never Been. This is another powerful rock and roll song fueled by great cinematic lyrics setting up the story and delivering big time.Roger McGuinn  of The Byrds performs on the album with Willie Nile. Other great musicians appearing on this fabulous album were Eric Bazilian and Rob Hyman  of The Hooters, Robbie McIntosh who played with The Pretenders and Paul McCartney and the great T-Bone Wolk of the Hall & Oates band.

If this one doesn’t grab you instantly then you better find another pair of rock and roll shoes. “God Laughs,” is a real fun song that’s just so brilliantly written. It sort of seems to maybe be the sequel to Joan Osborne’s “One of Us,” as this was co-written with Eric Brazilian who also co wrote that great Joan Osborne hit. The song “God Laughs,” was released on Willie Nile’s brilliant 2013 album American Ride.

Now if we could only get the entire country to takes a listen to this song and come to a realization that we are all Americans living together despite our differences, maybe we can all just chill out for a while. A song like “American Ride,” is the ultimate anthem for living as good decent people and enjoying the beauty of this country despite our geographical and political differences. Thanks Willie for this great song that has the power of a Woody Guthrie lyric in many ways.

Once again, we return to Willie Nile’s debut album released in 1980 entitled Willie Nile. In the number three spot we present one of Willie Nile’s most famous songs entuited “Vagabond Moon.” This is one that always gets requested at his shows from his old time fans.

There have been many songs written about the city of New York by songwriters who never even stepped foot in our great city. (This writer was born in Manhattan and raised in the Bronx) But there’s nothing more genuine than a song about New York, especially the streets of New York than when its written by one of New York’s own, and that my friends is Mr. Willie Nile. New York has been home to many legends who have done it well when writing about New York City. Artists such as Lou Reed, The Ramones and so forth all had that genuine sensibility to their songs about New York City. In the song “Streets Of New York,” Willie Nile nails it down perfectly. You can hear the dirt, the pain, the beauty, the excitement, the romance and the hope all in his voice and that wonderful piano track. Such a brilliant work of art from a guy that knows New York City.

This one is going to blow your mind. Willie Nile and his band simply tear it up big time with this spectacular sounding song entitled “Blood On Your Hands.” The song was just released a few weeks ago on June 7th 2021 as Willie Nile celebrates his 73rd birthday. The song features a vocal appearance by the legendary Steve Earle. This is a song that is clearly inspired by oppressive governments around the world and other forms of injustice. Its heavy, it rocks hard, and its Willie Nile at his best as both a songwriter and performer. The song will be included on his newest album being released in August of 2021 entitled The Day the Earth Stood Still.

As a big time Willie Nile fan, I loved this song the first time I heard it and I have always thought it was one of the best written rock and roll songs in the past twenty years. The song was released in 2009 on Willie Nile’s album entitled also House of a Thousand Guitars. As great as it sounds here, one must hear and see Willie Nile perform this song because he simply brings the house down every time he performs it.  I was surprised that Bruce Springsteen released a song of the same name recently on his new album. It’s a completely different song. I wonder if Bruce Springsteen who is a good friend of Willie Nile was trying to turn people onto Willie by having them search for his song and finding Willie Nile’s instead and then being completely blown away by Mr. Willie Nile. Because that is exactly what will happen when people discover Willie Nile for the first time. True greatness! 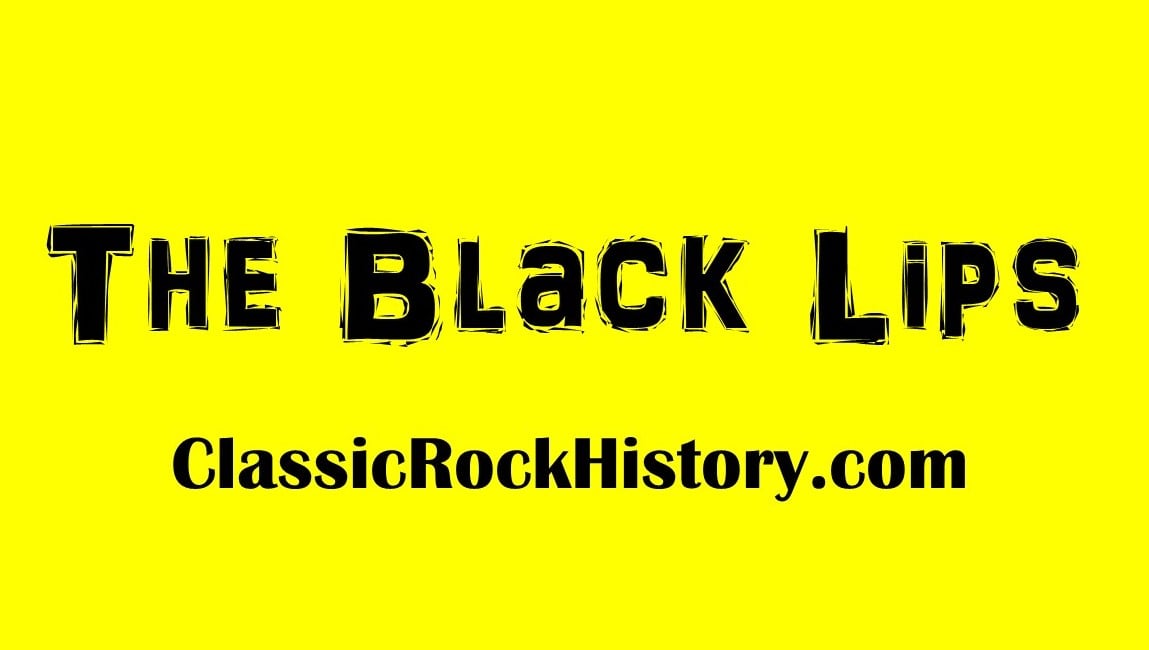 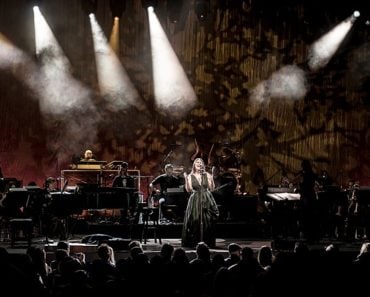 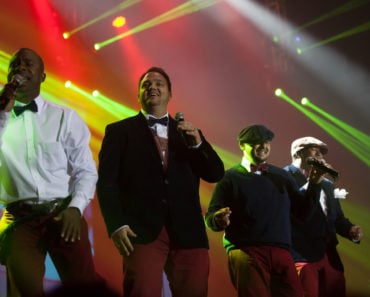 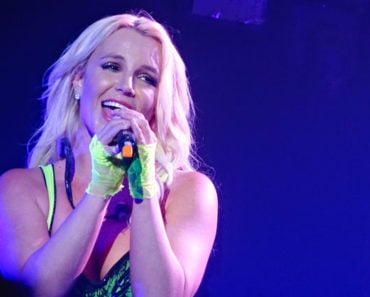 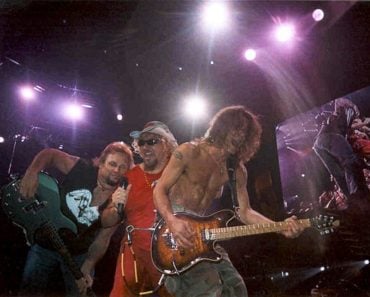