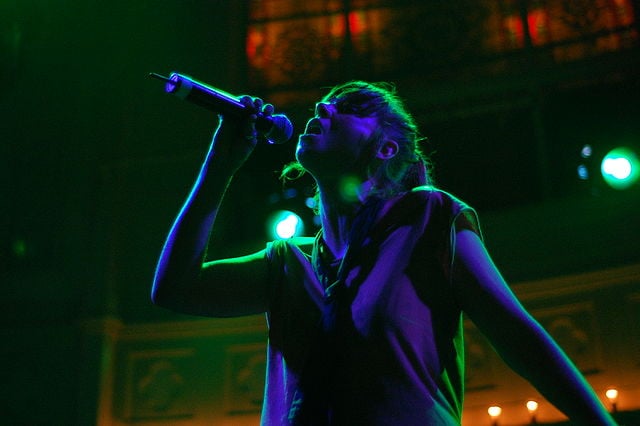 Our Top 10 Cat Power songs takes a look at a great musical artist from the State of Georgia who burst onto the music scene in the early 1990s. The artist who took a name of Cat Power is also known as Charlene Maria Marshall or Chan Marshall. Cat Power got her start opening for Liz Phair in the early 90s. In 1995, Cat Power signed a record deal and released their first studio album on Ranch records. The album was quickly embraced by music critics even receiving a review in Rolling Stone magazine. With publicity such as that, Cat Power had established herself as an artist to be on the lookout for. Cat Power followed up her debut album the following year in 1996 with the record Myra Lee. That same year 1996, Cat Power also released the album What Would The Community Think. Her fourth album was released two years later in the fall of 1998 entitled Moon Pix.

In the year 2000, Cat Power returned with an album entirely of cover songs simply called The Covers Record. It would be three years before Cat Power released a new album which was issued in 2003 and entitled You Are Free and stood as her sixth studio album. Three more years would go by before Cat Power returned with another album this time and called The Greatest. The next album was recorded a little bit quicker and released only two years later called Jukebox. The longest stretch of time between albums would occur between Cat Power’s 8th and 9th studio albums when Cat Power released the album Sun in 2012. Her most recent album as of this writing in 2021 was released in 2018 entitled Wanderer.

As one could see Cat Power has been a busy musical artist. She has released a lot of material giving her fans 10 wonderful albums to enjoy. Our top 10 Cat Power songs ranked list attempts to take 10 of those albums and pick our 10 favorite songs. Not an easy task to do, but that’s what we do here classicrockhistory.com. Cat power’s never been an artist to do well commercially as none of her singles with the exception of one have ever charted on the US music charts.

We open up our top 10 Cat Power songs list with a track from her most recent album entitled Wanderer. Standing here in the number 10 spot was the third single released from the album entitled “Stay.” The single was released on September 18th 2018 about three months after the record was released. Listen to that beautiful piano opening as it presents the enchanting voice of Cat Power. There was no better way to open this top 10 Cat Power songs list than with this beautiful song entitled “Stay.” She has come a long way since her first album. The 2018 album Wanderer is just phenomenal.

Continuing with our Cat Power songs list we present the great recording of the song “Blue.” This was a cover of the classic Joni Mitchell song which was also the title of Joni Mitchell’s legendary album Blue. Cat Power recorded this song for her album Jukebox. The album was released on January 22nd 2008. “Blue,” closed out the album in most mesmerizing fashion.

This slow celtic sounding song entitled “Werewolf,’ was released on the You Are Free album. There is definitely a hunting  song which was written by Michael Hurley. Absolutely one of my favorite songs on the record. This was an album that also featured some big-time names in the music business such as Eddie Vedder of Pearl Jam and Dave Grohl of Nirvana and the Foo Fighters. “Werewolf,” is a song that must not be missed.

The Cat Power song “Lived In Bars,” was released on the album The Greatest. This was Cat Power’s first album to break into the US Billboard top 200 Top 40 charts peaking at number 34. It’s also her first album to break big time in Europe where it’s sold over a hundred thousand copies and broke onto the music charts in almost every country making her a big star on the Eastern side of the Atlantic. This great song starts out has a slow ballad and then breaks into a sort of mid-tempo groove reminiscent of what Jackson Browne did with the song “Stay,” many years ago on the Running on Empty album.

At number six on a Cat Power songs list is a slow-moving ballad entitled “Metal Heart.” The song was released on the Moon Pix album. One can hear so many different musical influences in this songs. There is a little bit of Neil Young hiding underneath if you just listen closely. “Metal Heart,” was never released as a single but it stands as a big-time fan favorite. Ask any Cat Power fan to name one of their favorite Cat Power songs and this one will always come up.

On the halfway point of our Cat Power songs list is the great Cat Power cover of the classic song “Sea of Love.” The song  was originally written by Philip Baptiste and recorded under his stage name Phil Phillips back in 1959. Many Led Zeppelin fans are familiar with the tune as Robert Plant recorded a great version of the song with his band the Honeydrippers in 1984. Cat Power makes it her own on this great recording she released on her covers album.

Songs like “Colors And The kids,” are why we love Cat Power so much. This is a simple song utilizing only two chords but it’s the intensity and pure emotion that Cat Power puts into it in over the six and a half minute journey. The song was released on the Moon Pix album. The album was released in September of 1998. This is the first album to break on to any music charts where it hit number 163 in the country of France. It also sold 63000 copies in the United States making it the biggest selling album she had in the 1990s.

At the number three position on a Cat Power songs list is the great track “Manhattan.” The song was released on Cat Power’s album entitled Son. The album hit number 10 on the US Billboard Top 200 albums charts making it the highest charting album of her career. This is a sad song that looks back at the loss of friends over time. It’s done with drum machines and electronic instruments. However the song’s heart and soul is so clearly defined through the emotional vocal of the brilliant Cat Power.

As we start to come to a close on our Cat Power songs list, we turn to a great song from the album What Would The Community Think entitled “Nude As The News.” The album was released in 1996. It was Cat Power’s third studio album. She had not yet broken to any of the music charts around the world but she was definitely on her way. This is an extremely powerful emotional song that has to do with a personal issue related to Cat Power.

We close out our top 10 Cat Power songs list with the great recording of the song “Woman.” This is the only song released by Cat Power to have charted on the U.S. Billboard Adult Alternative AirPlay charts, whatever that means. The song also featured the Young music star Lana Del Rey. Such a great song with an alternative country feel, wonderful lyrics and a tantalising lead vocal by Cat Power. The song was released on the 2018 album entitled Wanderer.