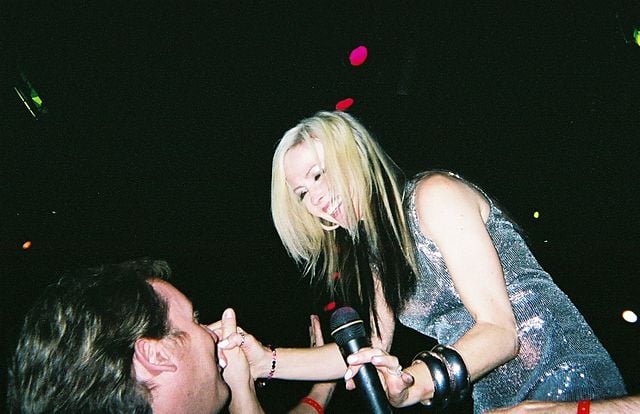 Our Berlin albums ranked article takes a look at a great new wave band formed in the United States on the West Coast in Los Angeles back in the late 70s. The band Berlin was formed by John Crawford, Dan Van Patten, Chris Ruiz Fusco and Ty Cobbs. This lineup did not last too long. Toni Childs came in and replaced Ty Cobbs as the lead singer. Eventually, the band would find a new singer when Terri Nunn answered an advertisement the group  placed in a paper looking for a new singer. And the rest is history. After some struggles early on and Terri Nunn leaving the band for a while, she returned to the group in 1980 as they signed to Enigma Records. The group released a single entitled “Tell Me,” backed with the song “Metro.” To the group’s surprise the single was quite a success. This encouraged Berlin to go into the studio and record an EP called The Pleasure Principle for less than $3,000. On the EP was a song entitled “Sex(I’m A..)” The song helped the group develop a quick loyal following. The single got a lot of attention and the band found themselves being offered a major label deal with Geffen Records.

In 1984, Berlin released their second album entitled Love Life. The group would then release one more album entitled Count Three and Pray. The album would feature the band’s breakthrough song and only number one single entitled “Take My Breath Away.” The song would appear on the Top Gun soundtrack giving Berlin worldwide fame. The .

Terri Nunn would reform Berlin in the 1990s with a new set of musicians which didn’t really sit well with the original members. Terri Nunn had obtained the rights to the Berlin name and so off she went releasing a new series of Berlin albums starting with Voyeur in 2002, 4Play in 2005, and Animal in 2013. In 2019, Terri Nunn and co founding members of Berlin John Crawford and Dave Diamond reunited for the first time since the band broke up and released a new album entitled Transcendence.

Information is the first Berlin album released. The album was released in 1980. However the album did not feature Terri Nunn on lead vocals. The vocals were performed by Virginia Macolino. Good luck trying to find a copy of this one.

The Berlin Voyeur album was released in 2002. This is the first Berlin album to feature the new musicians that made up Berlin including Mitchell Sigman on keyboards, guitars, bass and vocals, Dallan Baumgarten on guitars, Chris Olivas  on drums and Linda Dalziel on vocals. Standout tracks on the album included the great song “Blink Of An Eye,” and our favorite song from the record “Shiny.”

Animal was the most recent Berlin album released up until the new one Transcendence in 2019. The Animal album was released in 2013. On the  album Terri Nunn goes for a very modern sound that was popular at the time in which she sounds like a cross between Kylie Minogue and Katy Perry. Yet, she pulls it off in her own unique Terri Nunn way.

In 2019, Terri Nunn reunited with Dave Diamond and John Crawford and released a new Berlin album entitled Transcendence. We never thought we would see a new Berlin again with these three co-founding members. The results were spectacular. This sounds like early Berlin done with a modern feel. Simply a great album!

Count Three & Pray was the final Berlin album before the group broke up. The album was released in 1986. This was a really good album that included the single “Take My Breath Away,” which hit number one on the US Billboard top 100. Three more singles were released from the album included Like Flames, You Don’t Know and Pink and Velvet. However, our favorite song on the record was the album opener Will I Ever Understand You. Simply a fantastic song in which Terry Nunn just grabs the listener instantly. This was a really good Berlin album and it’s a shame that they broke up after this record was released.

Pleasure Victim was just a phenomenal Berlin album that stands as almost everybody’s favorite. However, it’s a pretty short record containing only 7 songs. The album comes in at less than a half an hour long. Pleasure Victim album was released in October of 1982.  It featured the hit songs the “Metro,” “Tell Me Why,” and everybody’s favorite “Sex(I’m A..).” This album gOT a lot of spins on a lot of people’s turntables, I’ll tell you that. This is the album that turned so many people onto the sound of Berlin and their great techno seductive sound.

We close out our Berlin albums list with the band’s third album entitled Love Life. The Love Life album featured four singles starting off with the first release entitled “No More Words,” which hit number 23 on the Billboard Hot 100. The second single released from the album was entitled “Now It’s My Turn”. That was followed up by the fantastic Giorgio Moroder song called Dancing in Berlin. The album’s final single was entitled “Touch.” Love life was a fantastic Berlin album and probably stands as the most underrated album. It’s their most even record with every song just being a great listen.