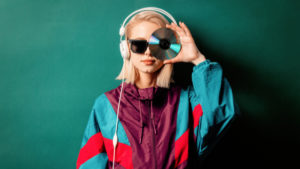 Look out vinyl, the CD format is hot on your trail once again. Well maybe not that hot, but for the first time in over seventeen years the sales of CDs went up over the previous year. Who says the CD is dead? Well we have actually said it a few times, but we may have been wrong. A long long time ago…. in the mid 1980s many people walked into record stores, some for the first time in years and asked the question what happened to all the records. The CD format exploded in 1985 and virtually wiped out sales of vinyl and cassettes almost instantly. Record Stores that were once filled with vinyl albums were converted into stores that sold nothing but CD at least in the big commercial chains. Of course there were always the independent shops that still sold vinyl, but even in the independent shops, the CD far out sold the old formats. The CD was King. It stayed on top for a very long time until the birth of the mp3 and illegal downloading and well you know the rest.

The resurgence of vinyl over the past decade has been absolutely stunning for so many industry professionals. No one ever expected vinyl to have such a resurgence. The comeback was actually fueled initially by clothing stores selling cheap Crosley record players as sort of a fad. Young teenage girls caught onto it, loved it and it became a thing among young females collecting vinyl. Before you knew it everyone was buying vinyl again. In 2019, for the first time since the 1980s, vinyl sales out sold CD sales. It seemed the record companies had a great thing going once again. Yet, one more time they would screw it up by overcharging for new vinyl record releases. Most new vinyl albums were listed for around thirty to thirty five dollars retail. That’s a joke. What could have become a weekly album buying spree for teens like it was in the 60s and70s was still kept as a novelty because most teens could not afford to buy new vinyl on a steady basis for over thirty dollars a pop. Yet, CD prices have continued to go down.

In 2021, for the first time in seventeen years, CD sales went up. Want to know why? Teens! The rises in CD sales is attributed greatly to the phenomenal sales of Adele’s new album. Adele has an extremely large young female audience. When given the choice between paying thirty dollars for the new Adele vinyl or 9.99 for the CD, many of them are going for the CD.  And guess what happens next? For many of these young females, the Adele CD is the first CD they have ever purchased. Hands down, you can bet you Led Zeppelin White Summer bootleg that there are young teens being blown away by the sound quality. These are kids that have grown up listening to music on their phones in poor sound quality. CDs are going to rock their Taylor Swift socks.

CD sales are also being driven by old catalog being released in lavish deluxe cds with many bonus track. Of course, that’s been going on for years, but it seems that there is also a young audience interested in the classics. The popularity of bands like Greta Van Fleet are causing young people to look back at the real genuine bands like Led  Zeppelin and Black Sabbath instead of some of these new groups that are just imitating instead of developing their own original sound.

Remember when you would buy an album and pull a large poster out of the sleeve or a handful of postcard?Do you still have that cool Wish You We Here postcard from Pink Floyd, or the Chicago poster from the live Carnegie Hall box set? Record companies are going back to their gimmicks by including extras in some cds packages like postcards tee shirts and other funs stuff that makes collecting solid product a lot more fun than downloading a group of songs.

The combination of a young curious audiences and old fans who will always buy any sort of reissue from their musical heroes of yesterday has also spurred CD sales. The vinyl resurgence has been somewhat steady, the cassette resurgence seems to have died out, let’s see what happens with the CD resurgence,.Will it be short lived or will teens discover what so many already know; the CD was the greatest musical playback format to have ever been invented. Yes, some will argue that point, but in our opinion the sound of a well mastered CD can’t be beat. Can anyone say Dat tapes?

If you want to know some of the best places to buy CDs check out our very popular article  https://www.classicrockhistory.com/best-websites-to-buy-cds-and-vinyl/