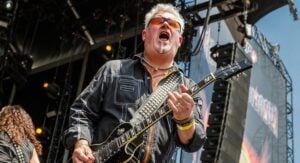 Perhaps best known as one of virtuoso guitarists John Sykes’s early stop-offs before his life-changing days in Whitesnake and Blue Murder, the Tygers’ legacy runs far deeper. Pre-Sykes, the Whitley Bay-bred band made waves through their hard-charging debut record, Wildcat (1980). As an early biker-metal classic, Wildcat featured the minor hit “Don’t Touch Me There,” which set the scene alight with unladen fire and brimstone.

Soon, enigmatic axe-for-hire John Sykes would join, aiding in the Tygers rattling off two more classic records in Spellbound (1981) and Crazy Nights (1981) before he departed for pastures anew. Not long after the recording of The Cage (1982), Robb Weir would follow, leaving the remaining Tygers to fend for themselves before the band screeched to a halt in 1987.

Tygers of Pan Tang remained dormant for 12 long years before fate came calling in 1999, seeing to it that the Tygers reunited for the open-air festival season in Europe. To say that things went well would be an understatement, and some 23 years later, the Tygers remain together, crafting new music with an eye ever-fixed on the future.

As he continues work on the Tygers of Pan Tang’s next studio release, Robb Weir clocked in with ClassicRockHistory.com to recount the band’s latest EP, the initial formation of the Tygers, the impact of John Sykes, and what keeps the Tygers from becoming a legacy act.

Let’s start by digging into the band’s new EP, A New Heartbeat. Tell us about the recording process.

The whole point of this recording was to showcase to the world the amazing talents of our new guitar player, Francesco Marras. We decided to record two new tracks, “A New Heartbeat” and “Red Mist,” and include two older tracks that we could freshen up. When Francesco joined, I asked him which was his favorite old Tygers track he would like to record, and Francesco said, “‘Killers’ from the Wildcat album released in 1980.”

I also had a burning desire to record “Fireclown,” as we have not played it live since 1980. We started recording the tracks in our home studios and sharing them. When they were all completed, they were sent to Marco at Angioni Studios in Copenhagen, Denmark, to be mixed. The final process was to send all the mixes to Harry Hess in Canada to be mastered. Craig, our drummer, created all the artwork, and the EP was manufactured in CD and 12-inch LP formats.

From an early age, what first gravitated you toward rock music?

The first music I really came across was rock ‘n’ roll with the likes of Elvis Presley, Bill Haley, Little Richard, The Beatles, and The Rolling Stones. All this fantastic music was played constantly in the house as I had two older sisters who jived around all the time! Later I got into Deep Purple, Black Sabbath, Status Quo, and Led Zeppelin.

When and how did the guitar come into the picture for you?

My Dad bought me a nylon-strung classical guitar from a junk shop when I was about 12. At first, I wasn’t sure what the hell to do with it! I used to watch a TV show, Top of The Pops, and all the guitar players there had guitars with a wire hanging out of them. I stuck with it, and soon, I was on the way to the shop to buy my first Gibson Les Paul.

Walk me through the formation of Tygers of Pan Tang.

I put an ad in our local newspaper advertising for a bass player to jam songs with. I got a phone call from Richard Laws, aka “Rocky,” saying he was interested in meeting. At our first rehearsal, Rocky brought with him another lad who was at the same college and was a drummer. So, the three of us started jamming songs, and the chemistry happened right there in that room. Rocky, Brian [Dick], and I became a band. We had no name and no idea of how to go about things to start our rock ‘n’ roll dream! What we did need was a singer, so we asked around, and two lads came to audition. One had his own PA to sing through, and the other one didn’t. Guess which one got the job. [Laughs].

What do you recall regarding the band’s first gig?

The first gig was in the music room upstairs at the Bridge Hotel in Newcastle-upon-Tyne. We had put posters up for weeks beforehand in the surrounding towns to encourage people to turn up. To be fair, the room was pretty full when we hit the stage, and when the smoke bombs cleared, we were in all our glory trying to convince everybody that the original songs they were listening to would be the next big thing!

What was the sequence of events leading up to the signing with MCA Records? What did their courtship look like?

With our rising popularity and the newly released single, “Don’t Touch Me There,” all the major record companies took an interest in us. Our management secured a deal with MCA records in late 1979; things took off for the band from that point.

Tygers of Pan Tang’s debut record, Wild Cat, is a classic. What are your memories?

The album’s writing was done two years before we did the recording. We were playing most of the songs in our live set. This had a distinct advantage because when we came to record the songs, they were already road-worn and easy to lay down on tape. I can tell you we all had an amazing feeling about Wildcat. It was just so easy to make, and it sounded huge!

Spellbound and Crazy Nights followed, which featured John Sykes. What immediate changes did the inclusion of John have on the band?

So, we spent the summer of ’80 opening up for Magnum, Scorpions, Def Leppard, Saxon, and Iron Maiden, and apart from Magnum, all the other bands were two lead guitar player bands. Our agent and management thought the band would benefit from the addition of another guitar player live as this would broaden and make our sound fuller. Auditions were held at Tower Bridge studios in London, and John Sykes was picked from eighty other guitar players. John’s first show with us was at the Reading Rock Festival in 1980 in front of 42,000 people! We were playing songs from Wildcat, which John didn’t write, so his influence really started when we came to write the Spellbound album.

What was the sequence of events culminating in the fracture of Tyger of Pan Tang in 1983?

I left the band at the same time as Brian in late ’83. We formed a new band called Sergeant with Tony Liddle on vocals and Barney Curren on bass. Sergeant was short-lived for me as I moved on to another project called Tyger Tyger with the original singer from the Tygers, Jess Cox. We recorded a full album that I had written, but only one track was ever released on the Tygers album, First Kill, called “Small Town Flirt.” In ’85, Jon Deverill and Brian Dick released an album called The Wreck-Age under the Tygers name and another called Burning in the Shade in ’87, but I wasn’t in the band then.

What led to the Tygers of Pan Tang reforming in the early 2000s?

I received a phone call in 1999 asking me if I wanted to be part of a 20th anniversary of the Tygers and play a reformation show at the Wacken Open-Air festival in Germany. I said, “Yes,” and off we went to Hamburg, Germany, to do the show. After we played, I knew I had to put the Tygers back together again, as there had been no band for ten years, and I was ready to give it another go. And 22 years later, the ROAR is louder than ever!

What makes the current lineup the Tygers best yet?

The quality of musicianship in the current band is second to none. Everybody is tuned in to the Tygers sound, and when it’s time to rock, WE ROCK! In some ways, the band’s ear exploits remain underrated, and I’m not really sure why. But I know we’ve made up for it now, as the band has never been bigger. Last year alone, we had four and a half million downloads, so somebody out there likes us!

The risk of becoming a “legacy act exclusively” always looms. What will keep Tygers of Pan Tang vital as we move forward?

We’ve never considered ourselves a legacy act as we release new albums on a regular basis in order to move forward and upward. I think we do this to a very high standard, and in fact, we are recording our new album as we speak, with a release date of March 2023. Stay tuned, all! 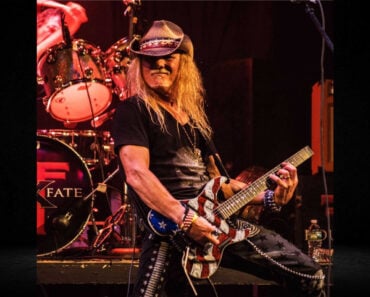 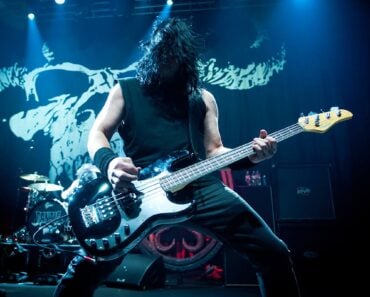 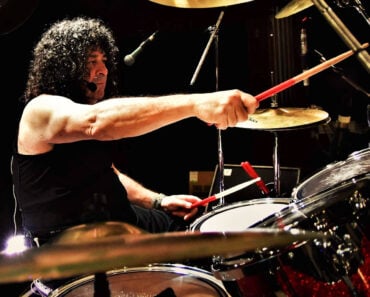 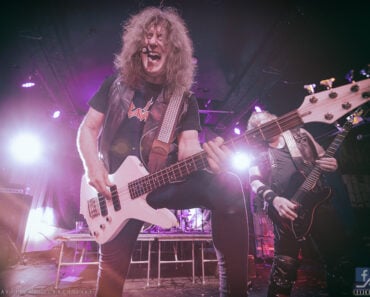 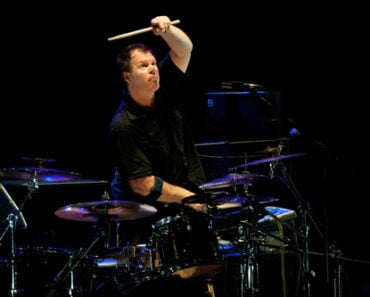 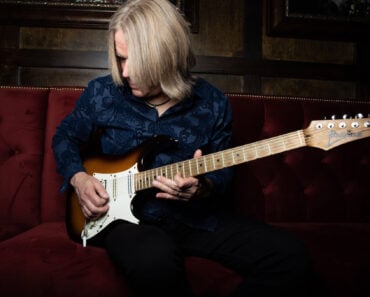