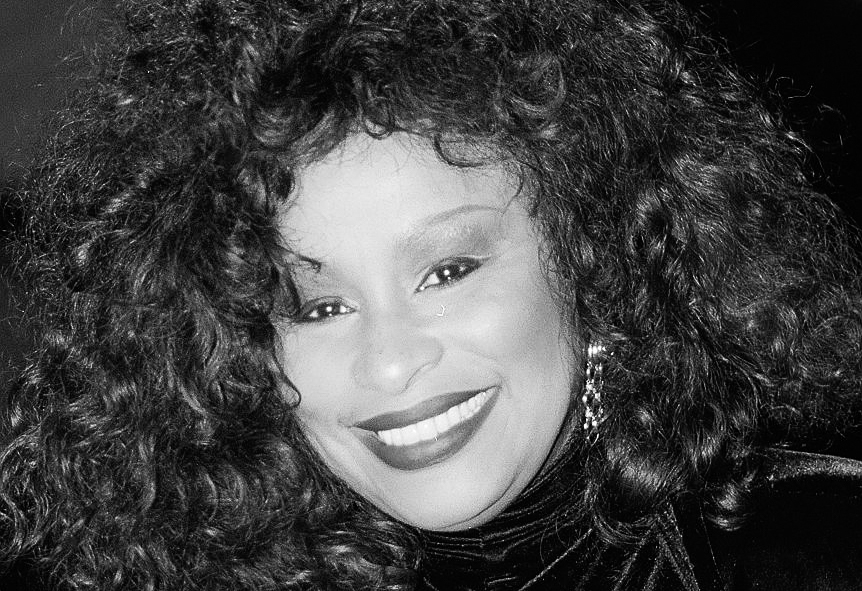 Our Top 10 Chaka Khan songs list looks at the songs and vocals performances of one of the most legendary R&B singers of the past 50 years. Her music career spanned for almost five decades since the early 1970s as the lead vocalist for the funk band Rufus. She is branded as the “Queen of Funk” and was the first R&B singer to have a crossover track featuring a rapper in the track “I Feel You” in 1984.

Chaka Khan is a legendary artist having won ten Grammy Awards and with about 70 million commercial sales worldwide. Chaka first exploded onto the music scene in the 70s. She had formed her first group known as the Crystalettes with her friend and sister Yvonne when she was just eleven years old. Her early music heroines included Gladys Knight and Billie Holiday.

“Sweet Thing” is a track performed by Rufus- an American Funk and R&B band while Chaka Khan works on the vocals. Initially, this hit was recorded and released as a single song near the end of 1975 by Rufus featuring Chaka Khan. Sweet Thing was co-written by Khan, Rufus, and Tony Maiden- the latter’s bandmate and became one of Chaka Khan’s signature songs. The track features in the band’s fourth album released in 1975. Chaka Khan recorded this song for the 1998 soundtrack “New York Undercover”

This is a love song that is probably the most pop song of its time. The track features a slightly slower than the mid tempo groove which makes it greatly seductive. Chaka Khan sings in a fine voice but the lyrics where she says that you are her sweet thing and her everything kills it all. If you asked someone who attended the live performance in London in 1998 the story is that when Prince started performing the instrumental version of this hit for the large audience the fans didn’t like it, but when Chaka’s turn emerged everyone left their seats and entered the stage to perform with her. Their energies were replenished by her vocals. She is such a legendary artist. The hit has an ideal commercial success peaking at number five on the US Billboard Hot 100 and topped the US Billboard Hot R&B/Hip-Hop Songs.

Originally, this song was released in 1976 by R&B pair The Johnson Brothers. George Johnson composed the song after deciding that he will commit himself to a relationship with one woman. George was recording the song or rather a demo for this hit while Senora Sam- a family friend came and added some lyrics. The hit featured in the top ten Billboard Hot Singles. It also topped the Billboard R&B charts in the 1976 summer holiday.

Thirteen years later, this hit topped the R&B charts with Chaka Khan featuring Ray Charles on the vocals on the Black album by Quincy Jones. The song was a revival of the real gem peaking at number eighteen on the Billboard Hot 100 list. The hit also topped the American Dance Chart in the 90s.

I don’t know what this countdown would be without the presence of this soul/disco track by Rufus featuring Chaka Khan. The song was released in late 1979 from the Materjam album by Quincy Jones. This track is over three decades old but can still turn your party out with 120 beats per minute allowing DJs to match it in and out with their dance sets easily.

Chaka is one of the best screamers and when her powerhouse vocals are paired with the song’s funky percussions and its requisite, do not be surprised when you add this hit you the playlist of your favorite songs It is the best hit of the 70s and still can be your recent best if you have never heard it. The hit peaked at number 30 on the US Billboard Hot 100 and topped the US Billboard Hot Soul Singles.

Chaka Khan is the undisputed vocalist in Rufus- popular multi-racial bands. According to music critics, she has set the standards in almost every music genre ranging from R&B, disco, pop and rock, and roll.

When it comes to this track, “Through The Fire”, her vocals are perfect. The hit is featured in her sixth studio album “I feel for you” released in 1984. The hit was originally done by David Foster and released as his third single from his album. It peaked at number sixty on the US Billboard Hot 100 and number fifteen on the Hot R&B/Hip-Hop Songs. According to David, this song was the only melody that he ever composed with someone in mind, and that he had the working title of the track as “Chaka” since he was confident that Khan would perform the song. The track was again covered in 1994 by Peabo Bryson. Kanye West sampled lines from this hit in his “Through the Wire” track from his debut album The College Dropout in 2004.

When you thought that Chaka was done, she would come up with something even more fantastic. She never stopped making hit albums between 1985 and 1996. “Never Miss The Water” is a top 1995 recording written by Charlie Mole and Gerry DeVeaux and performed by Chaka Khan featuring amazing vocals by Meshell Ndegeocello.

Both artists produced a top-class performance and the hit really came alive with the sixteen officially licensed remixes done by Stylus productions, Frankie Knuckles and Candy Station. This hit earned Chaka a place in the Rock and Roll Hall of Fame. It peaked at number 36 on the Soul Singles Chart.

The song’s title is also her fifth solo studio album title released in 1984 on the Warner Bros Records label. The song was originally written by Prince– the royal purpleness on his self-titled album in 1979. The track was also covered by several artists including The Pointer Sisters on their album I’m So Excited, released in 1982. Their cover was even better than Prince’s original version. Again Rebbie Jackson did a cover in 1984 for his Centipede album.

Khan recorded this song and the album as well, as the Rufus band dissolved, and the album is what made her a pop star with amazing chart success. The track starts with a Chaka Khan rap intro where Khan embraces the high-tech funk. This stands as one of her most famous songs as well as her biggest commercial hit peaking at number three on the US pop chart. Additionally, the hit became the number five best-selling song in 1985. It earned Khan a second Grammy Award for the Best R&B Female Vocal Performance in 1985.

# 4 -Tell Me Something Good

If you have ever been to a live performance, you know that there are bands that bring so much chemistry and energy to the stage such that their studio recordings, even with great commercial success and well-produced music, still seem unrepresentative. Now that is the case for Chaka Khan and Rufus. The duo ripped off the roof with this hit “Tell Me Something Good” in 1975- the Midnight Special earning them their first Grammy Award.

This is one of the best singles of 1983. A well-written track with a complex melody that builds for quite some time before entering the chorus. Chaka Khan delivers a soulful and nuanced vocal performance throughout. This hit is a perfect party record and even more than that.

The track was released on 4th November 1983 as one of their four studio songs included on Stompin’ at the Savoy- a live album in 1983. The song became popular immediately after its release peaking at number 22 on the US Billboard Hot 100 and is regarded as one of Chaka’s signature songs. The track has several covers including one by Jaki Graham, Diana King version, Felix Jaehn version, Scooter version, LL Cool J remix, and Richard Xvs. Liberty X version. The track was very famous in the UK and was adopted by some fans for their football clubs.

If there was a better word than “perfect”, that’s what we could use to describe this song. The hit is a continuation of her 1970s funky style heavy instrumentation that includes a lot of doubling up, a brass section, and a Herbie Hancock at its synthesizer.

“What Cha Gonna Do For Me” received a Gold certification and is her third solo album released in 1981 on Warner Bros Records label. The track’s title is also her album’s title. I would say that this track was the best in the line of fantastic reissues of funk classics/ BBR of a lost soul. Basically, the album stands for the test of time. Some of Khan’s fans argue that she went on to release better hits, but it is always evident that this hit and the album as well, was where things came together for Chaka. The hit had an amazing commercial success topping the Billboard R&B singles chart, number 33 on Jazz Albums, and number three on Black Albums.

The list would be absurd if this song did not top our list. It is perfect when viewed from all aspects including the production, music video, vocals, and lyrics. The hit is as catchy and as groovy as it was during its release. It is still an anthem even after being released half a century ago.

The track is a celebration of women and hopes to improve women’s rights for International women’s day. Chaka Khan’s vocals are as powerful as they have always been. The hit is the debut solo single for Chaka- her debut solo studio album. It peaked at number 11 on the UK Singles, number 21 on the US Billboard Hot 100, and number 30 on the US Dance Club Songs.

Chaka Khan is a legendary artist and an icon who built her name in the 1970s with her charming and melodious vocals. She was the lead vocal artist in the Rufus band before embarking on her solo music career. She has won numerous music awards and her music has influenced generations. She is ranked in the top hundred greatest dance music artists of all time. The above top ten songs by Chaka Khan will surely be an inspiration to you.