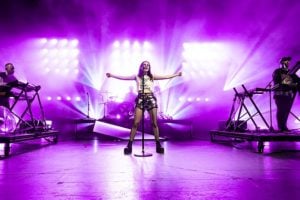 Our top 10 Chvrches songs introduce us to a trio from Scotland known for their unique electro-pop sound. While the band is quite young (established in September 2011), Chvrches have made their mark in music thanks to their electrifying performances and synth-pop and indietronica sound. Chvrches would start after former Aereogramme members Martin Doherty, and Ian Cook decided to start a musical project. After quitting Aereogramme in 2007, Doherty played with The Twilight Sad as a touring member, where he left in 2012. Meanwhile, Ian Cook was taking inspiration from Emeralds, purchasing a synth that he used to play while experimenting with soundscapes. Cook would later meet former Blue Sky Archives vocalist Lauren Mayberry when he produced an EP for the band.

With Mayberry agreeing to sing backing vocals, she was immediately taken in as part of Chvrches. Cook, Doherty, and Mayberry embarked on writing and recording tons of music in a basement studio. Mayberry proved to be a priceless gem to the band, having her craft most of the lyrics and hooks, having her promoted to lead vocals after Cook and Doherty heard her vocals potential. Doherty revealed that the band’s goal was to only release music, put it on the internet, and not think about performing in shows and tours. However, with their single “Lies” receiving much airplay, the band had to prepare for the success knocking on their door. Doherty revealed that the band was also anxious to perform in live shows, but they would nurture the courage by playing two shows under Shark Week. The band would eventually be termed as a promising band, winning several breakthrough awards. Here are the top 10 Chvrches picked from the band’s four studio albums.

Opening our top 10 Chvrches songs is the ballad “Bury It” from the band’s 2015 album Every Open Eye. The song’s lyrics allude to rising above mistakes one might have done in the past while moving on to a more positive lifestyle. Chvrches did a remix of “Bury It” featuring Paramore lead vocalist Hayley Williams which is featured in the extended edition of the band’s second studio album. “Bury It” peaked at number thirty-one on the US Alternative Airplay chart.

Featured on the band’s album Love Is Dead, “Forever” is a song inspired by Lauren’s incident where she swore to hate someone else forever. You better get used to Mayberry for her daring real life where she regrets nothing she does, including saying this to someone. With the word forever repeated twenty-four times in the chorus, you can be sure that Mayberry doesn’t even need forgiveness from the subject person.

“Empty Threat” is one of the best Chvrches songs featured on the band’s sophomore album Every Open Eye. The song is composed by the band members, with its lyrics alluding to recommitting to a relationship after a prior decision to end it, a threat that was not meant. “Empty Threat” strikes a balance between instrumentation and other musical elements such as vocals. Mayberry’s vocals in this song are nothing less than great, making it worth mentioning on the top 10 Chvrches songs. “Empty Threat” peaked at number seventy-nine on the Belgium Ultratip Flanders Chart.

Chvrches’ album The Bones of What You Believe features an indietronica song by the title “Lies.” The band has quite a history with this ballad having it be their first song released. “Lies” has been described by many as a godless hurricane of pop energy. The song’s lyrics allude to an abusive relationship where the band’s frontwoman Mayberry expresses her emotions, taking the perspective of the abuser.

A faux-EDM breakdown and a booming percussion cut with sharp synth sounds are just some of the phrases that can be used to describe “Miracle.” The song brought together Chvrches and producer Steve Mac in its composition and release on the band’s 2018 album Love Is Dead. Working with Steve Mac helped Chvrches make this song one of the band’s best releases. Steve Mac has been instrumental in releasing reputable songs for other artists such as Ed Sheeran, The Wanted, Westlife, and Clean Bandit, thanks to his intuitive songwriting skills. “Miracle” has the band’s vocalist sing about attempting to find a sense of belonging and hope in life. The song peaked at number twenty-nine on the US Hot Rock & Alternative Songs.

Number six on our top 10 Chvrches songs is “Recover,” a song from the band’s album The Bones of What You Believe. “Recover,” whose lyrics are composed by the band members, is an almost-perfect synth-pop ballad whose lyrics allude to trying to figure out a loose relationship. The narrator seems to urge her fiancée to choose between leaving or loving her to get the dilemma of their relationship away. “Recover” peaked at number ninety-one on the UK Singles Chart.

Featured on the band’s second album Every Open Eye, “Clearest Blue” is one of Chvrches best songs that have been used quite often in the media. Written by Chvrches, the song is featured in the soundtrack of The Politician and Forza Horizon 3 and Horizon Pulse radio station’s in-game. The cry-dance-themed song is an upbeat synth-pop ballad whose melody keeps on building until it reaches a breathtaking climax. “Clearest Blue” peaked at number forty-three on the US Hot Rock & Alternative Songs chart, charting in Japan and the UK.

Venice and Jamie Isaac were not by any means mistaken when each one of them did a remix of the song “Gun.” Thanks to its brilliant major key and effortlessly catchy tune, the song has received quite some attention amongst other songs from 2013, The Bones of What You Believe. Despite having its lyrics featuring a dark side and bitter and violent imagery, its fizzing splendor leaves you wanting to hear more of Chvrches. The song peaked at number fifty-five on the UK Singles Chart.

How do you deal with friendship or a relationship gone sour? While some people might seek to find a way to mend things or seek closure, Mayberry suggests otherwise in “Leave a Trace,” an awe-inspiring ballad from the band’s 2015 album Every Open Eye. The song lyrics allude to a carefree attitude when things get to a point where they cannot be mend. Mayberry revealed in an interview that she is not friends with her exes, and it’s okay with her. The song peaked at number seventeen on the US Hot Rock & Alternative Songs chart.

Featured on the band’s album, The Bones of What You Believe, “The Mother We Share” is a story of sibling rivalry. While the song might be so great capturing a rarely talked about theme, Chvrches had its lyrics written and the song recorded in two days! The song was used for the Marc Jacobs commercial having it covered by notable names including Soak, Half Moon Run, and JD Twitch of Optimo. 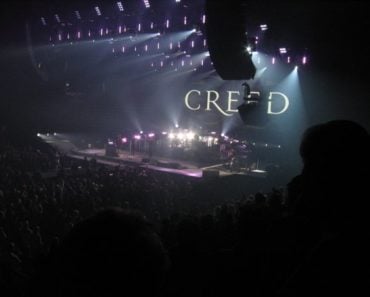 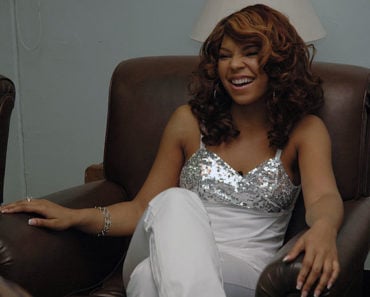 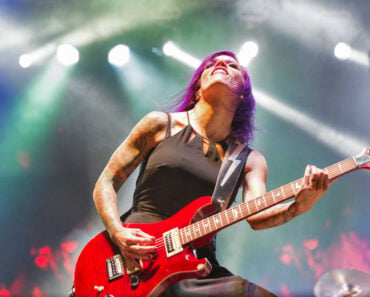 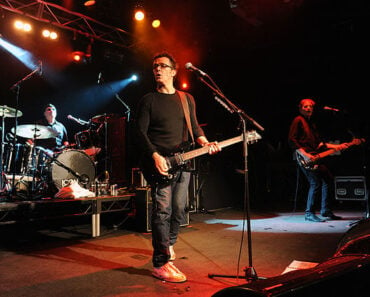 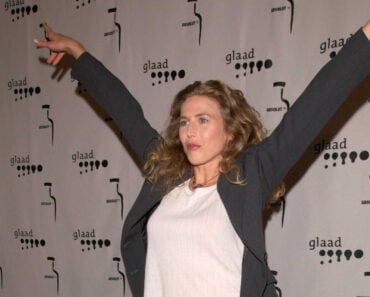 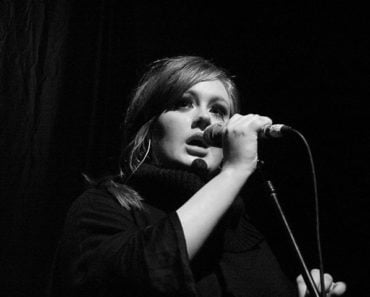