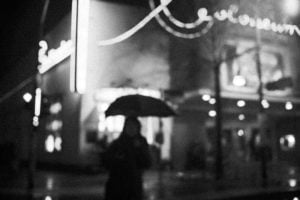 Our Top 10 Eddie Rabbitt Songs introduces us to a magnificent songwriter and vocalist who proved to be a straight arrow in an industry crowded by renegades. Starting his music career as a songwriter in the 1960s, Eddie Rabbitt would achieve great feats in the recording career after composing hits songs for globally successful artists such as Ronnie Milsap and Elvis Presley. With his awe-inspiring songwriting skills riding Ronnie Milsap’s song “Pure Love” to the top of the charts, Eddie Rabbitt was contacted by Elektra Records for a contract with the record label. After signing with the record label in 1975, Eddie Rabbitt would issue songs immediately with his first single, “You Get to Me,” released in his eponymous album. However, his 1976 second album, Rocky Mountain Music, led to his critical acclaim thanks to powerful ballads that put some glamour in the album.

While he was not yet a globally known artist, Eddie Rabbitt would take his chance to tour and open for crossover stars such as Kenny Rogers and Dolly Parton. His crossover single “Every Which Way But Loose” would only be released in 1978, topping the Country charts and making its way to the Billboard Hot 100 at number 30. Thanks to the song’s greatness, it broke the record for highest chart debut at number 18, a record held by Keith Urban for his song “Once in a Lifetime.” Eddie Rabbitt is known for his innovative techniques in tying his music themes with light rhythm and echo due to his background vocals. Sadly, Eddie Rabbitt’s career would end after being diagnosed with lung cancer in 1997, which took his life a year later. Here are the top 10 Eddie Rabbitt songs that make him a Country legend to be missed, thanks to his awe-inspiring songwriting skills and awesome vocals.

Ushering us into the top 10 Eddie Rabbitt songs is a one-time number one song on the Billboard Country Music Chart “Suspicions.” Featured as the first single in his album, Loveline, the song “Suspicions” was a combined effort by Eddie Rabbitt, David Malloy, Even Stevens, and Randy McCormick in songwriting. The song would peak at number thirteen on the Billboard Hot 100 and be named Broadcast Music Incorporated’s Song of the Year in 1980.

Yet another song that made it to number one on the Billboard Country Music Chart is “Drinkin’ My Baby (Off My Mind).” Released in his second album, Rocky Mountain Music, the song “Drinkin’ My Baby (Off My Mind)” was Eddie’s fourth Country song. The song is about a man who passed by a tavern to drown himself with booze. And like many, the man did the self-destructive act to try to forget the love of his life. Thanks to the song’s relatable lyrics, the song remained on the Country Music Chart for twelve weeks.

Written by Eddie Rabbitt, the song “Rocky Mountain Music” brings on the best of his songwriting skills. The song serves as a perfect roadmap to the great country music vibe of the 1970s. “Rocky Mountain Music” is a pretty simple song that takes you through the life of Eddie Rabbitt. The song ends by reminding us of the prodigious memories we all possess. German singer Jurgen Drews would release a German version of this song that also made big in the German charts peaking at number 6.

While Eddie Rabbitt’s 1978 album Variations was not as great as his previous, some songs from the album can never seem to go off Country music lovers. “The Room at The Top of the Stairs” is one of the few songs that received quite a positive reception from both critics and fans of Eddie Rabbitt. Thanks to his magnificent vocal capabilities that the song’s lyrics hit the core of every country music lover.

Featured in his album, Rabbitt, the song “I Can’t Help Myself” is among the songs that had Eddie Rabbitt carry on his blistering music career in 1977. Seeing Eddie Rabbitt perform the song makes Country music feel so graceful. Thanks to his awe-inspiring guitar skills that combine with his great vocals to offer such a magnificent song. “I Can’t Help Myself” peaked at number two on the US Hot Country Songs and 71 on the US Billboard Hot 100.

Featured as the first single in his 1981 album Step by Step, this song brings the best of Eddie Rabbitt, David Malloy, and Even Stevens’s songwriting skills. The song resulted from a comic routine where the narrator instructs a friend on how to win women’s attention. “Step by Step” brings on quite a natural vibe about the nature of interactions and/or relationships. The song was yet another number one song from Eddie Rabbitt to feature in US Billboard Country Songs Chart at number one.

#4- Every Which Way but Loose

The song “Every Which Way but Loose” brings the best of Eddie Rabbitt’s vocals capabilities. Featured as the title song of the 1978 comedy Clint Eastwood, “Every Which Way but Loose” topped the Country Charts for three weeks back in February 1979. The song is about a romantic entanglement with a free-spirited lady who gets under Beddoe’s skin. While Eddie wrote not the song, he made a few changes to the lyrics, making it ready for release before the film’s premiere.

Written by Eddie Rabbitt, David Malloy, and Even Stevens, “I Love a Rainy Night” was one of Eddie’s most successful songs. Getting to the US Hot Country Songs was quite usual for Eddie Rabbitt, but this time, he would have this song award him a number one on the Billboard Hot 100. “I Love a Rainy Night” is a song about the peaceful and purgative feeling a thunderstorm can bring. Eddie Rabbitt would be inspired to write the song when sitting in his small apartment on a rainy day back in the 1960s.

Featured in his 1982 album, Radio Romance, the song “You and I” proved to be one of Eddie Rabbitt’s songs, having him redoing it as a duet with Crystal Gayle. “You and I” celebrate a love between two loves predicting happiness as well as resilience for days to come. While Eddie Rabbitt was the man behind most of his song’s lyrics, “You and I” was penned by songwriter and musician Frank J. Myers. The song would become a major country-pop crossover hit for Eddie Rabbitt and Crystal Gayle.

“Drivin’ My Life Away” is by far the best song by Eddie Rabbitt. Featured in his 1980 album, Horizon, the song was inspired by the hectic lives of truck drivers who spend most of their time on the road away from their loved ones. Thanks to the song’s popularity that it was the most used Eddie Rabbitt’s hit song in commercials, films, and media in general. Eddie Rabbitt made a fortune with the song having it sell more than a million copies.