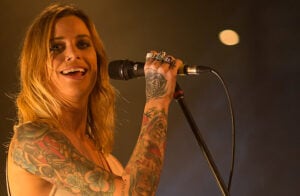 Our latest article on the ten best Gin Wigmore songs looks at one of New Zealand’s greatest musical exports. Born on 6th June 1986, Gin Wigmore was always destined to be a star, and despite her celebrity status, you can tell that fame has not gone to her head by how she interacts with her fans on social media. Although she does most of her tours in Australia, Gin Wigmore still considers herself to be a New Zealand girl at heart. This is because signing out of New Zealand is a bit tricky, and there isn’t enough money to support music tours.

It’s impressive how Gin Wigmore has managed to make the most of her experiences in life to craft music that speaks about her fears, hopes, love and joy. As she celebrated her birthday with friends in Los Angeles back in 2009, she got herself in a bloody brawl with a huge guy almost twice her size. The brawl began after the man poured water on Gin Wigmore and her friends. Gin jumped over a table and hit the man on his head before he overpowered her and started beating her. Fortunately, security personnel stepped in and ejected the guy, leaving Wigmore and her friends enjoying free champagne for the rest of the night.

Rise Of A Future Star

Gin Wigmore’s music career began when she was only 14 years old. Her music was inspired by British singer David Gray, particularly his album, White Ladder. At 16, Gin Wigmore lost her father to cancer, forcing her to temporarily stop writing and singing. Wigmore later spent some time in Argentina, where she taught at a kindergarten. Upon her return to New Zealand, she wrote one of her most emotional songs, “Hallelujah,” a tribute to her late father.

The song became her long-awaited breakthrough after her sister entered it into the 2004 edition of the International Songwriting Competition. The song came out top, beating 11000 other aspirants from over 77 countries. This milestone was one for the history books, making Gin Wigmore the youngest unsigned competition winner at the time. She also got a trip to the USA as part of the prize package.

In terms of his music and style, Gin Wigmore is quite similar to Amy Winehouse. She has an incredibly girly yet high-pitched voice which is sometimes irresistible to the ear. One of her most underrated yet biggest attributes is her songwriting which is so captivating. Her music spans different genres, mostly rock and roll, pop, blues and a bit of soul. She is also a brilliant guitar player, and she can play the ukulele as well.

Starting us off in the tenth position is the track “Dirty Mercy’ which comes from her fourth studio album, Ivory. The album saw Gin Wigmore refine her sound further, with the track “Dirty Mercy” having a heavier rock sound than most of the other tracks in the album. The song also showcases Gin Wigmore’s gritty vocals, similar to her earlier records when she started. The song fulfilled Gin Wigmore’s desire to record a track filled with heavy guitars and trashing drums.

The song’s video was directed by talented New Zealand actor David de Lautour, and it features Gin Wigmore encouraging a young girl to rock out in the garage as she babysits her. The song’s video was intended to inspire women to break away from the chains of normalcy and be free and creative to upend their over-sexualization in popular culture.

Gin Wigmore’s debut album, Holy Smoke, was diverse, and it’s no wonder it charmed its way into the ears of so many people. One of my favorite songs from the album is the track “These Roses.” Gin’s vocals in this song are so fantastic, and it’s no wonder people have likened her to Amy Winehouse.

Although the song is quite underrated, you cannot deny how talented Gin Wigmore is. The song’s lyrics tell of how Gin is so in love with a guy, but she is afraid of giving him her heart. It’s clear that Gin Wigmore has been in such a situation before, and she has experienced this kind of love, which makes her a bit guarded despite starting to let the guy in later in the song.

Coming up in the eighth position is another song from her debut album, Holy Smoke. In this song, Gin Wigmore talks about a relationship she has been in for the last two years. According to the song’s lyrics, the relationship was perfect; and sometimes felt like heaven. However, Gin was in for a rude shock after the breakup, which turned the joys of the relationship into depression. Since she is no longer in the relationship, Gin compares the break-up to hell since everything was so perfect before the breakup.

“Oh My” was a commercial success for Gin Wigmore, making its debut on New Zealand’s singles chart at number twenty one and peaking at number four. The song was certified gold after ten weeks on the New Zealand Charts and was certified platinum in February 2010.

Coming in at number seven in our countdown of the top ten Gin Wigmore songs is a song from one of Gin Wigmore’s most personal albums, Blood to Bone. The song “Willing to Die” features verses from Logic and Suffa of the Hilltop Hoods. The track utilizes a sample of the song “Rosie” by Alan Lomax, also used by David Guetta in his latest single, “Hey Mama.” The song talks about life and how one encounters many hurdles/failures and, at times, very few successes, which are essential in making a difference in the world.

“Written In the Water” is the number six song on our countdown and another song from Gin Wigmore’s third album, Blood to Bone. Gin Wigmore fancies herself in any kind of situation, and she is not the kind of woman to back down from a challenge after being warned by other people.

This song’s lyrics were inspired by the warnings Gin Wigmore received from people close to him concerning her boyfriend. As we have learned of Gin Wigmore, she is not the kind of woman to listen to people on whether something is wrong or good without experiencing it herself. The song has a great video and has been featured as a soundtrack in the comedy series, Good Girls.

Coming up at number five is a song from Gin Wigmore’s debut studio album, Holy Smoke. “Hey Ho” is a dark song that revolves around doomsday, where Gin Wigmore sees herself as a tormentor to a man who we can assume to be a past lover. In the song you Gin Wigmore talks about the lies of his past lover having broken her after she gave her all her love. The song saw Gin Wigmore team up with Dan Wilson to write the lyrics in Minneapolis, Minnesota. The song contains beautiful melodies, and Gin Wigmore’s vocals stand out. The song was featured in the American hit tv show, Weeds in the final episode of season six.

Gin Wigmore’s album, Gravel & Wine, was not an average album by any means. The album contains some electric dance-pop songs and among its highlights is the song “Black Sheep”, which was released as a single in September 2011. In the song, Gin Wigmore talks about what sets her apart from other women. The song has been used as a soundtrack in a number of TV shows, including Grey’s Anatomy, Revenge, and Teen Wolf. The song was also used in the trailer for season 2 of Orange Is the New Black and in the video game Far Cry 5. The song peaked at #18 in the New Zealand top 40 and has been certified platinum.

Coming in at number three is the song that potentially made Gin Wigmore a star. The song “Hallelujah” was a dedication to her father, who had succumbed to cancer while she was working in Argentina. In the song, Gin Wigmore expresses her pain and tells how she wanted the moment for herself and her family. Compared to most of her future songs, “Hallelujah” is incredibly personal, showcasing her vulnerability in a remarkable manner. Gin Wigmore’s voice shines throughout the song, and the sweet melody of the track makes it quite memorable. The song was featured in season six of One Tree Hill and peaked at #10 on the New Zealand Charts.

As the title suggests, “Kill of the Night” is a dark song that talks about a woman who sees her lovers as victims. The track is contained in Gin Wigmore’s second studio album, Gravel & Wine. The song was written by Wigmore alongside Julian Hamilton and Gary Clark, and what a song it was. Although the track never featured in the New Zealand chart, its strong lyrical narratives have seen it featured in various media, such as the 2015 movie Spy, and Teen Wolf.

Coming at number one on our countdown of ten of the best Gin Wigmore songs is a song that was chosen as the promotional track for ICC Women’s Cricket World Cup 2022. According to Gin Wigmore, the essence of the track was to celebrate the unity of women in fighting against modern society, which often tears them down. There is no doubt that “Girl Gang’ is the best song in the album Ivory and probably in Gin Wigmore’s entire catalog. The track brings a lot of positive energy into the whole album and shows Gin Wigmore as an artist who not only seeks to make money but also remains true to her strengths. 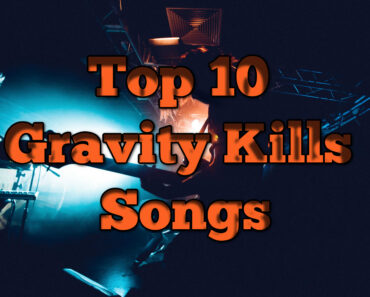 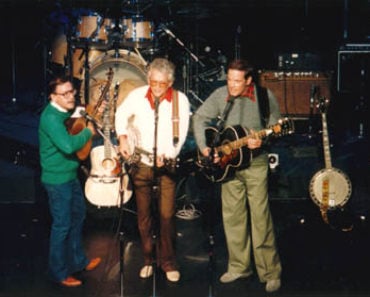 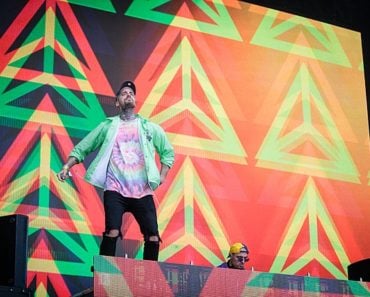 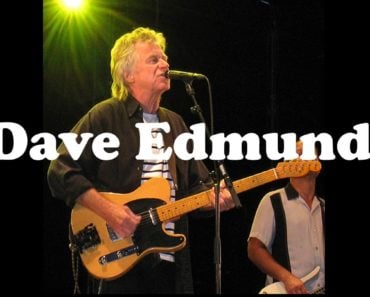 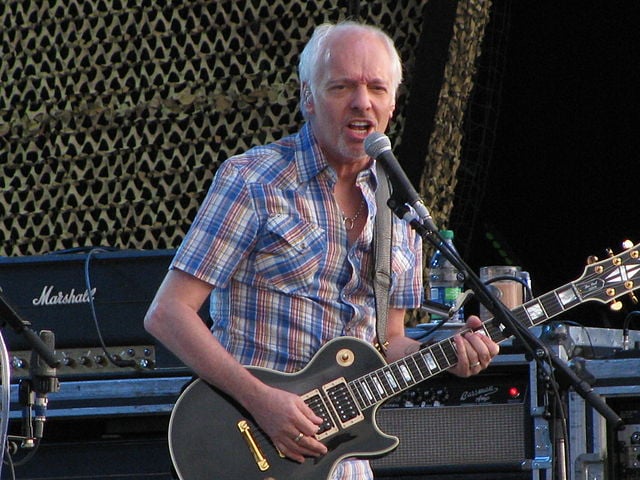