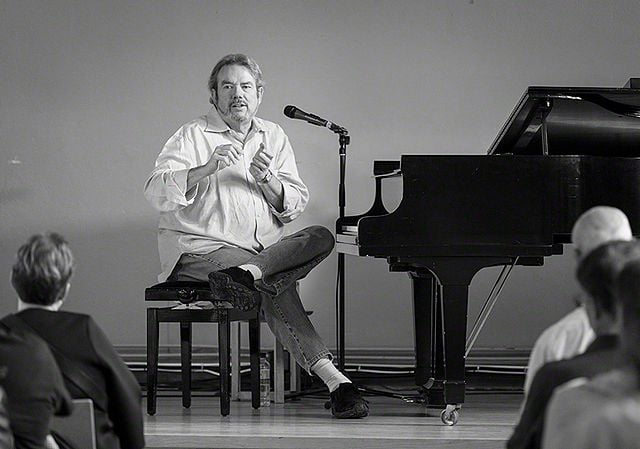 Our Top 10 Jimmy Webb songs list takes a look at one of the most important and successful  popular music songwriters of the 20th century. This was one the most enjoyable articles we have ever written because it was so much fun listening to all the different cover versions of each one of Jimmy Webb songs.  It took a long time to choose which ones we wanted to represent in each individual song. Jimmy Webb has written hundreds of songs, but its the classics that he composed in the 1960s and 70s that are the most memorable. Our top 10 Jimmy Webb songs list presents ten of the best.

We open up our top 10 Jimmy Webb songs with one of his most beautiful songs. This is one of those great ones that you might have forgotten. This is actually one of his most covered songs. The chord changes and melody are written so well to invite great interpretation by artists.  Our favorite two versions of this song were performed and recorded separately by The Four Tops and Johnny Rivers. It was a tough choice, but in the end we went with the 1967 Johnny Rivers version which we felt was just perfect. Johnny Rivers never released the songs as a single, so many people are unaware of his great version.

We continue with our Top 10 Jimmy Webb Songs list with a presentation of his beautiful song “The Moon’s Is A Harsh Witness.” Our favorite version of this Jimmy Webb song was recorded by Linda Ronstadt in 1982. The legendary Bill Payne of Little Feat plays the piano on this one. Other standout versions of this song were recorded by Glen Campbell in 1974, Joe Cocker in 1974 and Judy Collins in 1975.

“Highwayman,” is one of the great Jimmy Webb songs that Webb composed in the 1970s. The song has not been recorded by that many people which is surprising because it’s such a great country western songs. Its also a homage to the road. The song was first released on Jimmy Webb’s 1977 solo album entitled El Mirage. An album produced by George Martin. Glen Campbell first covered the song in 1979. However the ultimate version was recorded by the superstar group The Highwaymen. A name clearly inspired by the title of the Jimmy Webb song. The Highway men consisted of Johnny Cash, Willie Nelson, Kris Kristofferson and Waylon Jennings.

You know this one. And its probably the Art Garfunkel version that you remember. Jimmy Webb seemed to connect with the heavens above when he wrote this glorious song. Its almost as beautiful as it gets. Art Gunfunkel’s angelic voice was so perfectly suited for this one. Michael Feinstein recorded a version of “All I Know,” in 2003.

All brilliant songwriters whose music is covered by many artists usually have that one special voice that really connects with their material. Burt Bacharach had Dione Warwick, Jim Steinman had Meat Loaf and Jimmy Webb had Glen Campbell. The legendary songs recorded many of Jimmy Webb’s greatest songs. The next three spots present three of the best, starting with the classic “Galveston.”

Jimmy Webb knew how to tell a story. Jimmy Webb could set up a scene that the listener could see clearly, and feel deeply. This one was special. This one was also so sad. How could you not feel for the woman waking up to find the note that her man had left her for good, that he had gotten to Phoenix by the time she read the note. This one was just so heartbreaking and we just could not stop listening to it. Glen Campbell sold this one so well. His phrasings, his resonance. Such a brilliant recording and  collaboration between two amazing artists.

If we had to chooses the best opening line of any pop song in history, this one would be it. Glen Campbell’s vocal was so perfect on Jimmy Webb’s masterpiece Wichita Lineman. Glen Campbell recorded this incredible version in 1968. The recording was a huge hit. Glen Campbell’s version hit number three on the Billboard Hit 100 in 1968. The song had even greater success on the Billboard Country Music Charts where it hit number one and the Billboard Easy Listening Charts where it also hit number one. A year later, a very cool version was recorded by Sergio Mendes And Brasil 66. R.E.M. released a live version of the song in 1995.

I am still singing this song. This is just one of those songs that once you hear it, you can never get it out of your head. One of our favorite songs from the 1960s was The 5th Dimension’s version of Jimmy Webb’s grand song “Up Up And Away.” The song was a huge hit in 1967 and 1968. The song and recording won six Grammy Awards in 1968. If you were alive in the sixties this song was a part of your daily life.

If there ever was an ultimate one that got away song, it was Jimmy Webb’s The Worst That Can Happen. The classis version of this heart breaking song was recorded by Johnny Maestro & The Brooklyn Bride. Maestro’s version was recorded in 1968. The song hit number three on the Billboard Hot 100 for the Brooklyn Bridge. The Fifth Dimension also recorded a version of the song in 1967.

We wondered which Jimmy Webb songs we would pick for the number one spot on the list. Jimmy Webb has written so many classic songs, we knew it would be tough. It soon became clear that the Richard Harris version of Macarthur Park would take the top spot. Yet, we know nobody knows what “left a cake out in the rain,” means. But so what, that’s art. This was such a brilliantly written song and the fact that two artists that were so different in Richard Harris and Donna Summer had massive hits with the song just defines the greatness of the song.